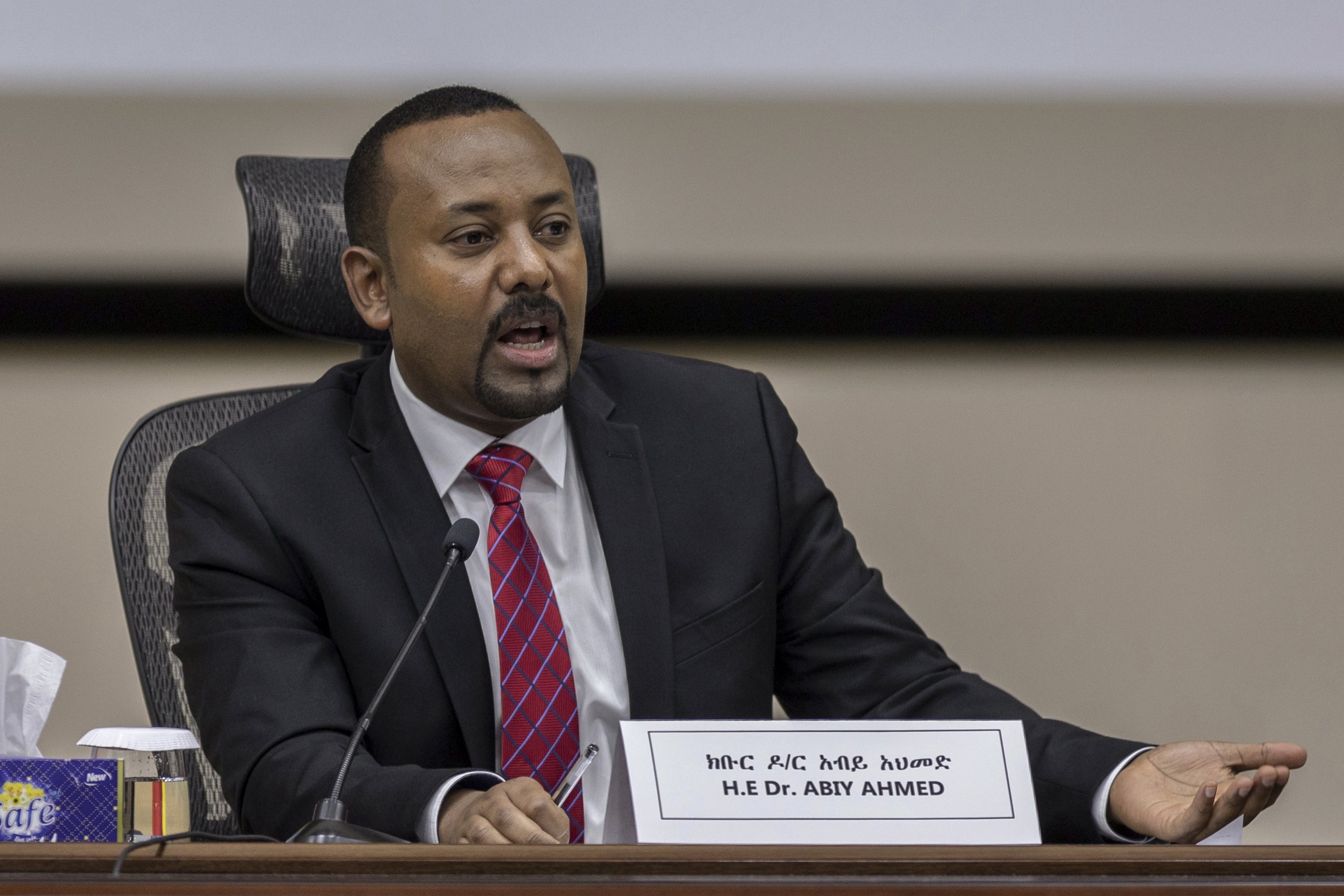 The statement from Prime Minister Abiy Ahmed’s office comes after intense pressure from the United States and others to address the deadly crisis in Tigray.

Abiy’s statement after a visit to Eritrea said Ethiopian forces will take over surveillance of border areas “with immediate effect.”

Abiy only in the last week has acknowledged the presence of Eritrean soldiers, long an enemy of the Tigray leaders who once ruled the Ethiopian government.

The new statement does not say how many Eritrean soldiers have been in Ethiopia, although witnesses have estimated well at thousands.

There was no immediate comment from Eritrea, one of the world’s most secretive countries.

Abiy shocked the region in 2018 by making peace with Eritrea after a lengthy border war in the Tigray region, an achievement for which he was awarded the Nobel Peace Prize. But since the current Tigray conflict began in November, Abiy has been accused of partnering with Eritrea to hunt down the now fugitive leaders of Tigray.

The Abiy statement accuses former Tigray leaders of starting the conflict by attacking Ethiopian forces and then dragging Eritrea into the fighting by firing rockets at the Eritrean capital. But witnesses have denounced the involvement of Eritrean soldiers since the beginning of the fighting.

Weeks ago, the United States demanded that Eritrean soldiers leave Tigray immediately, and the pressure increased in recent days with the Biden administration sending Senator Chris Coons to Ethiopia nearly a week ago to chat for hours with Abiy.

No one knows how many thousands of people, especially civilians, have died in the fighting in Tigray. The region of some 6 million people has been largely isolated from the world and, despite some progress in delivering aid, humanitarian workers have warned that the food and other supplies arriving are far from sufficient amid the fear of famine.

And only in recent days has the United Nations human rights office said it was allowed to enter the Tigray region with limited capacity to support investigations of alleged atrocities, including mass rapes by Eritrean soldiers and others.

A spokeswoman for the Abiy office did not immediately respond to questions about Friday’s statement, including why the Eritreans had not withdrawn after previous requests.