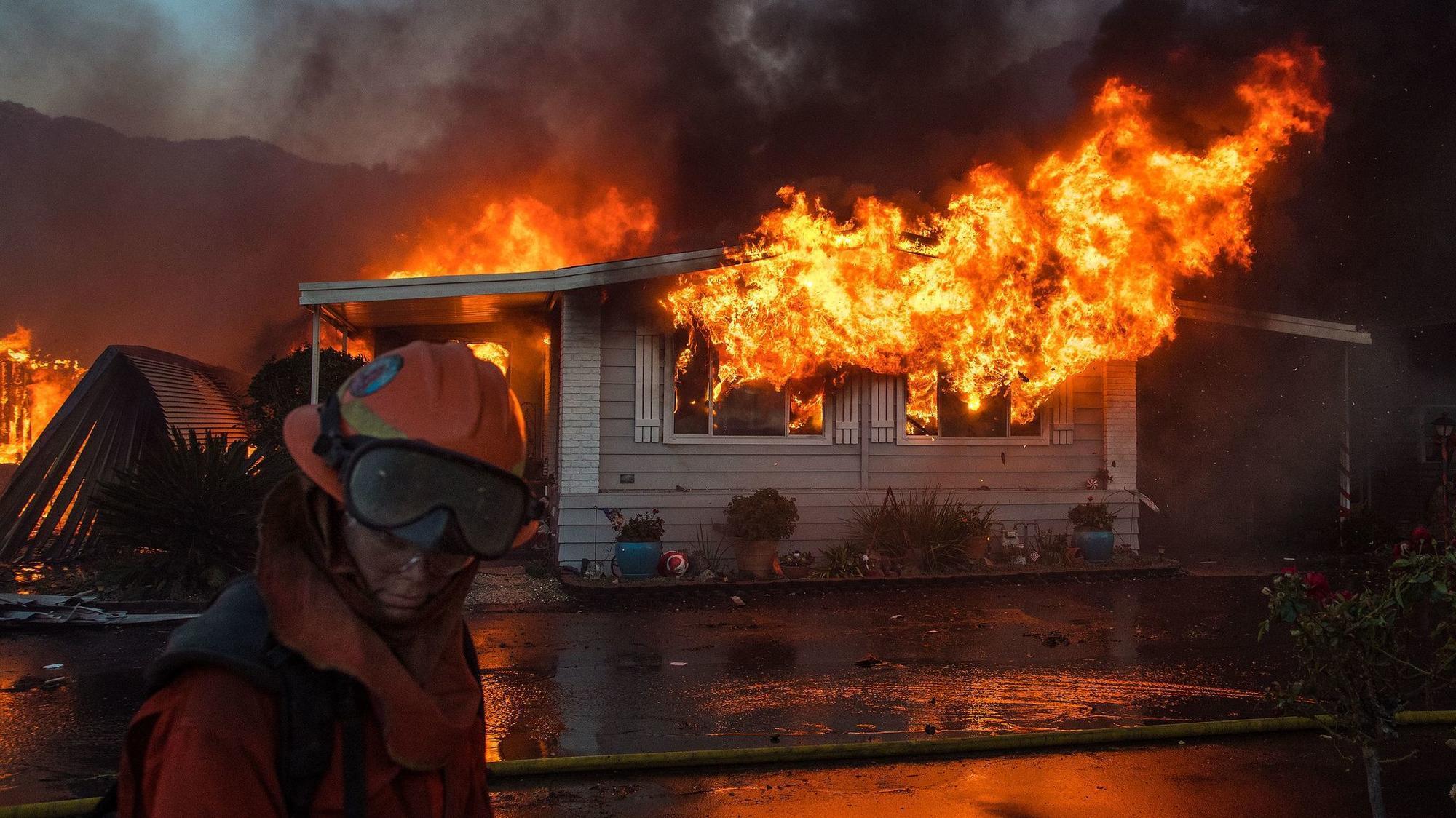 Good morning, and welcome to the Essential California newsletter. It is Friday, December 8, and this is what happens in California:

The flames roar in Southern California

The powerful winds of Santa Ana helped fuel the new destructive forest fires in southern California on Thursday that forced evacuations while firefighters slowly progressed in others. In north of San Diego County, a fire spread through the Bonsall area, carbonized more than 4,000 acres, destroyed 20 structures and threatened 1,000 more in the rural area of ​​horses and farmland. In Murrieta, a fast-moving forest fire destroyed at least one house and triggered evacuations. The fire, reported about 1:15 p.m. Near the roads of Los Alamos and La Libertad, it razed 300 acres in about three hours, according to Cal Fire. Los Angeles Times

– The Thomas Fire was yet another in the chain of heartrending forest fires that are sweeping 2017 in the state's record books. All of them have had something in common: ferocious and dry winds from the interior that quickly turn a fire into a hell. Los Angeles Times

– Times columnist Robin Abcarian was in Ventura County this week and writes about feeling hypnotized by the terrible beauty of the flames, while waiting for the Santa Anas to do the worst. Los Angeles Times

Tale touching: In a humble ceremony, L.A. The unclaimed dead of the county were remembered. Many of the dead do not have "anyone but the county" and those who attend to mourn them, said L.A. County Supervisor Janice Hahn. Los Angeles Times

The Queen at 50: Half a century ago, the Queen Mary sailed for the port of Long Beach, her marine days behind her. On Friday and Saturday, an anniversary weekend weekend party will celebrate your arrival. Los Angeles Times

IMMIGRATION AND THE BORDER

One step forward: A committee of the Los Angeles City Council endorsed a plan on Thursday to formally declare LA a "city of sanctuary", a symbolic gesture that arises as the city continues to fight against the administration of President Trump for immigration policies. Los Angeles Times

That tax bill! Californians may still retain their ability to deduct state and local taxes from their federal returns under Republican reform, but with a trap. The total annual deduction would be limited to $ 10,000 which is the same level as a limited deduction for property taxes that already include the plans of the House and the Senate. Los Angeles Times

In addition: Vulnerable Republicans in California say they are watching closely how House leaders work on a final bill with the Senate hoping they will recover some popular deductions that would reduce tax bills in their districts. Los Angeles Times

Nunes is acquitted: The House Ethics Committee exonerated Devin Nunes on Thursday of accusations that the Tulare congressman disclosed clbadified information related to the investigation of the House of Russian interference in the 2016 elections. Los Angeles Times

A new leader: State Senate Leader Kevin de Leon said on Thursday that the Democratic Senate Caucus is supporting Sen. Toni Atkins (D-San Diego) will badume the position of President of the Senate pro tem in 2018 after the January elections. Los Angeles Times

Vendor agreement: Los Angeles lawmakers have agreed to spend up to $ 150,000 to settle a lawsuit filed by street vendors who claimed that their cars and other belongings had been inappropriate. caught and destroyed. Los Angeles Times

After the shooting: A The Los Angeles County jury awarded $ 3.6 million to the family of a 28-year-old man who was killed by sheriff's deputies in a Shooting recorded on video that attracted attention in 2015, lawyers said Wednesday. Los Angeles Times

Only in California: A jury awarded $ 85,000 to the wife of former San Diego mayor Roger Hedgebad for the rupture of the bad implants she suffered during a fall on the sidewalk of 2015. San Diego Union-Tribune

Interesting study: The state's primary environmental law that governs development does not block development from what actually It happens, according to a state study published Thursday. Los Angeles Times

Are they tulips? The price of Bitcoin is skyrocketing. Even Uber drivers and house cleaners want to enter. Los Angeles Times

Music! Jazz singer Gregory Porter had his adoration in mind when he performed at the Ace Hotel earlier this week. Los Angeles Times

The Homeless Epidemic: "Like other major cities along the West Coast, San Diego is struggling with a crisis of homeless people, in a place that calls itself as "the richest city in the United States", known for its sunny climate, surfing and fish tacos, the growing real estate values ​​have contributed to generating a spiral of homeless people leaving more than 3,200 people living on the street or in their cars. " Associated Press

The memory of today's California comes from Jean Stevens:

"When the fires burn in Bel-Air, I think of my father, who was a Hollywood fireman in the decade of 1940 and later his courageous acts as captain of the LA Fire Department in Los Angeles My grandmother was born in Los Angeles in 1900. She used to tell me about driving in a covered car to Redondo Beach from downtown Los Angeles. driving the highways to downtown Los Angeles and was part of a female management team that filed a major lawsuit against Pacific Telephone Co. for equal pay in the 1960s. I graduated from Huntington Beach High School 50 years ago. to the legendary Hawaiian, Duke Kahanamoku and my nerve to tell him that he did not agree with his election for the winner of the US Surfing Championship, today I live high in the mountains of New Mexico, but I will never forget the singing of Mamas & the Papas from the radio of my "California Dreamin" car while driving on the Pacific Coast Highway on my VW Bug. "

If you have memory or history about the Golden State, share it with us. Send us an email to let us know what you love or remember fondly about our state. (Keep your story in 100 words)

Let us know what we can do to make this newsletter more useful to you. Send comments, complaints and ideas to Benjamin Oreskes and Shelby Grad. Also follow them on Twitter @boreskes and @shelbygrad .