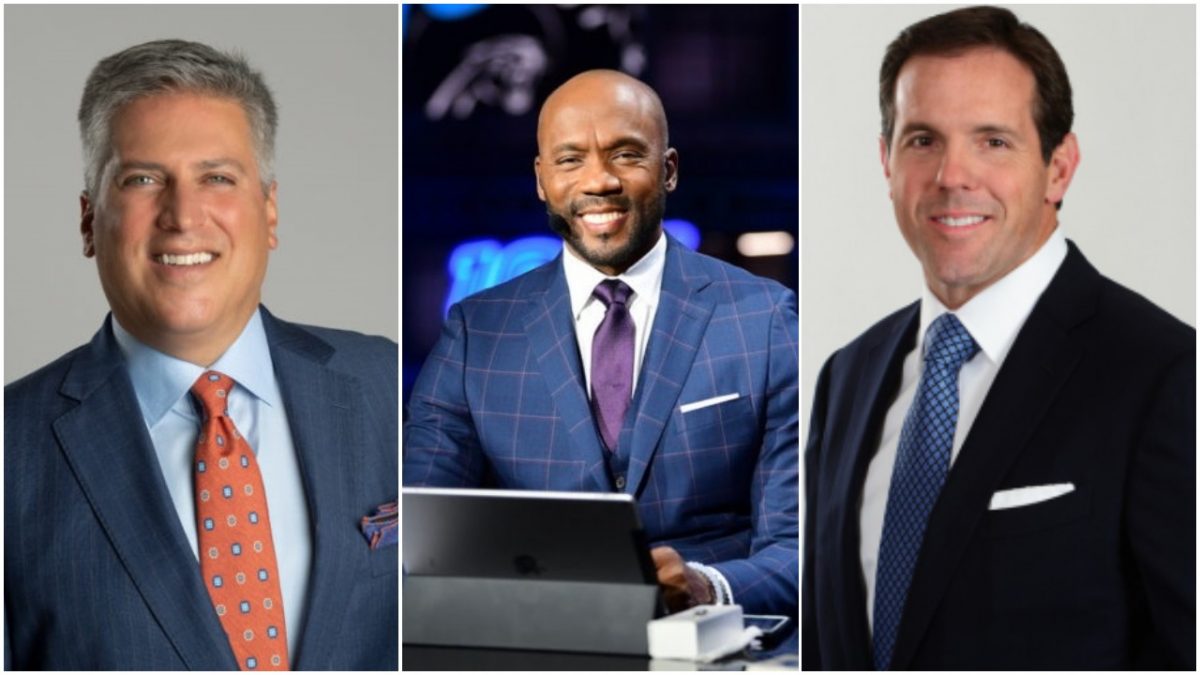 There is plenty of speculation as to who will fill it Monday Night Football Booth this year. Once ESPN decided to move on from Joe Tessitore and Booger McFarland, but hit names like Peyton Manning, it reduced things significantly (ESPN decided to keep things at home).

Now, we have an answer, thanks to Jim Miller, who revealed that Steve Levy, Brian Griz and Louis Riddick will be the new crew for ESPN:

*.@Giants Vs @steelers Is the first game with @cbfowler And. @KirkHerbstreit

So, based on that, Fowler and Herbstreit would be saying at least one MNF game, and it would actually be the start of the season, the Giants vs. Steelers at 7:15 pm ET. Then at 10pm the Titans-Broncos will have Levi, Gresh and Riddick behind, leaving a clear group behind. Along with Laura Rutledge, the three of them were tapped for last year’s doubleheader work, and Levi and Gris have experience together calling college games for ESPN.

Louis Riddick will be the football analyst for this fall on Monday night. Great news for those of us who have appreciated his preparation and honesty on the air for years.

One variable, however, Miller noted is that college football may have an impact on the final decision as the season worsens. If Fowler and Herbstreit can end up in the MNF booth, it appears they don’t have a college game to work on this fall. Setting them up for a game makes sense, because, ESPN can essentially still flip a switch and push Fowler and Herbstreit forward. And even though they are doing just one week this year, it could also give a useful audition if ESPN decides to change things again after this season.

Hopefully, Louis Riddick will somehow end up in the booth. When Ajful Announcing held a round table discussing who should be in the booth, our Matt Clapp expressed Riddick’s strength and appeal:

I’ll keep calling it (like the round table about last year’s Jason Witten) – just put Louis Riddick in the booth already.

Riddick has an excellent football mind (and has interviewed for NFL GM positions), and breaks down the game exceptionally well for any level of football fan to appreciate. He is well spoken, and brings enough personality where he will not bore the viewer. He is the safest pick, which should mean a lot to ESPN considering how many times they have been stuck in this mercenary. And he is likely to be the best pick, especially if ESPN is only going with internal options.

So, after months of debate, discussion and reporting, we now have our answer: ESPN’s Monday Night Football team Steve Levy, Brian Griz and Louis Riddick.