Escalation of violence increases pressure for sanctions on Myanmar 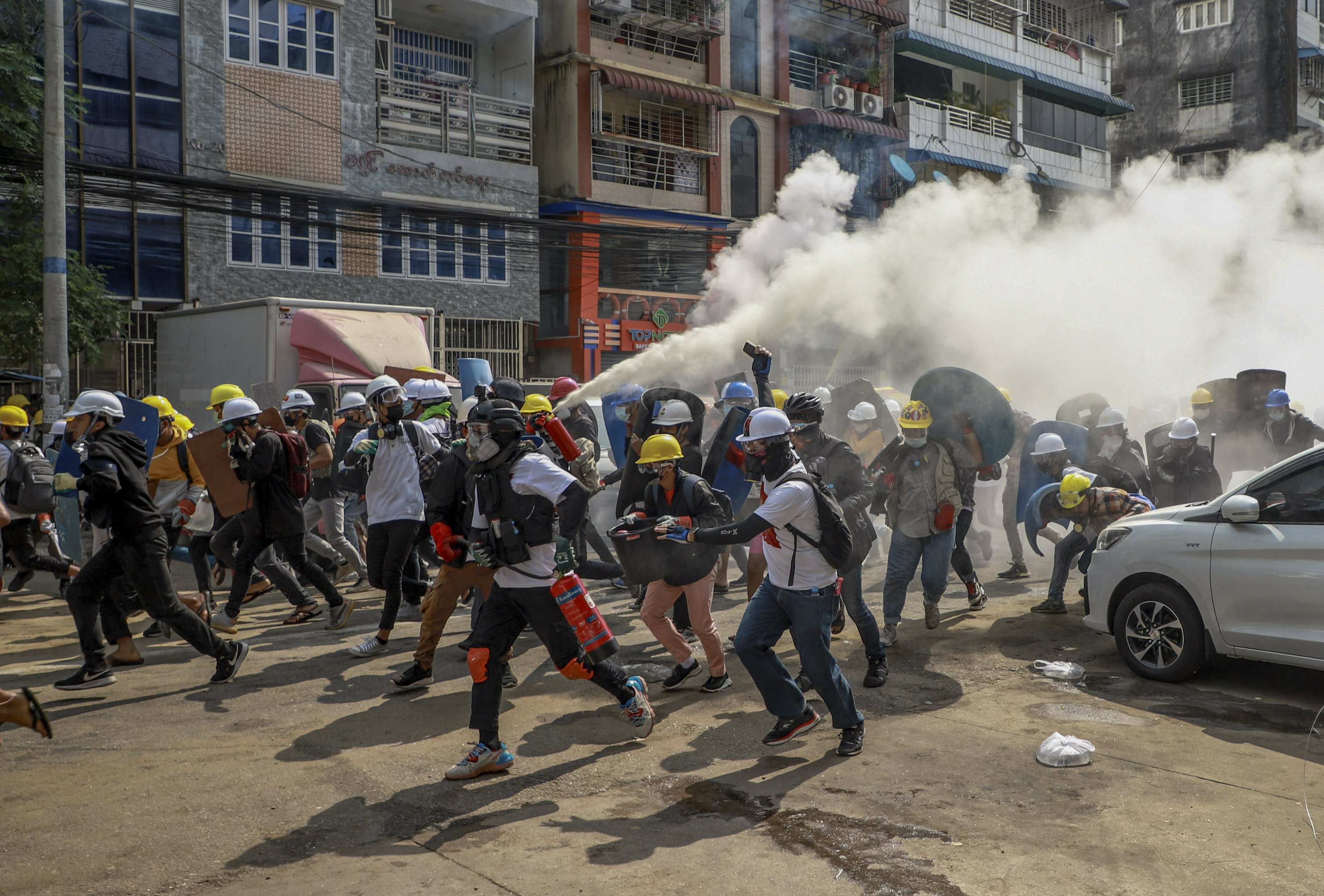 BANGKOK (AP) – The escalation of violence in Myanmar as authorities crack down on protests against the Feb. 1 coup is increasing pressure for more sanctions on the junta, even as countries battle over how best to influence military leaders accustomed to world condemnation.

The challenge is made doubly difficult by fears of harming ordinary citizens who were already suffering an economic downturn exacerbated by the pandemic but who face risks of arrest and injury to express outrage at the military takeover. Still, activists and experts say there are ways to increase pressure on the regime, especially by cutting off sources of funding and access to the tools of repression.

The UN special envoy on Friday urged the Security Council to act to quell the junta’s violence that this week killed about 50 protesters and injured many more. More shootings were reported over the weekend and a coalition of unions called a strike for Monday.

“There is an urgency for collective action,” Christine Schraner Burgener said at the meeting. “How much more can we allow the Myanmar military to get away with it?”

However, coordinated UN action is difficult, as permanent Security Council members China and Russia would almost certainly veto it. Myanmar’s neighbors, its main trading partners and sources of investment, are also reluctant to resort to sanctions.

But most of the military’s economic interests remain “largely unchallenged,” said Thomas Andrews, the UN special rapporteur on the rights situation in Myanmar, in a report released last week. Some governments have stopped aid and the World Bank said it suspended funding and was reviewing its programs.

It is not clear whether the sanctions imposed so far, while symbolically important, will have much influence. Schraner Burgener told UN correspondents that the military ignored a warning of possible “huge and strong measures” against the coup with the reply that “We are used to sanctions and we survived those sanctions in the past.”

Andrews and other experts and human rights activists call for a ban on relationships with the many Myanmar companies associated with the military and an embargo on arms and technology, products and services that authorities can use for surveillance and violence.

The activist group Justice for Myanmar issued a list of dozens of foreign companies that it says have provided such potential tools of repression to the government, which is now fully under military control.

He cited budget documents for the Interior Ministry and the Ministry of Transport and Communications showing forensic data purchases, tracking, password recovery, drones and other equipment from the US, Israel, the EU, Japan and other countries. These technologies can have benign or even beneficial uses, such as fighting human trafficking. But they are also being used to track protesters, both online and offline.

One idea that is gaining support is to prevent the board from accessing vital oil and gas revenues paid for and held in banks outside the country, said Chris Sidoti, a former member of the UN Independent International Investigative Mission in Myanmar, in a press conference on Thursday.

Oil and gas are Myanmar’s largest exports and a crucial source of foreign exchange needed to pay for imports. The country’s oil, gas and mining industries, valued at $ 1.4 billion, account for more than a third of exports and a large part of tax revenue.

“You have to cut the money supply. That is the most urgent priority and the most direct step that can be taken, ”said Sidoti, one of the founding members of a recently established international group called the Special Advisory Council for Myanmar.

Unfortunately, such measures may require commitment and time, and “time is not on the side of the Myanmar people at a time when these atrocities are taking place,” he said.

Myanmar’s economy languished in isolation after a coup in 1962. Many of the sanctions imposed by Western governments in subsequent decades were lifted after the country began its turbulent transition to democracy in 2011. Some of those restrictions were reestablished after brutal 2017 army operations against the Rohingya Muslim minority in Rakhine State, northwestern Myanmar.

Australia said on Monday it suspended defense cooperation with Myanmar and was redirecting humanitarian aid due to the coup and the arrest of an Australian citizen. Sean Turnell, an advisor to leader Aung San Suu Kyi, who is being held by the junta, was detained a few days after the coup.

The European Union has said it is reviewing its policies and is ready to adopt restrictive measures against those directly responsible for the coup. Japan, likewise, has said it is considering what to do.

The Association of Southeast Asian Nations, or ASEAN, called a virtual meeting on March 2 to discuss Myanmar. Later, its president issued a statement calling for an end to the violence and the talks to try to reach a peaceful settlement.

But ASEAN admitted Myanmar as a member in 1997, long before the army, known as the Tatmadaw, launched reforms that helped elect a quasi-civilian government led by Aung San Suu Kyi. Most ASEAN governments have authoritarian leaders or a one-party government. By tradition, they are committed to consensus and non-interference in the internal affairs of others.

While lacking an appetite for sanctions, some ASEAN governments have vehemently condemned the coup and the ensuing arrests and killings.

Marzuki Darusman, an Indonesian lawyer and former chairman of the Investigative Mission that Sidoti joined, said he believes the increasing and brutal violence against protesters has shaken ASEAN’s stance that the crisis is a purely internal affair.

“ASEAN considers it imperative that it play a role in resolving the crisis in Myanmar,” Darusman said.

Thailand, with a 2,400-kilometer (1,500-mile) long border with Myanmar and more than 2 million migrant workers from Myanmar, does not want more people to flee to its territory, especially at a time when it is still battling the pandemic.

Kavi Chongkittavorn, a senior fellow at the Institute for Security and International Studies at Chulalongkorn University, also believes ASEAN wants to see a return to civilian rule in Myanmar and would be better off taking a “carrot and stick” approach.

But the greatest hope, he said, is with the protesters.

On Saturday, some protesters expressed their disdain by serving Myanmar beer, a local brand made by an army-linked company whose Japanese partner Kirin Holdings is pulling out, at people’s feet, seen as a grave insult in some parts of Asia.

“The people of Myanmar are very brave. This is the number one pressure on the country, ”Chongkittavorn said at a seminar held by the East-West Center in Hawaii. “It is very clear that the board also knows what they must do to move forward, otherwise the sanctions will be much more severe.”