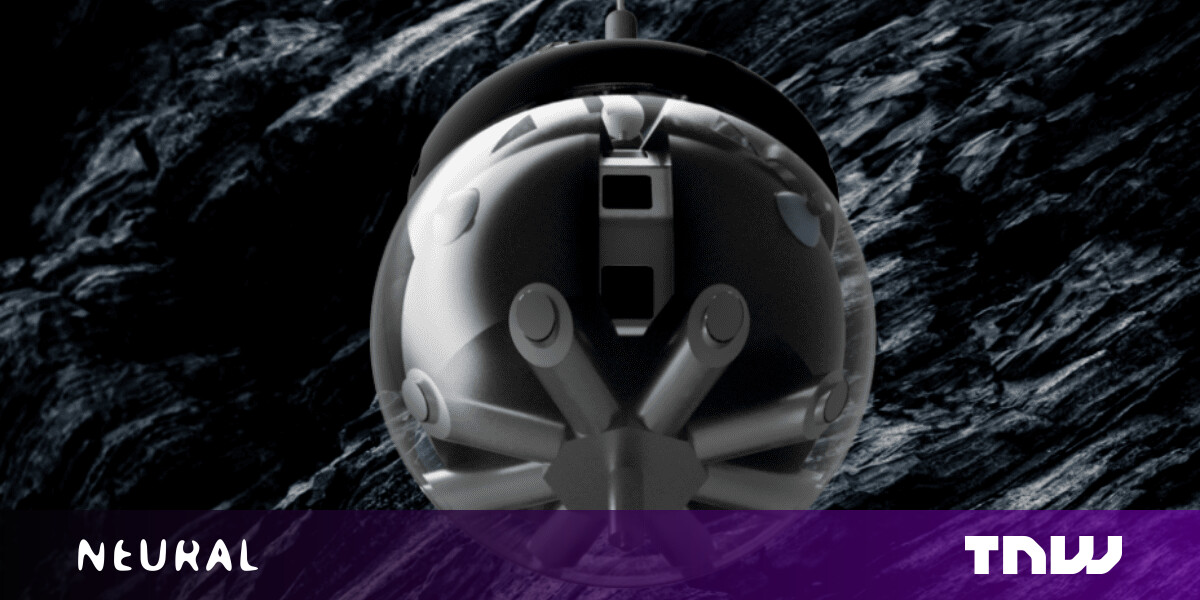 Humans aspired to colonize the Moon for centuries, but the celestial body has an extremely hostile environment.

The safest places for settlers could be under the surface of the Moon.

The European Space Agency (ESA) believes that lunar caves could provide shelter from radiation, micrometeorites and extreme temperatures, and perhaps even access to water ice reservoirs.

The agency is currently testing an autonomous robot that it hopes will offer new insights into conditions in the caves.

[Read: How to use AI to better serve your customers]

Called DAEDALUS, the 18-inch sphere was lowered into the mouth of a cave on a long strap and then used its own power to roll. The tether would also serve as a Wi-FI receiver that sends back the data collected by the probe.

The cameras and sensors installed in DAEDALUS would then map the interior of the cave, study the surroundings, and search for ice deposits.

Dorit Borrmann, a member of the DAEDALUS team, said that the robot will have to be robust to survive on the Moon:

The design is driven by the requirement to observe the environment in 360 degrees and the need to protect the interior from the harsh lunar environment. With the cameras acting as a stereo vision system and laser distance measurements, the sphere detects obstacles during descent and navigates autonomously when it reaches the pit floor.

The device is being developed by a team from the University of Würzburg, as part of an ESA study on lunar cave exploration.

Ultimately, the agency hopes to find resources and locations that bring us closer to building a human settlement on the Moon.

With Mars getting all the attention these days, it’s good to see that our closest neighbor in space hasn’t been forgotten.

Greetings humanoids! Did you know we have an AI newsletter? You can subscribe right here.