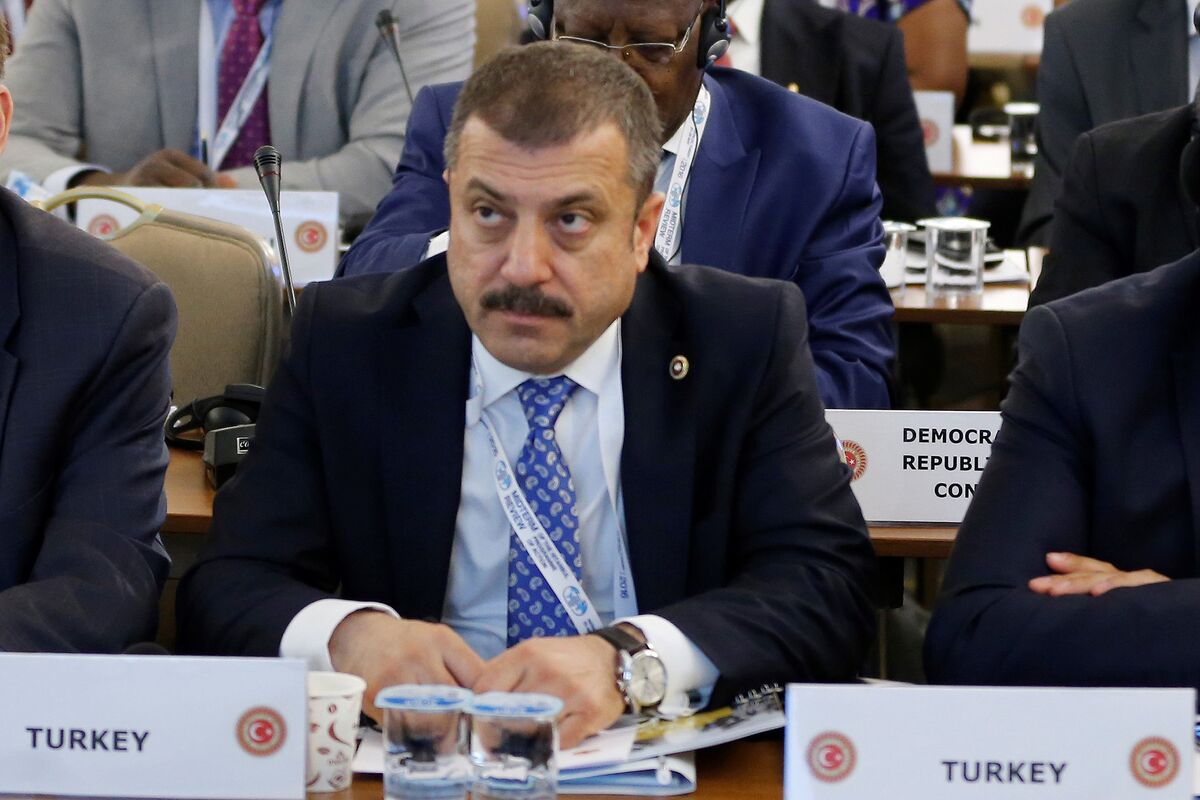 Two days after a larger-than-expected interest rate hike, Turkish President Recep Tayyip Erdogan removed the third governor of the country’s central bank in less than two years and replaced him with an advocate for lower rates.

Erdogan fired Governor Naci Agbal, who was appointed in November, and gave the job to Sahap Kavcioglu, according to a decree published after midnight Saturday in the Official Gazette. Agbal’s abrupt removal comes on the heels of a 200 basis point hike in interest rates by the central bank on Thursday, double what was expected in a Bloomberg survey.

Agbal took office as Turkey’s top banker after weeks of declines in the lira and raised the benchmark buyback rate to one week by a cumulative 875 basis points since then, boosting the central bank’s damaged credibility among investors. Erdogan, who supports an unconventional theory that high rates cause inflation, has for years frequently criticized the central bank when he thought it was setting borrowing costs too high.

Kavcioglu is a professor of banking at the University of Marmara in Istanbul and a columnist for the official Yeni Safak newspaper. The newspaper criticized the monetary authority’s latest interest rate hike on its front page on Friday, saying the decision “turned a deaf ear” to Turkey’s 83 million inhabitants, would harm economic growth and would primarily benefit “homeowners.” London-based hot money “.

In a column published by Yeni Safak on February 9, Kavcioglu said it was “sad” to see columnists, bankers and business organizations in Turkey seeking economic stability with high interest rates at a time when other countries had negative rates.

“The central bank should not insist on high interest rates,” he wrote. “When interest rates in the world approach zero, raising interest rates here will not solve our economic problems. On the contrary, it will deepen them in the period to come. “

Kavcioglu takes over after the pace of inflation accelerated for a fifth month in February to nearly 16%. The currency has taken one of the worst hits among its peers due to the rally in US Treasury yields, falling more than 7% since mid-February and adding to Agbal’s calls to support the market with higher rates.

Despite the recent slide, the lira strengthened around 18% during Agbal’s brief tenure, as expectations rose that it would return to more orthodox monetary policies and resist political pressure to reduce borrowing costs.

The government’s growth momentum in 2020 saw the currency weaken by 20% against the dollar, keeping consumer inflation in double digits throughout the year. But the economy achieved a 1.8% expansion despite the impact of the coronavirus pandemic and associated lockdowns, and grew 5.9% in the fourth quarter, faster than all other Group of 20 nations except China.

Turkey should abandon a tight monetary policy and focus on supporting investment, exports and employment that contribute to growth, Kavcigolu said in a recent column. “We have to give up interest rate hikes and bring borrowing costs, which directly impact investment and production costs, to reasonable levels,” he wrote in Yeni Safak on March 9.

Kavcioglu, who is also a former legislator for the ruling Ak Party, defended the reserve policies implemented from 2018 to 2020, when Turkey began spending its foreign currency reserves to try to prop up the lira in times of volatility. It also borrowed tens of billions of dollars through swap deals with commercial lenders.

Turkey’s total gross reserves, including gold and reserves held by the central bank on behalf of commercial lenders, fell 20% last year until Agbal’s appointment to $ 85.2 billion, while net foreign exchange reserves they fell more than half to $ 19.6 billion.

(Updates with economic context, markets of the eighth paragraph)