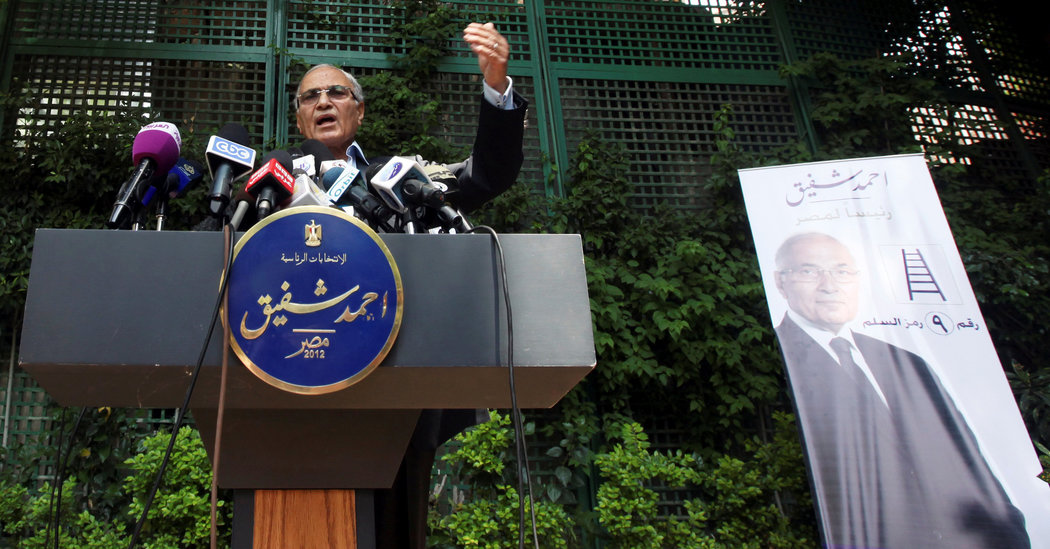 "We're all good," he said. "We're just worried because, you know, nothing is guaranteed."

But after that, Ms. Shafik could not be contacted, and other people in contact with the family said that the Emirati security agents were already inside the family home during their interview with The Times.

A short time later, the Egyptian lawyer of Mr. Shafik, Dina Adly, issued a concise statement. "The Emirati authorities have arrested Lieutenant-General Shafik from his home to deport him to Egypt, we have lost contact with everyone," Ms. Adly wrote on Facebook.

Mr. Shafik ran for president in 2012 as the candidate of the commercial and military establishment of Egypt, promising to restore order after the lifting of the Arab Spring the year before. He lost the elections by about two percentage points to Mohamed Morsi of the Muslim Brotherhood, whom Mr. Sisi removed in a military coup a year later.

Mr. Shafik fled to the United Arab Emirates after losing the election. When he left, prosecutors were investigating corruption charges related to his mandate as minister of civil aviation, in charge of the national airline and airports in Egypt, a position he held for a decade starting in 2001.

Mr. Sisi, then the defense minister, appeared in a pro forma presidential election in 2014. In a leaked recording of a telephone call, Mr. Shafik said he would not run because the vote would be "a farce."

"I know very well they will fix all the polls," he said. "This is going to be a comedy show."

Mr. Sisi was declared the winner with more than 97 percent of the votes in an election that observers said did not meet international standards.