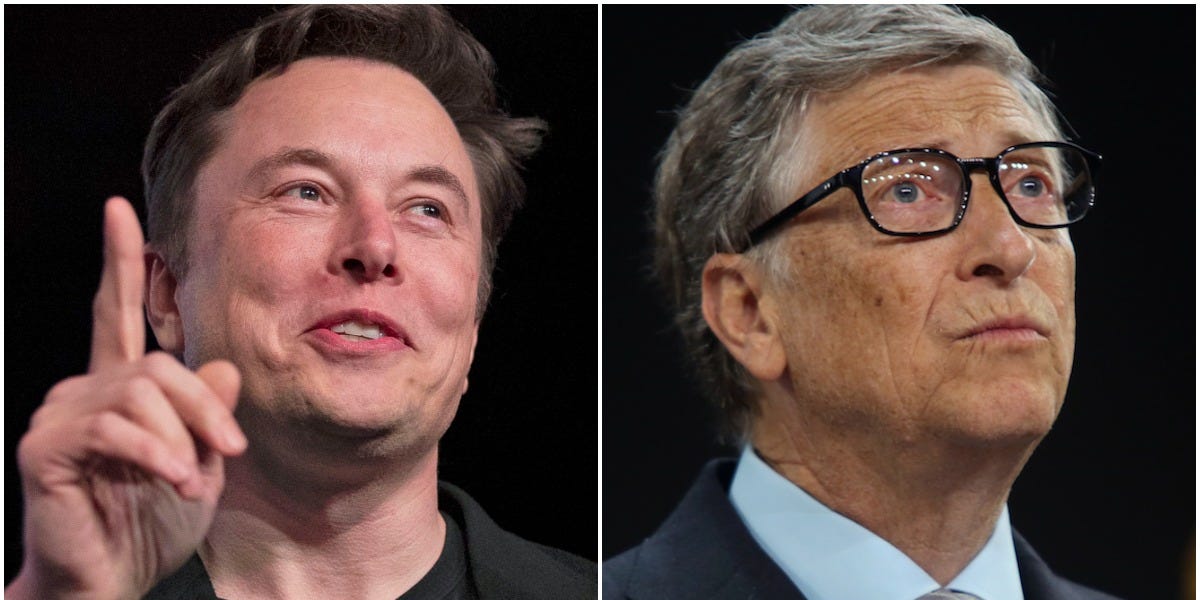 Tesla CEO Elon Musk criticized his fellow billionaire and philanthropist Bill Gates for his views on the viability of large electric vehicles.

Asked by a Twitter user on Saturday what he thought of Gates’ views, Musk replied: “He has no clue.”

Gates outlined his thoughts on electric vehicles in an August 24 blog post, which wrote that “better and cheaper batteries … hopefully EVS will be a realistic option for every car owner.”

But he also doubted whether current or future battery technology could be ready to drive even larger vehicles.

Gates, a Microsoft co-founder, wrote: “Even with major breakthroughs in battery technology, electric vehicles probably won’t be a viable solution for things like 18-wheelers, cargo ships, and passenger jets. Power works when you Cover is needed. Short distances, but we need a different solution for heavy, long haul vehicles. ”

Gates said alternative fuels such as biofuels or electrofuels may be better, a better way to power larger vehicles such as trucks. Batteries, he said, are too large and heavy for long distances.

Gates praised several automakers for producing all-electric pickup trucks such as GM, Ford, Rivian, and Bollinger, but failed to mention Tesla, the manufacturer of the Cybertbrook pickup.

Musk’s firm also works on electric trucks. The Tesla Semi was unveiled in 2017 and was scheduled to be shipped to customers in 2019. But the vehicle is two years behind schedule, with Tesla now hoping to get the vehicle to owners in 2021.

This is not the first time two billionaires have clashed. Gates has criticized Musk’s inaccurate public comments about COVID-19.

Musk, meanwhile, said that his prior conversation with Gates in February was “undergarment” as the Microsoft billionaire revealed that his first electric vehicle was not a Tesla, but a Porsche Tekken.