“I’ve got a new baby bump under my lady lumps,” Karla, or rather DeGeneres, told the audience.”You know what that means: Either I’m pregnant or I put my butt pad on backwards.”

DeGeneres, who’s dressed up as Karla before, went on to talk about the family’s rumored pregnancies. For those who haven’t been keeping up, Kim Kardashian confirmed she and her husband Kanye West are expecting their third child via surrogate. In September, several outlets reported Kylie Jenner is also expecting her first baby with Travis Scott and multiple sources told E! NewsKhloe Kardashian is expecting her first child with Tristan Thompson. Fans even claimed to spot Khloe’s baby bump underneath her Game of Thrones Halloween costume.

As a fake family member, DeGeneres claimed she had “breaking news” about another Kardashian sister.

“I’m not supposed to tell anyone, but I don’t care because I’m part of the family,” she said. “Kourtney is also pregnant as well.”

That’s when Kourtney Kardashian walked on to the stage to set the record straight.

“Stop making up rumors about me,” Kourtney told her fake sister. “I’m not pregnant.” Kourtney previously confirmed she’s not pregnant after she was interviewed for Grazia magazine.

“I confused you with Kendall,” DeGeneres said, “because Kendall is pregnant and I know that for a fact.”

Joining the family reunion, Kendall Jenner walked out and told the host, “I’m not pregnant either.”

But these weren’t the only celebrities to stop by the Ellen show. Former Saturday Night Live star Jay Pharoah also made an appearance and came dressed up as Shaquille O’Neal‘s cousin, who DeGeneres joked was Karla’s baby daddy. 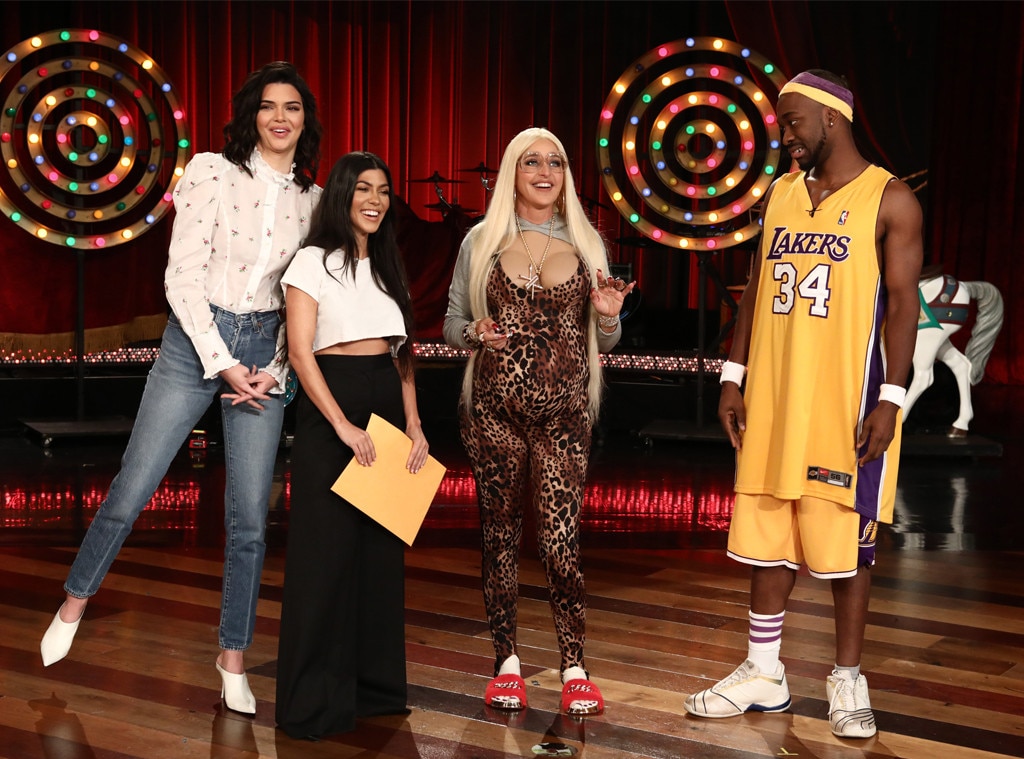 Watch the video to see DeGeneres’ Halloween costume and tune into The Ellen DeGeneres Show later today to see the full episode.