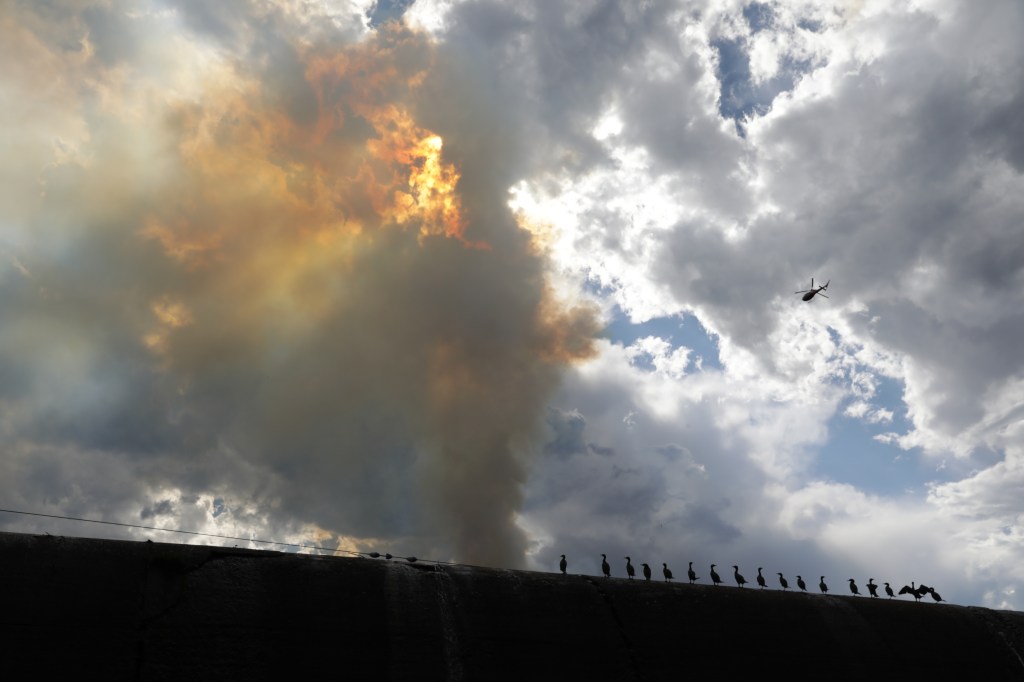 A forest fire in the Jefferson County Evergreen area on Monday afternoon led to the evacuation of some 1,000 houses, sheriff’s officials said.

The Jefferson County Sheriff’s Office issued an evacuation order for the Upper Bear Creek Road Elephant Butte area. The red evacuation area code initially had a radius of 5 miles, including around 250 homes, but has since been increased to an area that encompasses around 1,000 homes.

The evacuation area, at approximately 5:40 pm, is located on Upper Bear Creek Road south to Brook Forest Road and east to Colorado 73.

The notice says residents of the area are threatened and must leave immediately.

A tanker truck and three helicopters are working on the fire along with ground crews. More tankers are on the way, firefighters said.

The fire is burning Elephant Butte, west of Evergreen, with flames piercing through trees and rocky outcrops. In a briefing at 6:30 pm, firefighters said houses had not been burned and there were no reports of injuries.

#ElephantButteFire The evacuation area will be expanded soon #JeffCo Be on the lookout for updates pic.twitter.com/6tqIuwhTts

This story will be updated as more information becomes available.