Egyptian lawyer imprisoned for saying that women with ripped jeans should be raped – tech2.org 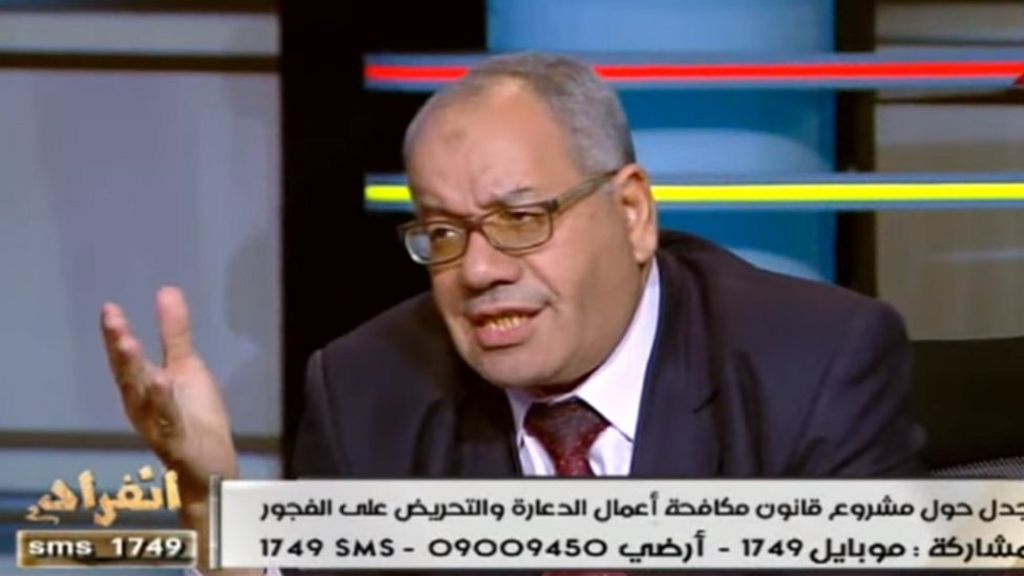 An Egyptian lawyer has been sentenced to three years in prison for saying that women who wear torn jeans should be raped as punishment.

The lawyer made the statements in a television program in October, during a debate on a bill on prostitution.

"Are you happy when you see a girl walking down the street with half of her behind? Demo?" he said.

He added: "I say that when a girl walks like this, it is a patriotic duty to harbad her badually and a national duty to rape her."

Mr. Wahsh said that women who wore revealing clothes "invited men to harbad them" and said that "protecting morale is more important than protecting borders."

The prosecutor filed charges against Mr. Wahsh after a public protest.

The National Council for Women's Rights condemned the remarks, saying that they were a "blatant call" for rape, in violation of "everything in the Egyptian constitution."

The council has filed a complaint about the statement to the Supreme Council of Media Regulation on the issue that was issued on October 19.

Mr. Wahsh previously called the Holocaust "imaginary" and declared himself a proud anti-Semite.

"If I see an Israeli, I will kill him," he said during a separate television program. [19659005] In October of last year, Mr. Wahsh was involved in a television set fight with a cleric, after the cleric suggested that women would not necessarily have to wear a headscarf.