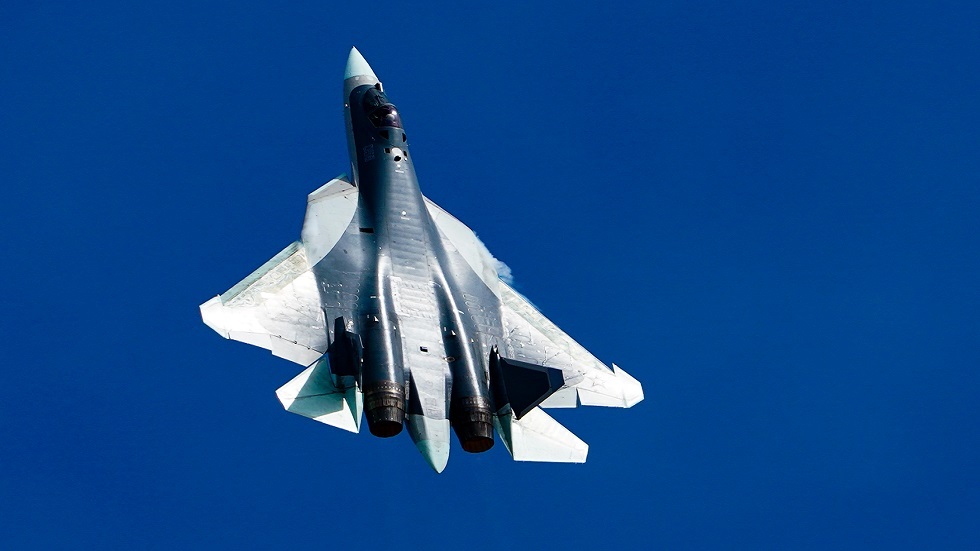 A source from the Russian aviation industry stated that the Russian fifth-generation “Su-57” fighter plane will be modified to control a group of small drones.

The source stated that the small multipurpose drones will be carried by the Russian fifth-generation “Su-57” fighter in and out of its structure.

The RIA Novosti news agency quoted the source as saying that the development of special equipment and programs aboard the Russian fighter jet has already begun, noting that “a ground test platform for the interaction of the drones with the combat aircraft carrier , and among them, it is also being built simultaneously using a semi-natural simulation system “.

The source noted that the single “Su-57” fighter will be able to carry “more than 12 small reconnaissance and combat aircraft, as well as electronic warfare devices in the interior cockpit of the fuselage.”

The source also revealed that “the devices that fall within the framework of the concept of collective use will interact through secure communication channels both with the complex on board the transport plane and with each other.”

The fifth-generation Russian fighter is supposed to launch a group of drones, for example, before entering the area of ​​operations of a hostile air defense system.

The source did not mention the type of drones that are planned to be used on the “Su-57” fighter.

A source from Russian defense industries had previously stated that an Air Force factory for multipurpose drones was being built, indicating that such drones would be launched in a squadron from a transport aircraft, with the aim of destroying air defenses. of the enemy or waging electronic warfare.

The source explained that these drones will be small and will be designed in the form of a winged missile, with a length of 1.5 meters, with a wing length of 1.2 meters, and a speed of up to 700 kilometers per hour, and will be equipped with a warhead weighing 7 kilograms.