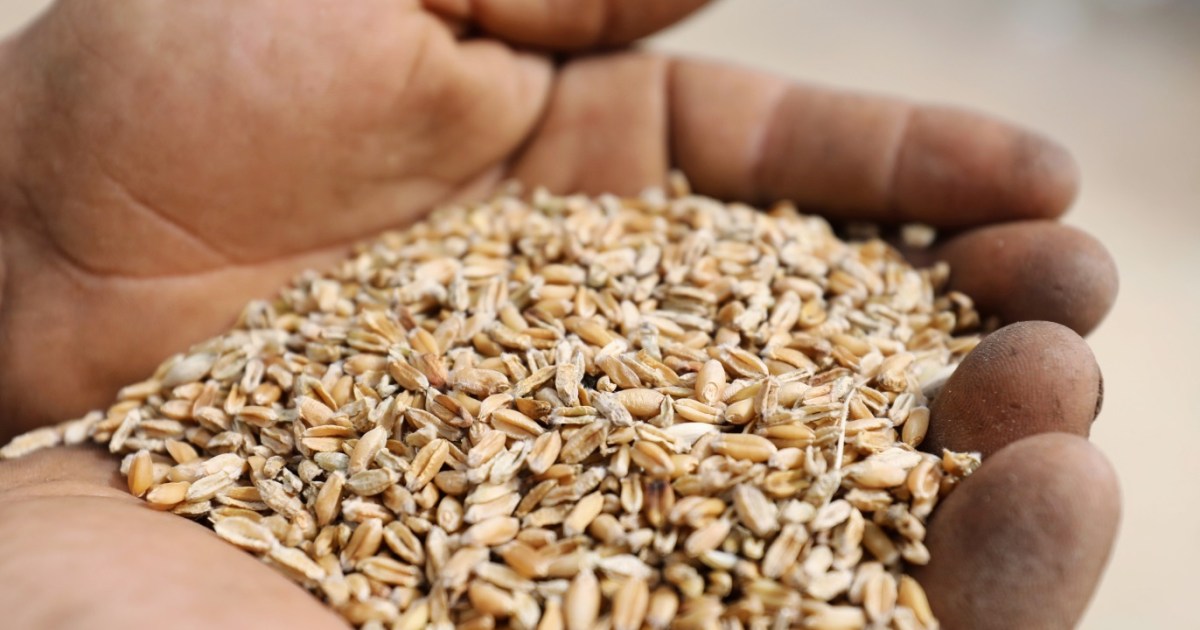 With the arrival of the holy month of Ramadan, many families in the Arab world struggle to find what they can offer at Iftar tables.

The British economist magazine stated that 960 million people around the world do not have enough food to enjoy good health, according to the United Nations World Food Program, some 64 million of them spread over 12 Arab countries.

Wars and economic crises have made hunger a bitter reality in the lives of many, and even the most stable governments are concerned about the impact of high food prices on a global scale.

The food crisis is most serious in both Syria and Yemen, where about half of the population is hungry, and the basic food basket in Syria (containing bread, rice, lentils, oil and sugar) in February was 222%. more expensive than last year, and now it costs more than twice the monthly salary of an ordinary civil servant.

In Yemen, the United Nations has repeatedly warned of impending famine. To make matters worse, aid agencies have cut food rations due to tight budgets, and fuel shortages in both countries have led to higher prices.

The Economist noted that meat is a luxury that many Syrians cannot afford, and prices for dairy products and fruits have skyrocketed. As for bread, which is a fortified product, in addition to being the cheapest source of calories, obtaining it requires spending hours waiting in long queues.

Before the war, Syria was growing enough wheat to meet its needs, and in a study published last year by Humboldt University in Berlin, satellite data showed that the country lost 943,000 hectares of cultivated land (about 20%) between 2010 and 2018.

Other countries like Lebanon face new challenges, as the financial crisis caused the currency to lose around 90% of its value, while food prices increased 417% last year, and with the import of many foods, local products became more expensive.

According to estimates by the American University of Beirut, the cost of preparing a simple breakfast consisting of soup, salad and a main dish with chicken each night in Ramadan is 2.5 times the minimum wage, or 675,000 Syrian pounds. In this situation, disputes abound in consumer complexes over subsidized basic items, and on April 13, a person was killed at a food distribution charity event.

In January, Goldman Sachs predicted the start of a “super cycle” for commodities with increased demand as a result of easing of epidemic restrictions and a weakening dollar. This is a matter of concern for Egypt, which imports about 13 million tonnes. Annually for fortified bread, the budget is based on an average price of around $ 200 per ton, and earlier this year, prices were in the $ 240 range, in part due to new export taxes in Russia. .

In this regard, the Egyptian finance minister said the government could begin to protect wheat contracts from future increases through hedging, and prices of rice, another staple material, rose to their highest levels in years.

The magazine explained that weak demand in Egypt has kept the inflation rate low so far, as food prices have been stable or declined in recent months, but prices may start to rise later this year. , and even a small increase can be significant. in a country that lives One-third of its residents earn less than 736 pounds ($ 47) a month.

The world food price index rose for the 10th consecutive month, reaching its highest level since mid-2014 in March, and food prices are the main cause of inflation in the Kingdom of Saudi Arabia, which rose 11% in February.

In the United Arab Emirates, one of the richest countries in the world, wealthy citizens and some expats spend up to $ 100 per person at Ramadan tables, but this did not stop ministers from discussing the idea of ​​fixing food prices. .

The country started growing its food in the desert, from tomatoes to quinoa, but it still imports 90% of its food needs.

With the currency pegged to the dollar, as is the case in most Gulf countries, a weak dollar means higher prices, and supermarkets have been asked to offer discounts during the month of Ramadan, and although the UAE may endure this luxury, the coming years can bring with them many challenges with respect to other countries.