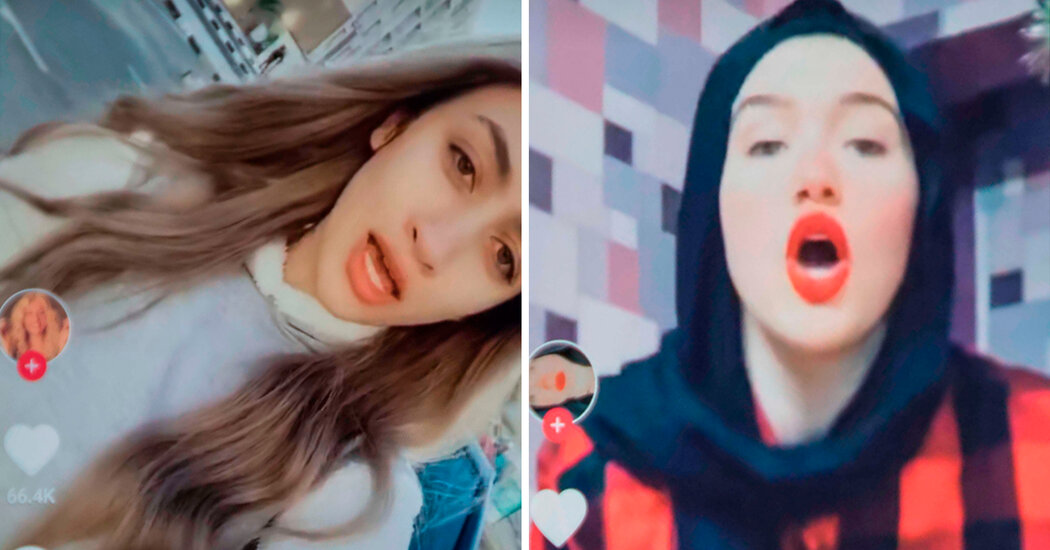 The two women convicted on Monday – Hanin Hosam, 20, and Mavda El-Adham, 22 – garnered millions of followers of the video posted on TeakTalk and other platforms, which show them dancing, singing and dancing about them. The clips are created based on social media standards, and there is nothing that will raise the eyebrow of a broadcast censor in the West.

Her lawyers said that the women who cried as a judge in the Cairo Economic Court sentenced. They were also fined about $ 19,000 each.

Ms. Hosam, a second-year archeology student at Cairo University, was arrested in April for a short Instagram video clip that prosecutors called “indecent.” In the video, she encouraged women to post their own videos for the app Like, which pays users based on the number of views they see.

“Everything she said in that video violated the law,” she said. “The video is proof of her innocence, not the opposite.”

Ms. El-Adam, a former beauty contest contestant on TeakTalk with 3.2 million followers, was on the run for days before her arrest in May, moving between the Cairo suburbs and Egypt’s Mediterranean coastline homes. During the trial, prosecutors slammed the videos she posted as “disrespectful and abusive”.

Many of the defendants, the daughter of a retired policeman, Ms. Al-Adham are from a solid middle-class family. She moved from the coastal town of Mursa homeland to Cairo four years ago to pursue her university studies, she said in a television interview in 2018. At the time, he worked in sales.