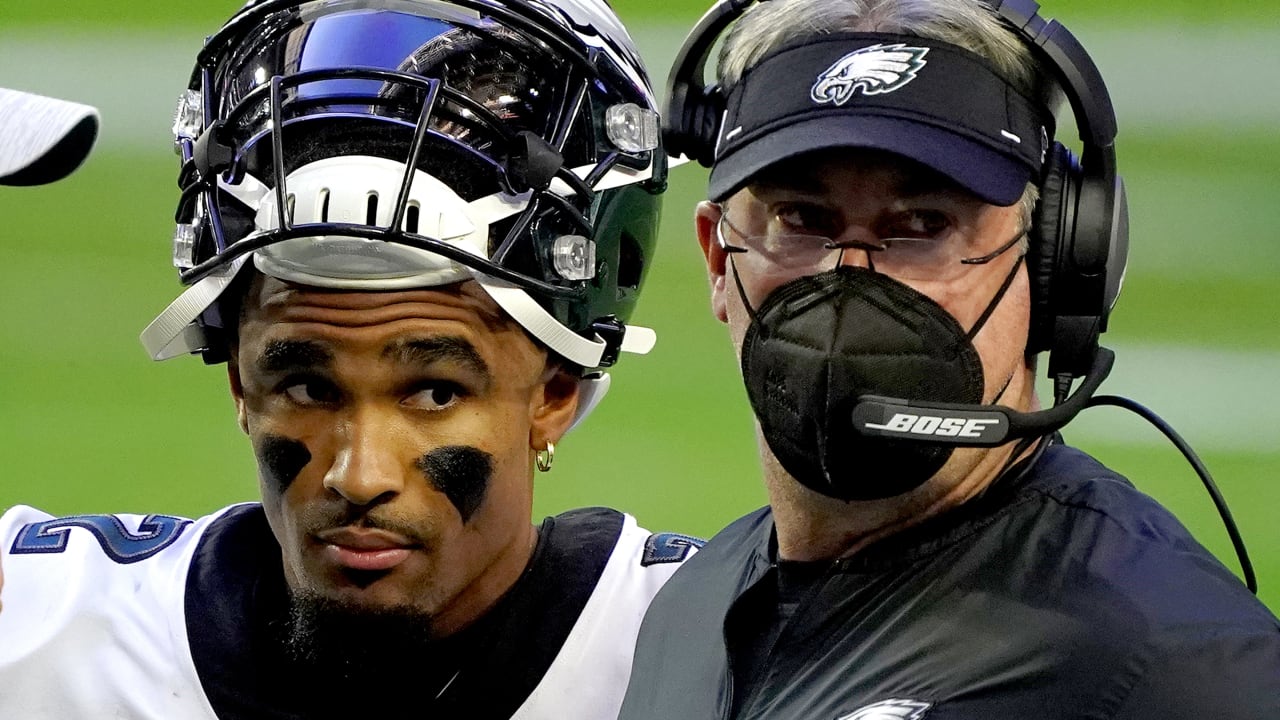 Jalan Hurts is making a second impressive start for the Philadelphia Eagles, but like the show after Hurts Week 14, he still should not be named the starting quarterback for the game.

After another excellent outing to the Arizona Cardinals at Hurts A Week 15, Eagles coach Doug Pederson did not name his starting quarterback for the next game, which the Eagles would face the Dallas Cowboys. Pederson said he would name the starter on Monday morning.

One would assume that Hurts would once again start in favor of Carson Wentz against the Cowboys, as many believe the New Orleans Saints would and would, in fact, be the case after the start of last week.

Another former Oklahoma quarterback, Kylar Murray, held in a very ballo-kicking fire with Hurts for 338 yards, three touchdowns, no interceptions and another score and 63 yards on the ground. The Cardinals prevailed, 33–26, and Hurts was hardly celebrating about his performance.

“I can’t sit here and talk about myself,” Hurts said, Via NBC Sports Philadelphia’s Reuben Frank. “Those 300 yards didn’t win us the game. If I threw five times and tripped three times and it’s 2-0 and we won, it all matters.”

In terms of advancing as the starting QB for the Eagles, however, Sunday’s performance went on too long – or at least it should.

But, for the second-straight Sunday, the answer for who the starting QB is for the Eagles will wait until Pedersen’s Monday confirmation.