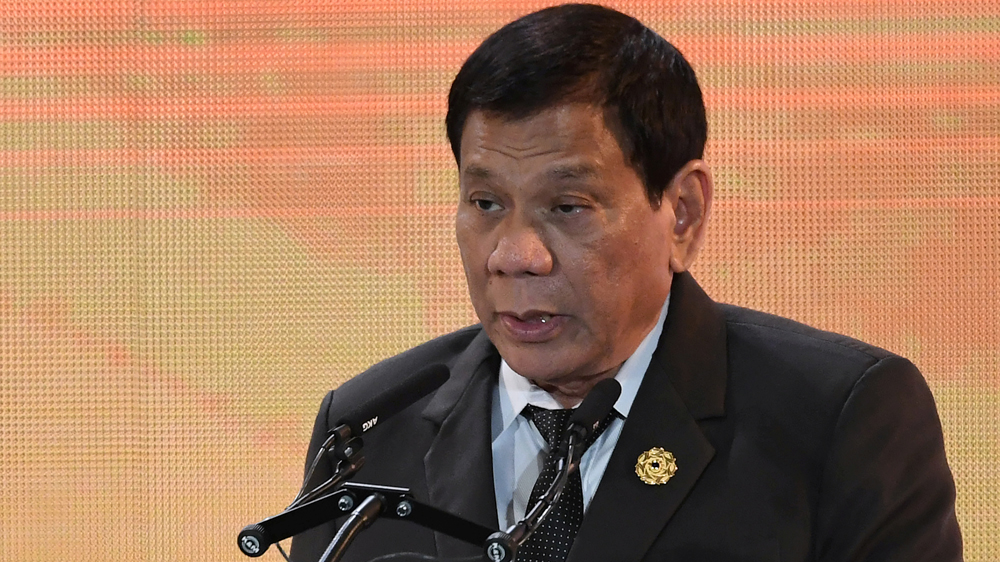 Philippine President Rodrigo Duterte has asked Congress to extend martial law in the southern region of Mindanao in one year for the "total eradication" of ISIL and communist fighters, according to local media.

In a letter sent to lawmakers The media of his office on Monday, Duterte said the measure was necessary to contain an ongoing rebellion by supporters of the Islamic State of Iraq and the Levante group (ISIL, also known as ISIS) and "communist terrorists (CT) and their coddlers, sympathizers and financiers".

"I ask the Philippine Congress to expand the proclamation of Martial Law and the suspension of the privilege of habeas corpus action throughout Mindanao for a period of one year from January 1, 2018," the letter said, shared by Rappler, a local news publication.

"It will be outside the limits of the media, a decision is expected for Friday," he said.

"Some fear that Duterte may be 'rehearsing' a national application of the strong man rule," he said.

Duterte initially imposed a military government in Mindanao in May. It was limited by the constitution to 60 days, but in July, a five-month extension was issued until December 31. 19659004] Hundreds of armed men razed Marawi in what authorities said was part of a campaign to establish a Southeast Asian caliphate for ISIL.

A military campaign backed by the United States and China took five months to defeat the group. more than 1,100 lives and leaving much of Marawi in ruins.

Although Duterte declared in October that Marawi had been "freed" and the military chiefs said that most of the group's leaders had been killed, authorities continued to warn that others who escaped are regrouping and recruiting in Mindanao.