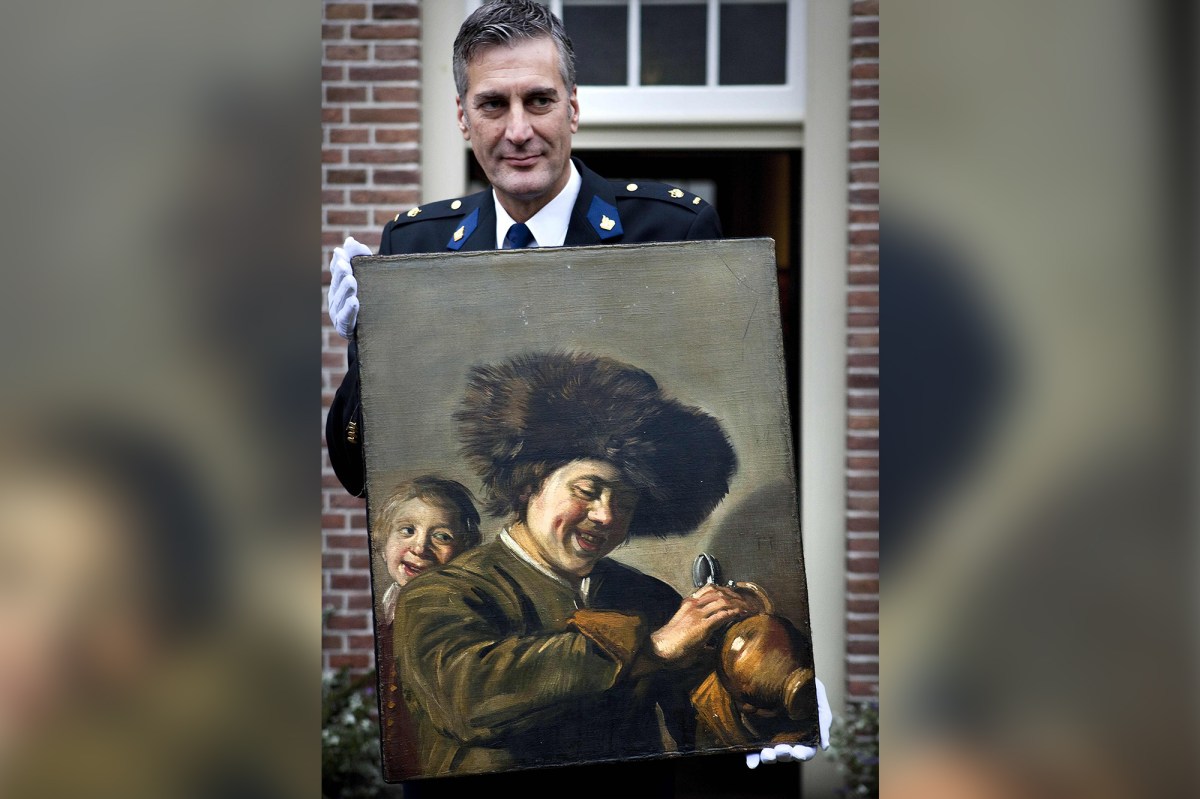 A 58-year-old man was arrested in the Netherlands for allegedly stealing two paintings by Dutch masters Vincent van Gogh and Frans Hals from museums closed due to the coronavirus pandemic, authorities said.

Police spokeswoman Maren Wonder announced on video Tuesday that the man was arrested in Baarn, a municipality about 40 kilometers southeast of Amsterdam, according to Reuters.

No details were released about the unidentified suspect.

The paintings – Van Gogh’s “Parsonage Garden at Nuenen in Spring” and Hals’ “Two Laughing Boys” – have not been recovered and they have asked the public for help locating them, Wonder said.

The Van Gogh is valued at up to $ 6.6 million and Hals’ painting, which dates back to 1626, has been valued at $ 18 million by an expert, the news agency reported.

“Intensive investigations into the theft of both paintings were carried out for months under the leadership of the public prosecutor,” the Dutch police statement said.

The Van Gogh was stolen on March 30, on what would have been the 19th-century painter’s 167th birthday, from the Singer Laren Museum near Amsterdam while it was closed due to anti-coronavirus measures, Agence France-Presse reported.

“Parsonage Garden” comes relatively early in the master’s career, before embarking on his trademark post-impressionist paintings as “Sunflowers”.

“Two Laughing Boys” was stolen during a robbery in August at the Hofje van Mevrouw van Aerden museum in Leerdam, according to AFP.

The painting, which shows two children laughing with a mug of beer, was previously stolen from the same museum in 2011 and 1988. It was recovered after six months and three years, respectively.

Dutch art detective Arthur Brand, dubbed the “Indiana Jones of the art world” for finding a series of lost paintings, praised police for his masterpiece necklace.

“Another great success for the Dutch police,” Brand said in a tweet. “The plot thickens …”

Van Gogh’s paintings have been a frequent target of criminals.

Two of his works were re-exhibited at the Van Gogh Museum in Amsterdam two years ago after they were stolen in 2002.

The paintings, the “View of the Sea at Scheveningen” from 1882 and the “Congregation Leaving the Reformed Church at Nuenen” from 1882/5, were recovered by Italian investigators in 2016 when they raided a house near Naples that belonged to an infamous drug dealer. of the mafia. AFP reported.

Three van Goghs that were stolen from the Noordbrabants Museum in 1990 resurfaced after a Dutch criminal struck a deal with prosecutors.

Hals, a contemporary of Rembrandt and Vermeer during the Dutch Golden Age, is best known for works including “The Laughing Knight”, found in the Wallace Collection in London, and “The Gypsy Girl” at the Louvre in Paris. .