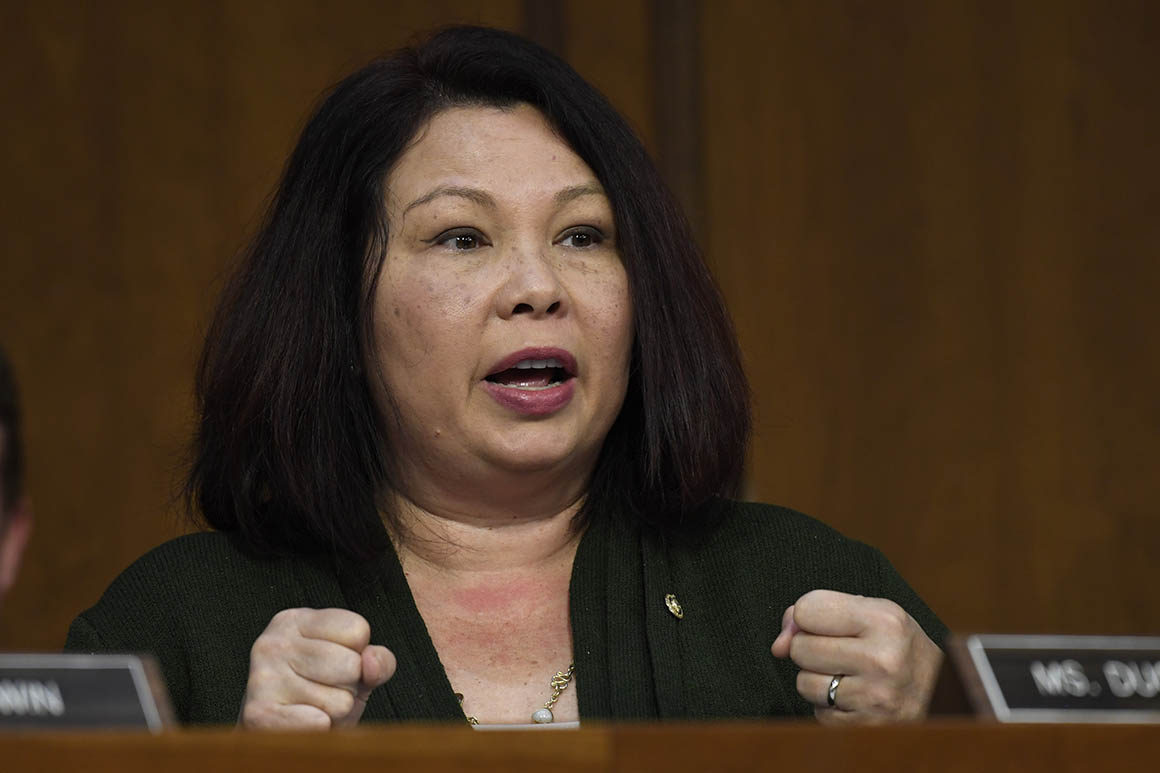 Duckworth’s promised opposition, which he said he would not include “diversity nominees” such as those backed by the Asian-Pacific Congress American, Hispanic, or Black Caucuses, comes as Asian-American lawmakers and advocates have expressed frustration over his lack of representation in Biden’s Cabinet. Members of Hill’s Asian Pacific American Caucus had lobbied for nominees such as Vivek Murthy and Julie Su to be appointed cabinet secretaries, but Murthy ended up nominated as Surgeon General and Su as Under Secretary of Labor.

Although none of Biden’s cabinet secretaries is of Asian-American or Pacific Islander descent, US Trade Representative Katherine Tai is of Chinese-American descent and technically holds a cabinet-level position. Asian American Neera Tanden’s nomination to become Biden’s budget chief fell apart after opposition from Republican senators and Sen. Joe Manchin (DW.Va.).

Most of Biden’s nominees up for Senate consideration this week are from diverse backgrounds, including Assistant Secretary for Health and Human Services Rachel Levine, Under Secretary of the Treasury Adewale Adeyemo and Deputy Budget Director Shalanda Young. Duckworth’s statement could be tested once, during Undersecretary David Turk’s vote, but Turk’s confirmation is not expected to falter given his level of Republican support.

A Biden Pentagon nominee, Colin Kahl, could see his fortune affected by Duckworth’s promised lockdown if it persists. The Senate Armed Services Committee has yet to advance Kahl’s nomination.

Another Asian-American Democratic senator, Mazie Hirono of Hawaii, said later Tuesday that “I am prepared to join” Duckworth in turning down Biden’s nominees until top positions in his administration incorporate better Asian-American representation.

“It’s not about pitting one diversity group against another,” Hirono said on MSNBC. “I think this is a well articulated and focused position.”

When asked for what appointments the Biden administration might consider an Asian-American candidate for, Duckworth suggested the FCC, the Office of Management and Budget or a future Cabinet secretary.