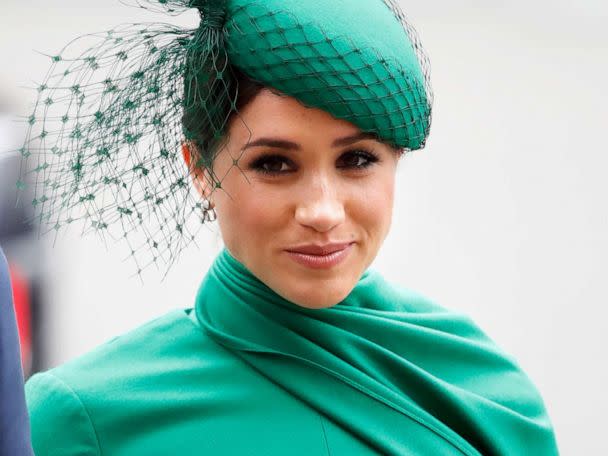 Just days before her highly anticipated interview with Oprah Winfrey, the Duke and Duchess of Sussex are responding to a report in a UK newspaper claiming that Meghan bullied royal employees at Kensington Palace before she and Prince Harry decided to resign from their royal roles. last year.

“Let’s call this what it is: a calculated smear campaign based on misleading and harmful information,” a Sussex spokesman told ABC News in a statement.

On Tuesday, Meghan came under fire after a story published in The Times of London reported that she faced a complaint of intimidation from a close adviser at Kensington Palace.

MORE: Prince Harry tells Oprah Winfrey he was afraid ‘history will repeat itself’

The Times reported that the complaint was filed in October 2018 by Jason Knauf, the Sussex communications secretary at the time, in a move that was intended to protect staff after Meghan allegedly lobbied them.

According to the Times of London report, the complaint claimed that she “expelled two personal assistants from the home and was undermining the trust of a third member of staff.”

In several alleged incidents that took place after Prince Harry and Meghan’s wedding, anonymous sources told the newspaper that staff members “would sometimes be forced to cry.” An aide reportedly told a colleague, “I can’t stop shaking,” while anticipating a confrontation with Meghan, according to the report.

According to the Times report, two unnamed senior staff members also claimed they were allegedly intimidated by the Duchess and another aide claimed it felt “more like emotional cruelty and manipulation.”

In response to the allegations reported in the newspaper, a spokesperson for the Duke and Duchess of Sussex told ABC News that they “addressed these defamatory allegations in their entirety” in a “detailed letter” to the Times. The spokesperson also said Meghan is “saddened” by the news.

“We are disappointed to see that this defamatory portrait of the Duchess of Sussex has received credibility from one media outlet,” a Sussex spokesperson wrote in a statement. “It is not a coincidence that distorted allegations from several years ago aimed at undermining the Duchess are being reported to the British media shortly before she and the Duke speak openly and honestly about their experience of the past few years.”

“The Duchess is saddened by this latest attack on her character, particularly as someone who has been bullied and is deeply committed to supporting those who have experienced pain and trauma,” the spokesperson added. “She is determined to continue her work generating compassion around the world and will continue to strive to set an example of doing what is right and doing what is good.”

Harry and Meghan’s interview with Winfrey is scheduled for March 7 as a two-hour primetime special.

In clips released earlier this week by CBS, the couple open up to Winfrey about real life before resigning last year.

In one of the clips, Winfrey says that “there was no topic that was off limits” and asks Meghan if she was “silent or silent.”

Meghan remains silent as Winfrey chimes in: “Almost insurmountable, it seems like there was a breaking point.”

Harry shared a similar sentiment in an interview aired last week with “The Late Late Show” host James Corden, saying he and Meghan left a “toxic” media environment in the UK.

“There was a really tough environment, as I think a lot of people saw. We all know what the British press can be like, and it was destroying my sanity,” said Harry, who has recently fought legal battles with some British tabloids. . “I thought, ‘This is toxic,’ so I did what any husband and any father would do, which is like, I need to get my family out of here.”

Duchess Meghan faces a report of bullying allegations ahead of the highly anticipated Oprah interview that originally appeared on goodmorningamerica.com