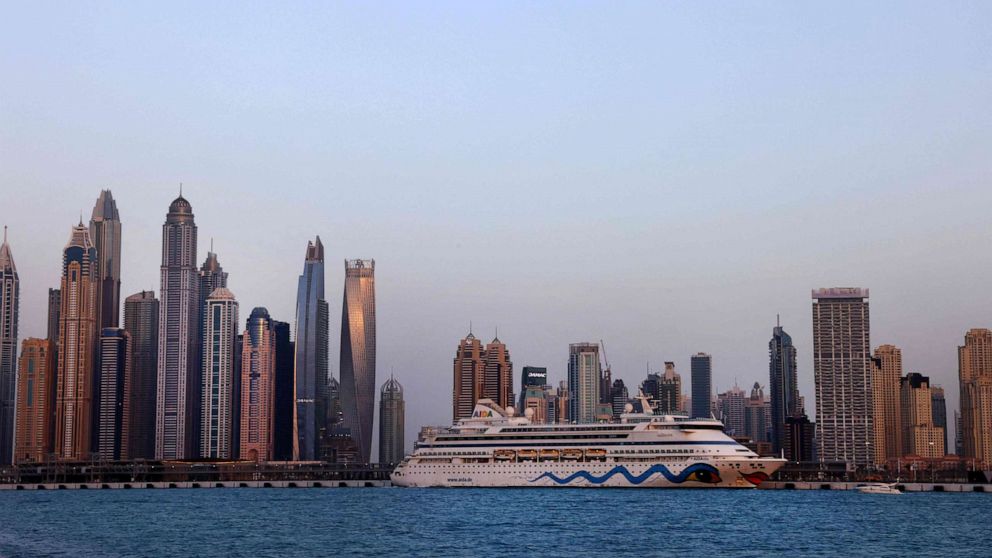 LONDON – A group of people were arrested in Dubai on Saturday over widely shared images showing women posing naked on a high-rise balcony in the city, police said.

Photographs and videos circulated on social media Saturday night showing more than a dozen naked women lined up on the oceanfront balcony of a residential building as they were filmed in the upscale Dubai Marina neighborhood in broad daylight. day. The state-linked newspaper The National reported that the exhibit was “an apparent publicity stunt,” without elaborating.

Dubai Police later announced that a group of people appearing in the “indecent” images were arrested on charges of public debauchery and referred to the Dubai Prosecutor’s Office. The identities of the people were not released.

“Dubai police warn against behavior so unacceptable that it does not reflect the values ​​and ethics of Emirati society,” the agency said in a statement Saturday night.

Although the UAE is seen as one of the most socially liberal countries in the Middle East, the images still made an impact in a Muslim-majority nation where kissing in public has brought people behind bars.

Violations of the public decency law in the United Arab Emirates, which is based on Islamic or Sharia law, carry a prison term of up to six months and a fine of up to 5,000 dirhams ($ 1,360). Sharing pornographic material can also result in imprisonment and a fine of up to Dh500,000 ($ 136,128).

Christine Theodorou of ABC News contributed to this report.