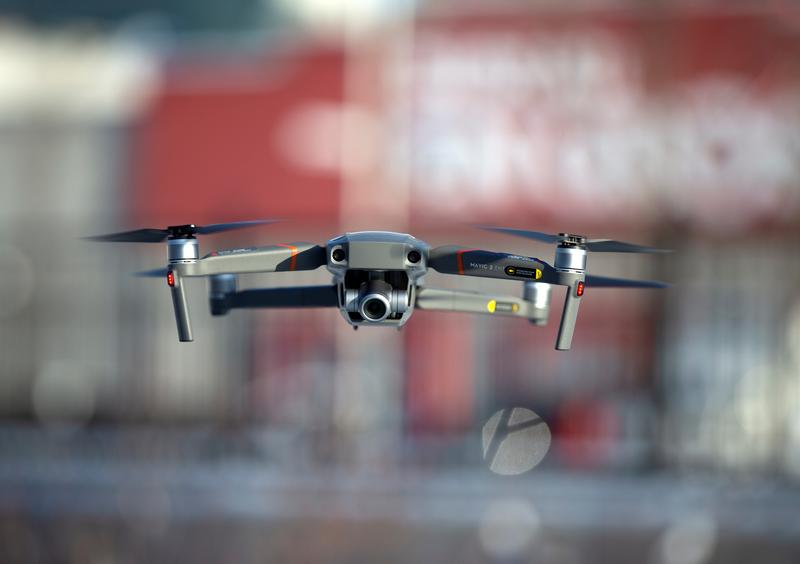 SHENZHEN, China (Reuters) – Chinese drone giant DJI Technology Co Ltd built such a successful American business over the past decade that it nearly drove all competitors out of the market.

However, its North American operations have been plagued by internal problems in recent weeks and months, with a series of staff cuts and departures, according to interviews with more than two dozen current and former employees.

The loss of key managers, some of whom have joined rivals, has compounded the problems caused by US government restrictions on Chinese companies and increased the once-remote prospect of a erode DJI’s dominance, four of the people said, including two top executives who were with the company until the end of 2020.

About a third of DJI’s 200-member team in the region was fired or resigned last year, from offices in Palo Alto, Burbank and New York, according to three former employees and one current employee.

DJI, founded and led by billionaire Frank Wang, said it made the difficult decision to downsize Palo Alto to reflect the company’s “changing needs.”

“We thank the employees affected for their contributions and remain committed to our customers and partners,” he said, adding that his North American sales were growing strongly.

“Despite misleading claims from our competitors, our business customers understand how DJI products provide strong data security. Despite gossip from anonymous sources, DJI is committed to serving the North American market. “

He did not comment on the other US staff departures that current and former employees spoke about, though he told Reuters last year that its global structure was becoming “unwieldy.”

DJI, which has become a symbol of Chinese innovation since its founding in 2006, is one of dozens of companies caught in the crossfire of trade and diplomatic hostilities between Washington and Beijing, such as Huawei and Bytedance.

But a December order adding the company to the US Department of Commerce’s “Entity List” along with the closure of its R&D operation in California could affect its ability to serve customer needs. from the US, according to three former top executives and two competitors.

The Commerce Department’s list, enacted on allegations that include DJI-enabled “high-tech surveillance,” prohibits the company from purchasing or using US technology or components.

The same month, Romeo Durscher, the US-based DJI chief of public safety, who had played a central role in building the company’s business by providing drone technology to US government departments and agencies. Not military, he quit his job.

Durscher, a former NASA project manager and an influential figure in the drone industry, now works at the Swiss company Auterion, a competitor of DJI.

He said he left DJI because he was discouraged by staff cuts and what he described as internal power struggles between the US team and its China headquarters. He added that the reorganization of the United States complicated the task of dealing with the consequences of the tensions between the United States and China and winning government business.

“It’s not an easy decision to leave the market leader who is way ahead of everyone else,” said Durscher, who joined DJI in 2014. “But those internal battles distracted from real purpose and in 2020 it got worse … we he lost a lot of talent at DJI and that’s very unfortunate. “

Privately owned DJI does not release sales figures. The US Department of Defense estimated the non-military US market to be worth $ 4.2 billion last year. Consulting firm DroneAnalyst said DJI controlled nearly 90% of the consumer market in North America and more than 70% of the industrial market.

The Commerce Department’s December listing and a ban on buying U.S. parts may affect the company’s mobile apps, web servers and some battery and imaging products, said David Benowitz, head of research at DroneAnalyst and a a senior figure on the DJI business team. working with industrial clients, in Shenzhen before leaving last summer.

DJI said in December that the ban would not affect the ability of US customers to buy and use its products.

The price followed other official hits. In October, the US Department of the Interior said it would only buy drones from companies authorized by the Department of Defense, which last August published a list of five federally approved drone suppliers: four Americans and one French.

DJI said there was no “blanket US government ban on the purchase of DJI drones.”

“Congress considered that approach last year and rejected it, because … such a ban would be a challenge for many companies and government agencies that rely on drones,” he added.

‘WE ARE STILL PRIMITIVE’

Benowitz said lingering tensions between the United States and China and Washington’s push to support DJI’s rivals could cause the company’s share of the North American market to decline. He added that while the federal government comprised a relatively small part of DJI’s business, its restrictions could have a “chilling effect,” and other buyers were concerned about stricter measures in the future.

“We are at a point where there are too many market opportunities for one player to dominate,” he said.

However, he added that alternatives to DJI were relatively minnows, although both policy support and safety concerns about Chinese drones had brought them growth in the past year. DJI’s competitors include Parrot of France and Skydio, based in California.

Chris Roberts, CEO of Parrot Inc, Americas, said 2020 had been an important year for the company in the United States, as the Department of Defense named it an approved vendor and won business from emergency services and security agencies.

Skydio announced $ 170 million in D round financing last week and said it had a valuation of more than $ 1 billion.

“DJI makes good hardware, but we are still very early to market and very primitive compared to what should exist,” Skydio CEO Adam Bry told Reuters.

When Durscher joined DJI in 2014, the company’s Phantom series was transforming drones from a niche hobby to a mainstream device. He said he was particularly drawn to the opportunity to bring drones to the fire and rescue department team.

He said that the technological advances of smaller rivals in the last year were tempting for some public safety agencies, who might say “let’s go with this drone now so we don’t have to deal with data security.”

He added that the change could come as government departments and companies seek to replace drone fleets that are nearing the end of their life cycles.

Typically, a fleet is expected to last three to four years, according to Benowitz.

Durscher and several other staff members compared DJI’s internal rivalry for the projects to “Game of Thrones,” the television series where rival factions vie for power. He said this resulted in a revolving door from Shenzhen bosses, and that he briefed 12 different managers in his six years with the company.

Durscher’s departure from DJI followed that of other key executives in North America last year, including director of business development Cynthia Huang.

Huang, who now works with Durscher at Auterion, said she was growing increasingly frustrated because she felt that DJI could not meet all the growing demands of the enterprise market. Also, he said, job cuts over the past year added to the reasons he decided to leave. Losses in Palo Alto, Burbank and New York followed cuts made in DJI’s global sales and marketing teams, which Reuters reported in August.

“Some of the people we lost in those layoffs made no sense,” said Huang, who was hired in 2018 to take the lead in building DJI’s North American entrepreneurial business. “The continued brain drain was discouraging.”