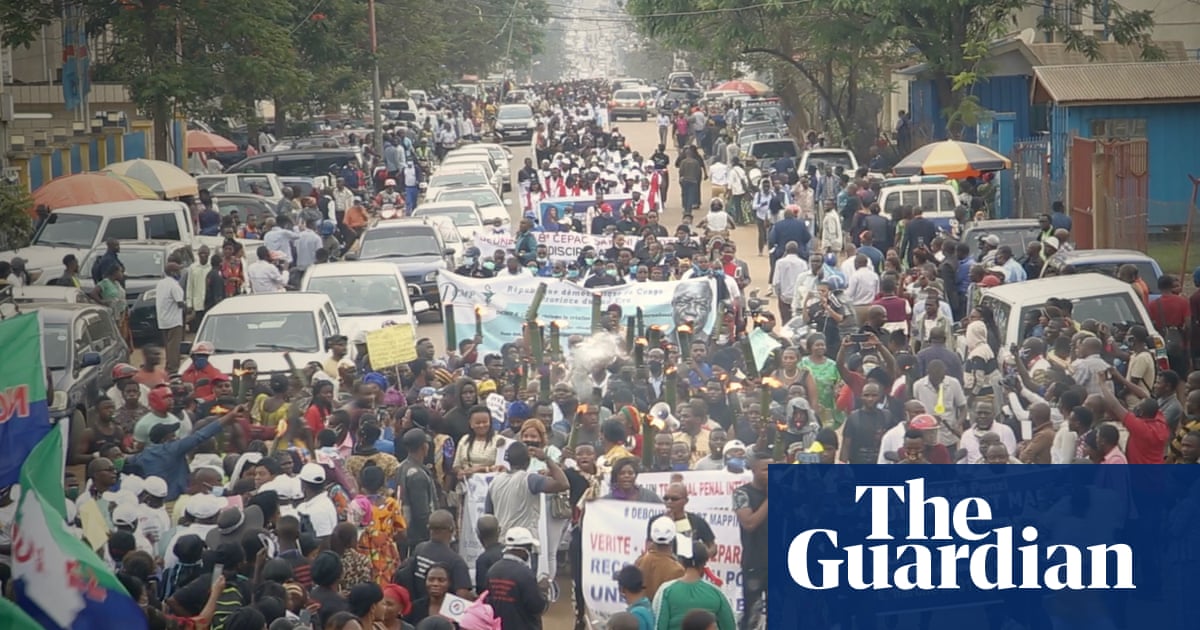 Women led thousands of people Demonstration in four cities in Democratic Republic of Congo On Thursday demanded justice for the historical killings and rapes in the east of the country.

Organizers said police in Kishangani beat up the protesters, as one of them did not document hundreds of crimes in the DRC between 1993 and 2003.

At least 3,500 survivors of sexual violence participated in the protests and hundreds of lawyers joined the peace award winner Dr. Dennis Mukwe’s base marched in Bukavu, with the Dennis Mukweg Foundation supporting the demonstrations.

Facing death threats to his campaigns against the violence during the two civil wars that occurred during that time, Mukwe himself was unable to attend.

Mukweg told Agnes France-Presse: “To deny that crimes against humanity and war crimes have occurred in the Democratic Republic of Congo – even to deny that genocide has been committed in the DRC – is bad. To be in faith. ”

His spokesman, Maud-Salomi Ekila, said: “We have impotence here in the Congo because we don’t have justice … Criminals know they can do what they want.”

He estimated that 5,000 people attended the march in the eastern city of Bukavu in South Kivu Province, where Mukwe’s Panji Hospital has specialized in treating survivors of sexual violence in conflict.

“Without justice, building peace in this country is impossible. You are survivors of this war, who are suffering from trauma, they did not even have the opportunity to bury their family, they do not know where they are, ”said Ekila.

A petition signed by the Mukweg Foundation and the DRC’s Movement of Survivors was submitted to the United Nations and African Union leaders this week, stating the 2010 report as the basis for ensuring justice for crimes.

The protesters also revealed from the United Nations the names of the alleged criminals who were not identified in the original report.

Amnesty International and Human Rights Watch said in a joint statement on Thursday that the lack of justice allowed similar abuses to continue.

UN Secretary-General Antonio Guterres last month warned of deadly violence in the border areas of Ituri and North Kivu provinces. The UN said in June that 1,300 people had died in the past eight months.

“Continuing to govern widely in the Congo and the wider region, contributing to the recurrence of murders and other serious crimes,” said Amnesty’s director, for East and Southern Africa, DeFros Muchena.

The 2010 “mapping” report of the United Nations was commissioned after the discovery of large-scale graves in 2005 and focused on several outbreaks of violence that included Congolese forces, rebel groups and foreign forces. It proposed the formation of an international criminal court for the DRC.

Ekila said the protesters were beaten by the police on Thursday in Kisangani, where several abuses investigated by the United Nations were found. He said the authorities issued a notice on Wednesday refusing to authorize the protest.

Last month, the United Nations re-appointed troops to protect Mukwe, who was receiving death threats. The Nobel Peace Prize winner has been protected by UN troops since 2012, but the troops were withdrawn after the Kovid-19 outbreak in May.