Draymond Green intervenes in Tristan Thompson spat: “I can find him on the streets any day & # 39; | NBA 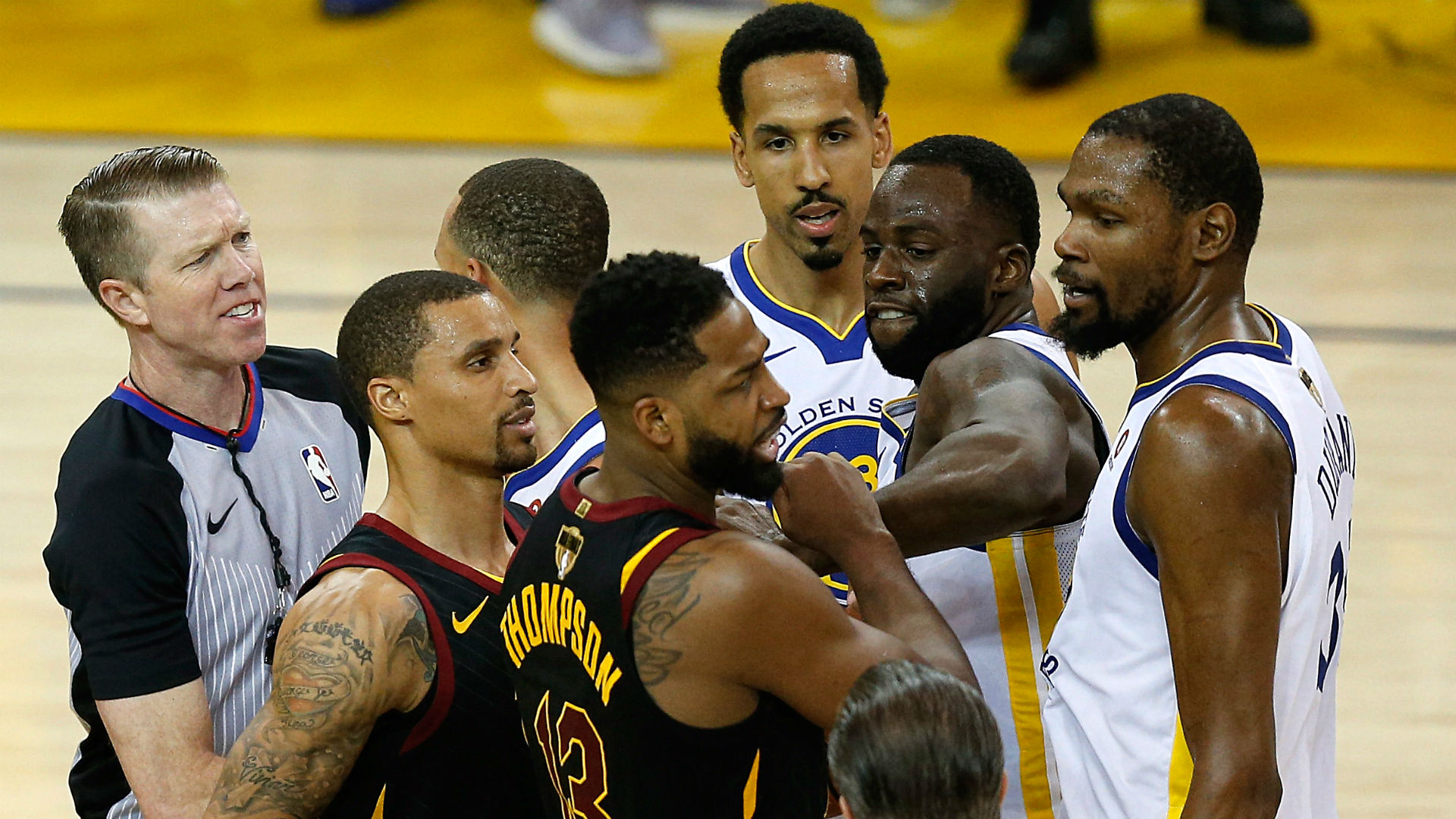 Emotions ran out at the end of Game 1 of the NBA Finals on Thursday after a fight broke out and Tristan Thompson seemed to push the basketball into Draymond Green's face.

Thompson was fined $ 25,000 later, but Green was seen telling Thompson to "find him out" while the Cavaliers forward went off the field. Apparently, Green wanted to say what he said and does not back off from the challenge, as long as he does not lose money in the process.

"I can not find it outside (the arena), because I'll still get a ticket," Green said, according to USA Today. "But I can find him on the streets any day, so you can say (that) someone (should) meet you on the bus, (but) I'm not (going), I'm going to continue taking care of my family, I'm not going to find you on the bus.

Draymond Green on Tristan Thompson:" I can see him on the streets any day "https://t.co/q5UgaTFdXK pic. Twitter. com / xIiFKepI1u

Green went on to explain that the expected emotions will be high in a series like this when both teams are running in a title. [19659008] "You're trying to win a championship, so there must be emotions involved," Green said, "and if not, then the emotions of whoever is not involved should go sit somewhere." This is what you're working for. all of life, so it must continue. "

Game 2 of the NBA Finals is scheduled for 8 p.m. ET Sunday.