Dr. Fauci, take off these masks 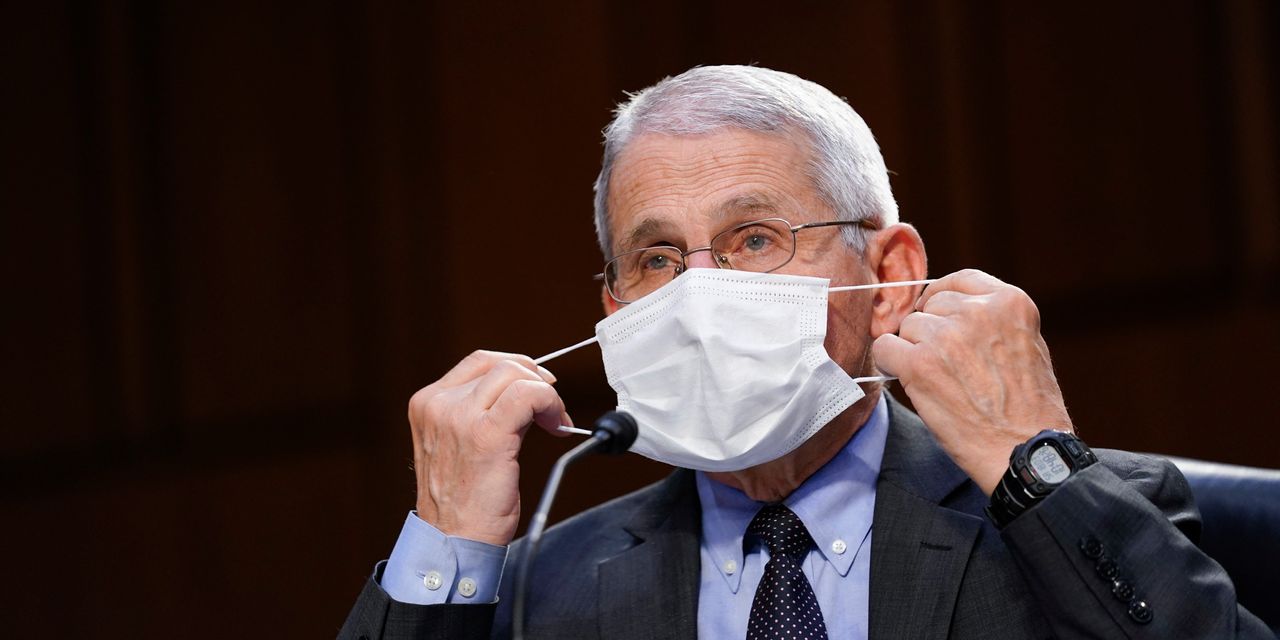 When will it be safe to shop at a grocery store or show up at the office without wearing a mask? Sooner than most experts are willing to admit. If the coronavirus epidemic in the US continues on its current trajectory, the need for masks outside of the specific local areas of the outbreak will disappear in a matter of weeks.

One way to think about the problem is by analogy with seasonal flu. Almost no one wears a mask in normal settings to protect against the flu, and no one is required to. The worst flu seasons in recent years saw an average of 220 deaths per day across the country. The seven-day moving average for daily deaths from Covid-19 hovers around 900, even considerably worse. But that’s a 78% reduction from January, and trends are favorable across most of the country. When the 14-day moving average of daily deaths from Covid has dropped below the level of the flu, which can happen within a month or two, we should adjust our thinking about the coronavirus accordingly.

Vaccination is the main reason for the sharp decline in Covid cases and deaths. About three million injections are given each day, and once immunity kicks in, those vaccinated have a negligible risk of becoming infected, regardless of the spread of infection. If you have been vaccinated, there is almost no direct safety benefit, to yourself or others, from wearing a mask. You still have to do it just because the immunity is invisible. The expectation or requirement to wear a mask is impractical to impose only on those who are vulnerable or may be dangerous.

However, at some point, herd immunity is achieved: a sufficient number of the population is immune so that the risk of infection is minimal in the population as a whole. Anthony Fauci sets the threshold for herd immunity at full vaccination for 85% of the US population, including children. Since the vaccine has been licensed only for patients 16 years of age and older and not all adults are willing to accept it, it is almost certain that Dr. Fauci’s goal will not be reached for a year, if at all. time. The current figure is only 17% of the total population.

Dr. Fauci’s benchmark is unreasonably high. It ignores that many unvaccinated Americans, perhaps as many as 120 million, as seroprevalence studies suggest that actual incidence levels are three to 20 times captured infections, have immunity due to previous infection. A recent large-scale Danish study finds that a previous infection provides approximately 80% protection for patients under 65 years of age and 47% protection for the elderly. That difference is why it is important to prioritize the elderly for vaccination, as the US authorities have done. Due to this combination of factors, it is likely that we will exceed 50% combined immunity in the next two weeks.

A single dose of Pfizer or Moderna mRNA vaccine has been shown to confer 80% immunity after two weeks, according to recent data from the Centers for Disease Control and Prevention on healthcare workers. A British study showed that people who were immunized after infection had 99% protection after a single dose. This means that any of the 99 million Americans (38% of adults) who have received at least one dose may be sufficiently protected. At the current rate, 50% of the entire population could receive a single injection by the third week of April if efforts are focused on the unvaccinated rather than those who have already received a single injection. Combined with lower rates of infection and death, I think it would be enough to justify ending mask use outside of high-risk settings.

We are much closer to protective immunity than some public health officials acknowledge, or may want to acknowledge. Precisely how close it is is impossible to know, in part because officials have recommended receiving the vaccine regardless of prior immunity and have not kept track of whether the people who received the vaccine already had a documented infection or the presence of conferring antibodies. a probable natural immunity. They are also administering second doses rather than maximizing the number of people vaccinated, despite data showing the efficacy of a single dose and the UK’s impressive success with the delayed booster approach.

A final factor is the supply of vaccines. In addition to protecting the vulnerable, universal masking mitigates the fears of those at risk of infection. Once the vaccines are abundant enough that any adult who wants one can easily obtain them, the calculation changes. If you are unable to get vaccinated, it is reasonable to expect that others will accept violations of your liberty as a precautionary measure. No if you deny get vaccinated.

Public health officials and politicians risk a public rebellion if they do not begin to heed common sense and instead persist in labeling anyone who questions their decrees “anti-science.” After more than a year of restrictions, they should prioritize a return to normalcy. That means public health agencies must generate accurate benchmarks of progress, including natural immunity and vaccines, and be open to modifying their approach, including by relaxing restrictions that have proven ineffective or are no longer effective. tools.

Universal masking isn’t in that category yet, but it will be soon. I think it’s probably safe to finish the mask mandates by the end of April, but Memorial Day weekend is a more realistic goal. Until then, even if you have been vaccinated, you will have to wear a mask when in public places.

Dr. Saphier is a physician at Memorial Sloan Kettering Cancer Center, an assistant professor at Weill Cornell Medical College, and the author of “Panic Attack.”