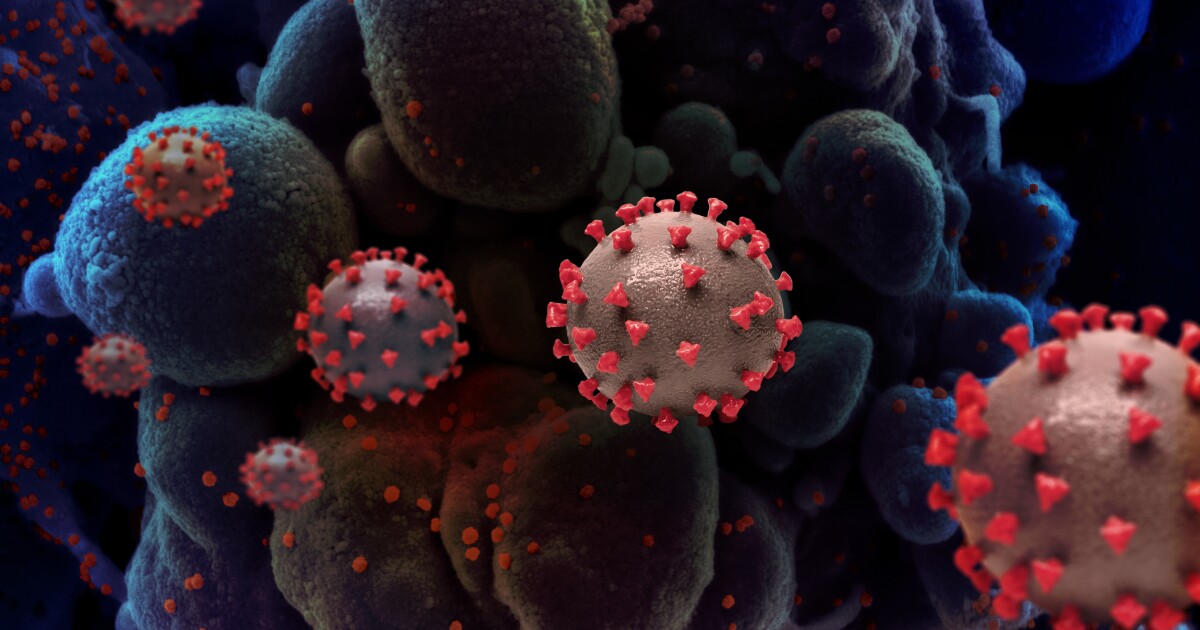 A possibly worrisome variant of the coronavirus first identified in India, so new that it has no official name, has been found in California by scientists at Stanford University.

Dubbed the “double mutant” variant by the BBC and others, the variant is generating concern among some scientists because it contains not just one, but two concerning mutations in its genetic makeup that have been identified among other variants of concern that are being tracked by scientists. US Centers for Disease Control and Prevention.

“We don’t know how those two mutations behave when paired,” Dr. Benjamin Pinsky, director of the Clinical Virology Laboratory at Stanford, said in an interview Monday.

The existence of the newly discovered variant was first revealed by the Indian government on March 24, Pinsky said, after an increase in coronavirus cases was detected in the country’s second most populous state, Maharashtra, whose largest city big is Bombay. The new variant is responsible for about 15% to 20% of new coronavirus cases there.

A day later, on March 25, the Stanford lab identified the same variant in a coronavirus sample taken from a patient in the San Francisco Bay Area.

“On the 25th, we got our sequence back and found that, ‘Wow, this is actually the same variant they’re talking about,'” Pinsky said. “So this rapid spread around the world is quite impressive and also a bit worrisome.”

Why this new variant may be worrisome

The Stanford lab identified one confirmed case of the new variant and seven presumptive cases among patient samples in the Bay Area, Pinsky said.

None of the other variants that are being monitored by federal officials have the same combination of these two mutations, known as L452R and E484Q, the latter of which is closely related to a more well-known mutation known as E484K.

The L452R mutation became well known in California as one found in the California variant (B.1.427 / B.1.429), resulting in a strain that is believed to make the virus more infectious and could cause a reduced immunity in people who have been vaccinated.

The E484Q mutation is closely related to the E484K mutation, which has been found in variants first identified in South Africa (B.1.351); Brazil (P.1 and P.2) and New York (B.1.526). The E484K mutation is also of concern because it could give the virus the ability to partially evade the protective response of the immune system among inoculated people or those who have survived a conventional COVID-19 disease.

Stanford’s lab routinely performs genetic testing for coronavirus samples among COVID-19 patients in the Bay Area. They detect three worrisome mutations: L452R, E484K, and N501Y. The N501Y mutation, which is believed to increase the transmissibility of the coronavirus, is found in the UK variant (B.1.1.7), as well as in the South African variant and one of the Brazilian variants (P.1).

The Stanford lab was able to detect the new variant E484Q mutation, although the lab is designed to detect only the closely related E484K mutation. “So it’s a bit serendipitous that we could identify this,” Pinsky said.

Variant highlights the importance of vaccines

The emergence of the new variant underscores the importance of promptly vaccinating as many people as possible. New York’s best-known variant, B.1.526, is believed to have arisen in Manhattan’s Washington Heights neighborhood and then spread rapidly through the city, said Dr. Anthony Fauci, the world’s leading infectious disease expert, last month. country, in a briefing.

One way variants can arise is through infection of a single person with a compromised immune system, Dr. Rochelle Walensky, director of the Centers for Disease Control and Prevention, said in March.

A coronavirus infection in a person with a weak immune system “could be the breeding ground for the appearance of variants for the simple reason that if you do not eliminate the virus quickly, you will have an immunological selection within a given individual,” it means that the virus could evolve in that person to become even more robust.

“This is probably how this all started with [New York’s B.1.526 variant]”Fauci said on March 1.

The only way to stop the creation of new variants is to slow down the transmission of the virus.

A potential nightmare scenario could result from the spread of variants like the one that has hit Brazil. The city of Manaus was one of the most affected in the world by a conventional strain of the coronavirus, and now it appears that there is a lot of substantial reinfection with the new Brazilian variant, Dr. Stefano Bertozzi, professor of health policy and dean emeritus. from the UC Berkeley School of Public Health, said at a UC San Francisco forum last month.

And while some variants are believed to result in a slight reduction in the effectiveness of some vaccines, some experts say the reduction equates to mild to moderate disease.

The vaccines that are now available and in development have been essentially 100% protective against death, even in places where the variants have circulated widely.

For example, COVID-19 vaccines made by Johnson & Johnson, Novavax and AstraZeneca were studied in South Africa and “all showed reduced efficacy compared to studies done in other parts of the world where [the South African B.1.351 variant] I was not present, ”Pinsky said. “However, it is important to note that all vaccines are very effective in preventing serious illness and death. Basically all vaccines are 100% effective so far. “

When asked about the new variant, Los Angeles County Public Health Director Barbara Ferrer said, “We, like everyone else, are concerned.”

“The tool we have now for all of us is to prevent the greatest possible transmission because that means that the variants do not circulate either,” Ferrer said in a briefing on Monday. “The more transmission we have, the more [that] the variants take hold “.

In Los Angeles County, South African, British and Brazilian variants have been detected, but none of them dominates the area, Ferrer said.

“We would like to keep it that way. So, let’s do our part: let’s get vaccinated when it’s our turn, ”he said.

The appearance of the new variant occurs when other pandemic indicators in California are better than in most of the country.

“California now has the lowest positivity rate in the country”Governor Gavin Newsom tweeted Monday. Among all states, California also has the third lowest rate of coronavirus cases per capita over the past week in the country, according to the CDC, with 46 new coronavirus cases per 100,000 residents in the past seven days. Only Oklahoma and Arkansas have reported lower rates.

Michigan, meanwhile, has the worst case rate in the nation, with 452.5 cases per 100,000 residents over the past week, followed by New Jersey and New York.

Still, officials have raised concerns that the situation in California could get worse if people suddenly decide to stop wearing masks and gather in crowds. Only a third of Californians are at least partially vaccinated.

“Our reality, with more variations and increases in cases across the country and much of the world, and many more intermingled here in Los Angeles County, is such that we will have to continue to follow public health safety measures until we more people are vaccinated. if we want to keep our profits, ”Ferrer said.