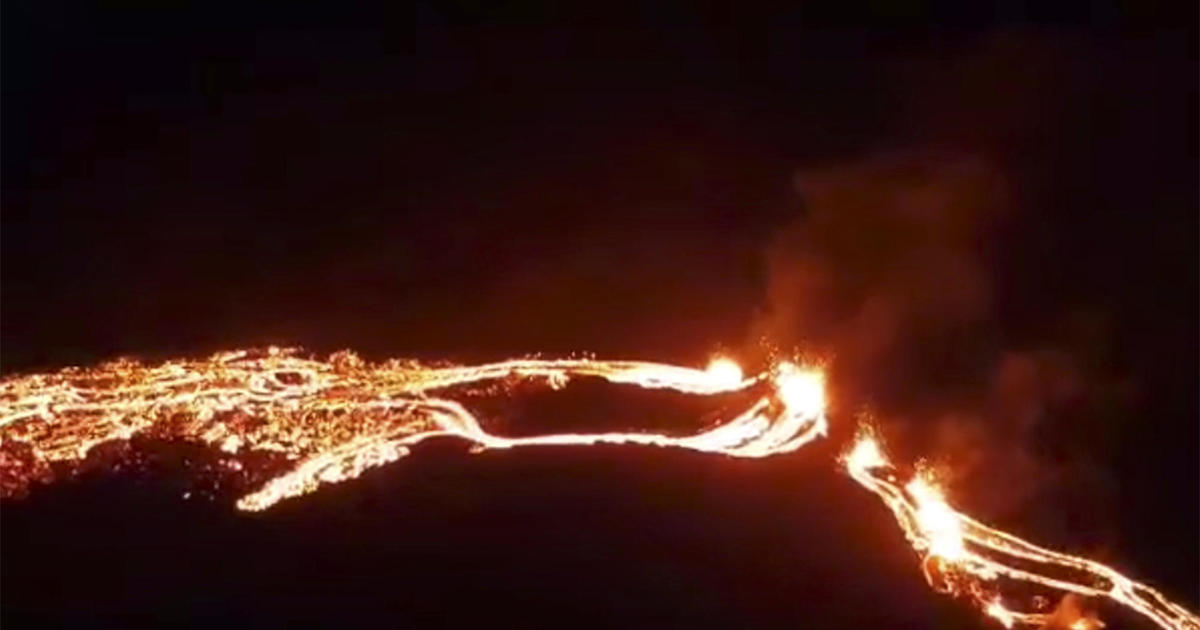 The Fagradals mountain volcano in southwest Iceland had been dormant for 6,000 years. But on Friday night, following weeks of earthquakes in the area, the volcano came to life.

The eruption is the first the Reykjanes Peninsula, where the volcano is located, has experienced in 781 years.

Video of the eruption shows glowing lava oozing from the ground, illuminating an otherwise stark dark night. The lava glow could be seen as far as 20 miles from Reykjavík, Iceland’s capital, according to the Associated Press and photos of the glow.

The Icelandic Meteorological Office said Saturday morning that the contamination from this eruption, however, “is not expected to cause much discomfort to people, except near the source of the eruption.”

On its website, the office said that “no volcanic ash is detected, but a high level of volcanic gases has been measured near the site of the eruption.” Scientists and officials are closely monitoring the emissions.

On Saturday morning, the Icelandic Meteorological Office reported that volcanic activity had “decreased a bit” since Friday night. Scientists from the department have not cited great concern for people in the area, as the lava area is less than 1 square kilometer. Eruptive fissures, cracks in the earth’s surface from which lava flows, are about 500 to 700 meters long, according to the bureau.

“Lava fountains are small and lava flows are currently a very local hazard,” the bureau tweeted.

The Scientific Council for Civil Protection said Saturday morning that it does not believe the eruption is a threat to the structures.

A small earthquake occurred a few hours before the volcano erupted.

Southwest Iceland has been affected by a “swarm” of thousands of earthquakes from February 24. Dozens of them had a magnitude of 3 or more, which means they could be felt. On Thursday, just one day before the eruption, the IMO reported that there had been 400 earthquakes in a span of approximately seven hours. Despite the magnitude, the seismic activity was “somewhat less” compared to other mornings in which there have been approximately 1,000 earthquakes.