Dolly Parton brings Colbert to tears with a performance from Improptu 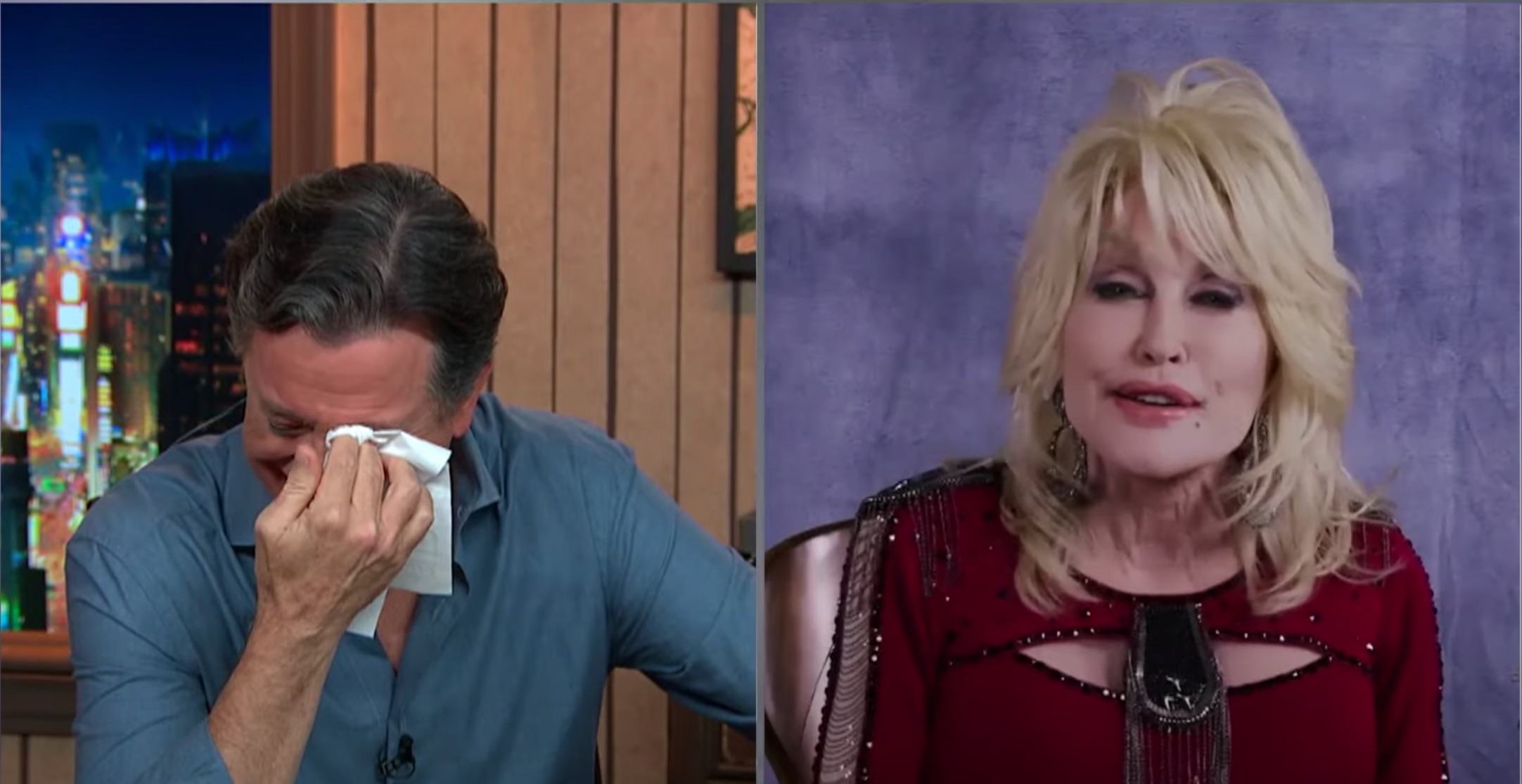 Dolly Parton brought Stephen Colbert to tears with an impassioned performance of a song her mother sang during an interview. Late show Tuesday, October 20.

Parton was talking about how his mother fueled his love of music by singing old folk tunes, many of which were sad, or as Parton said, “plum pathetic.” One of them was “Bury Me Benth Willow” (a famous version recorded by the Carter family), a tune about a woman who decides to kill herself when she leaves at the time of change.

Then Parton carelessly broke the song into a cappella, and by the time she finished the second verse, she said in Colbert, “Hey, are you crying?” Then just sang more instead of giving up. When she finally finished, Parton said, “So I’m better off crying yourself to death and you can’t finish the show!”

Colbert, still wiping his eyes and trying to laugh, said in return, “Like a lot of Americans, I’m under a lot of stress right now, Dolly! You reached under the wire of my journey, it’s so beautiful. Was. “

Elsewhere in the interview, Parton talked about his upcoming book, Lyricist: My Life in Lyrics, And his history as a lyricist. And in the second part of the conversation, he talked about the songs he’s writing recently, including some about people’s struggles during the epidemic, and his own top three favorite Dolly Parton songs. Revealed: “Coat of Many Colors”, “I Will” Always Love You, “and her deep cut,” Down from Dover. ” “