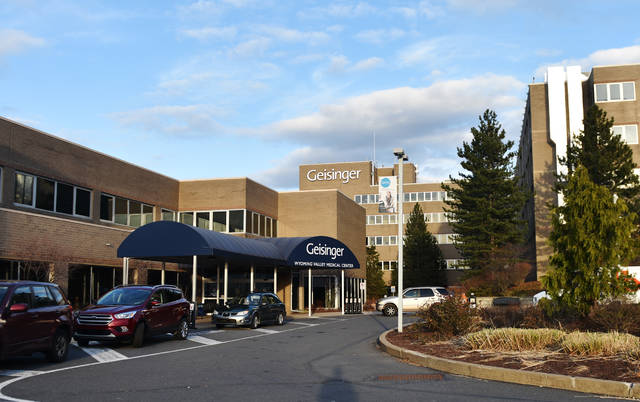 One of Pennsylvania’s largest health networks allowed family members of employees to skip the COVID-19 vaccine line, raising questions about equity at a time of strong public demand and supply shortages.

Geisinger’s decision to give special access to employees ‘families received a reprimand this week from the Pennsylvania Department of Health, which said the healthcare giant should not have held vaccine clinics for eligible employees’ family members.

“DOH has been in contact with the provider to ensure that in the future they follow the agreement they signed or risk losing access to the first doses of the COVID-19 vaccine,” said Maggi Barton, spokesperson for the Department of Health. .

The state agency said it was not aware that Geisinger had arranged for family members to be vaccinated until alerted by The Associated Press.

Geisinger said that since the family members who received the vaccines met the state’s eligibility requirements, it was not necessary for them to inform the Health Department that the vaccine had been reserved for them. Geisinger also insisted that it followed state guidelines for vaccine eligibility and administration, saying that “at no time were we informed that our vaccine program could be at risk.”

Geisinger, which has 24,000 employees spread across central and northeastern Pennsylvania, held employee vaccination clinics on three consecutive Sundays in late January and early February. Each employee was allowed to bring two family members, as long as they were eligible based on the state’s rolling rollout of the vaccine, Geisinger acknowledged in response to an AP query. Family members did not have to live with the employee to qualify, the health system said.

“The situation in mid-January was very different from today,” said a Geisinger spokesman, Matthew Van Stone. At the time, he said, Geisinger had an adequate supply of vaccines and “we felt that opening Sundays to employees and up to two eligible Phase 1A family members would make it easier for the community to find appointments during the week.”

It is unclear whether members of the public missed their appointments due to doses administered to employees’ relatives.

But the vaccine clinics allowed family members to avoid the frustrating, tedious and often fruitless search for an appointment that has plagued the state’s early release and sparked widespread complaints among Pennsylvania residents. The state has been among the lowest in the country in terms of how effectively it vaccinates its population.

“Even if their intentions were good, we shouldn’t use vaccines as an employment advantage for ‘friends and family,'” said Gabriel Lázaro-Muñoz, a professor in the Center for Medical Ethics and Health Policy at Baylor College of Medicine. “This was simply prioritizing the wrong people at the wrong time.”

The health system, which runs nine hospitals and a 550,000-member health plan, gave family members a head start at the same time that recently expanded eligibility rules sparked a surge in demand across the state.

Geisinger’s first weekend clinic was held on January 24. That was five days after the state made people 65 and older and younger people with high-risk medical conditions eligible for the vaccine. Geisinger said at the time that it was facing an overwhelming demand for vaccine appointments marked by extremely high call volume and online traffic.

Linda Thorne, 65, who works at her family’s pizzeria, said she has been trying for weeks to get an appointment with Geisinger, but the health system is not scheduling first-dose appointments at this time.

“It’s really frustrating,” he said. “I see all these people my age get really sick and it’s scary. I don’t want to end up in the hospital with a breather. “

“I don’t think it’s fair,” Thorne said, for Geisinger to accommodate family members due to the short supply of vaccines.

Other major health networks, including UPMC and Penn State Health, said they don’t make separate arrangements for employees’ family members to get vaccinated.

“Absolutely not,” said Brian Downs, spokesman for the Lehigh Valley Health Network. “We followed the (state) guidelines for Phase 1A and we have done it from the beginning.”

The Health Department said that while Geisinger did not violate its provider agreement letter with the state, “we hope providers do not prioritize employee families over community members who are also eligible,” the spokesperson said. from the Barry Ciccocioppo department.

Federal guidelines say that people in the same eligibility class must have the same opportunity to receive vaccines. The guidelines also say that no person should be disadvantaged “because of their social position or other socially determined circumstances.”

Nancy Kass, deputy director of public health at Johns Hopkins University’s Berman Institute for Bioethics, said that if Geisinger used the family member program as a way to get more vaccines for underserved populations, she would see it as “an extremely intelligent”. increase equity.

“If it’s just an advantage, it’s not appropriate,” he said.

Kass said that while the Geisinger program is problematic, the nationwide vaccine rollout as a whole has not been fair because it rewards some people over others, particularly those with the time and computer skills to find an open appointment.

Geisinger said employee and family participation at Sunday clinics was low, and he began using Sundays to vaccinate patients who needed to reschedule their appointments due to bad weather or delayed shipments.

Vaccination of family members by Geisinger has been a relatively small part of its overall program. As of Monday, the health system has administered more than 112,000 doses of vaccines.