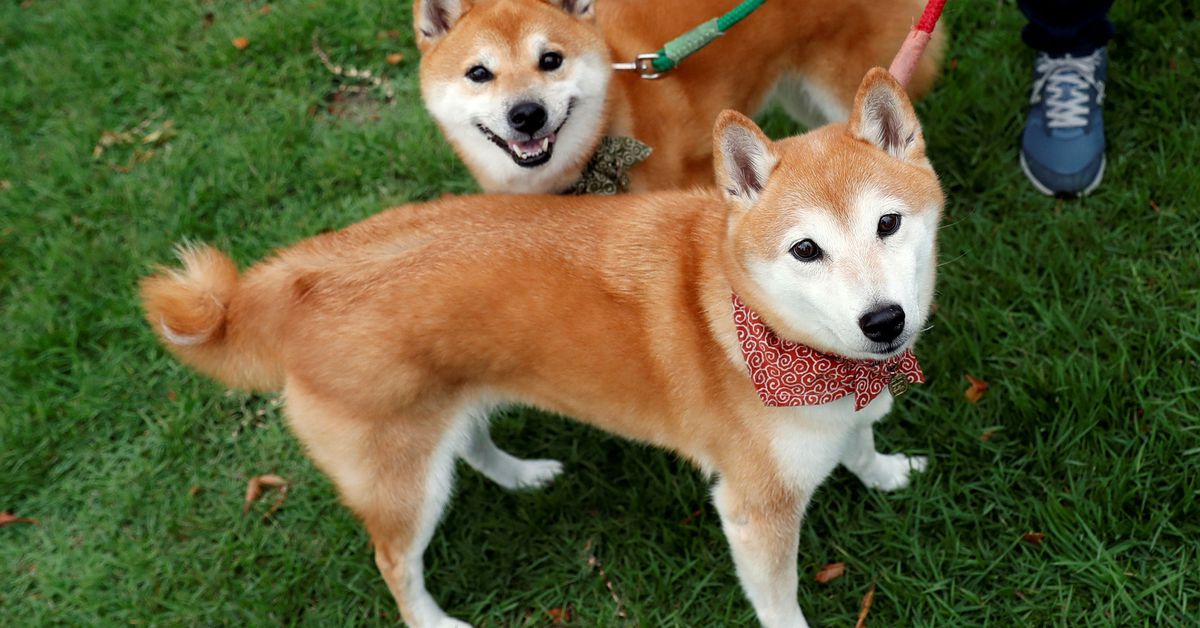 Dogecoin prices hit an all-time high on Tuesday, with a market cap above $ 50 billion, after social media fans used hashtags to fuel a rally in the meme-based cryptocurrency.

An 8,000% price spike this year has seen Dogecoin, which launched as a satirical critique of the cryptocurrency frenzy of 2013, overtake the most widely used cryptocurrencies like Tether to become the fifth largest coin.

While Dogecoin, whose logo features a Shiba Inu dog at the center of the meme, represents only a fraction of the $ 1 trillion worth of bitcoin, it can be traded on more popular crypto exchanges and trading apps.

“The Doge rally represents an interesting convergence,” said Diana Biggs, CEO of cryptocurrency startup Valor, after Dogecoin’s price soared more than five times in the past week to a record $ 0.42, according to CoinMarketCap.

“A meme coin created as a joke for early crypto users whose community found that kind of funny stuff, with now a new generation of retail investors for whom memes are a native language,” Biggs added.

Dogecoin fans used the hashtags #DogeDay and # DogeDay420 to post memes, messages and videos on Twitter, Reddit and TikTok, in reference to the informal holiday of April 20 to celebrate cannabis, which is marked by smokers and street parties. .

“GIVE ME THAT DOGECOIN LAMBO !!! #DogeDay,” one tweeted, referring to the popular Lamborghini car in crypto culture.

The Dogecoin surge came amid a surge in online trading of stocks and cryptocurrencies by retail investors, trapped at home with extra cash due to the COVID-19 pandemic. It has not coincided with a growth in the use of the currency for payments or in commerce.

The same trend has spurred a boom in the use of online trading apps like Robinhood, and also fueled the social media-driven rally in GameStop Corp (GME.N) stock that pitted retail investors against hedge funds. coverage earlier this year.

“It’s an extension of the same phenomenon that has led to Tesla shares valuing well beyond fundamentals and, more recently, to the short squeeze from GME (GameStop),” said Ajit Tripathi, the startup’s director of institutional business. decentralized financial Aave.

Like other cryptocurrencies, Dogecoin’s price is heavily influenced by social media users, including Tesla (TSLA.O) boss Elon Musk, whose tweets about the cryptocurrency in February raised its price by more than 60%.

“If this goes according to plan and everyone including Musk go ahead and just put money into Doge on April 20 all at once, Doge will hit prices that were not originally even conceptual,” said a TikTok user in a video promoting the currency.