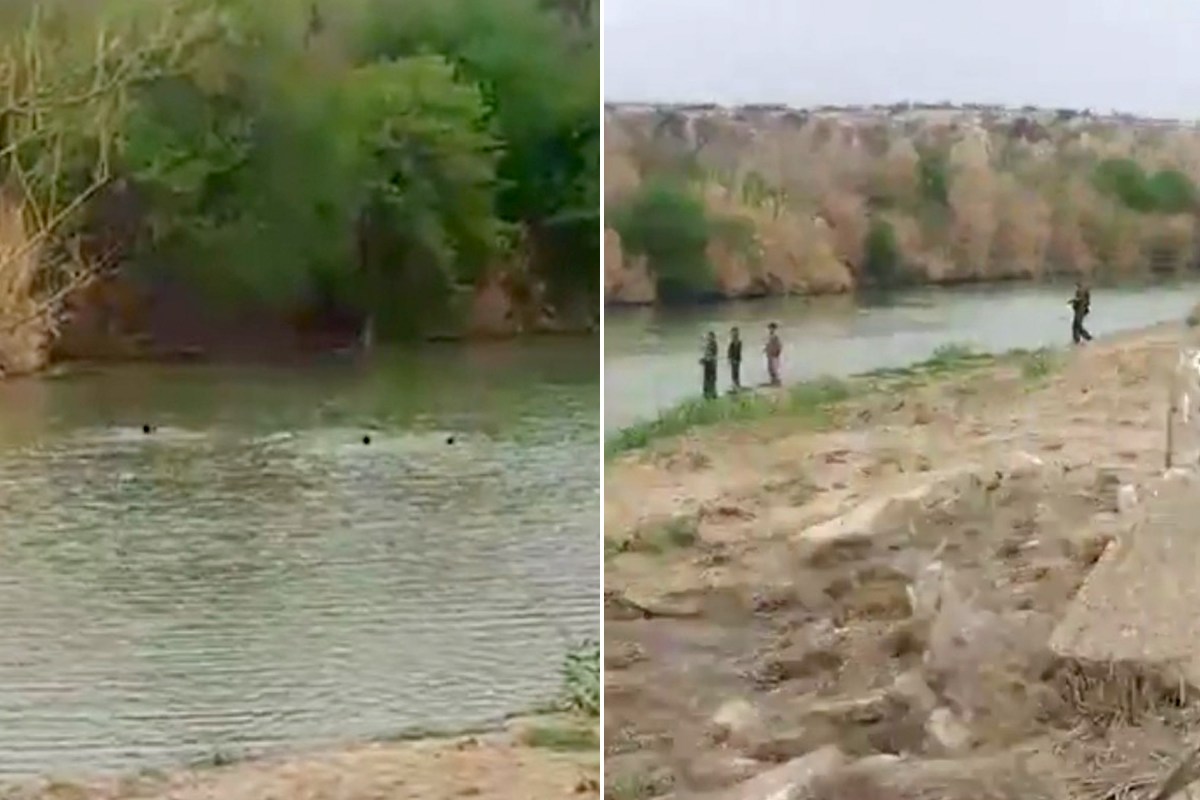 A tragic video appears to show young migrants drowning in the Rio Grande, a deadly twist in the growing border crisis.

The images, captured by fisherman Jesse Vargas, show the heads of three people bobbing in the water. The U.S. Border Patrol, whose agents were stationed on the nearby coast, said only two people were killed.

“You don’t have life jackets, nothing? They are drowning these guys! “Fisherman Jesse Vargas can be heard yelling at the officers.

“That girl didn’t come out anymore!” Vargas continued. He used his fishing reel to save a boy, about 13 years old, but claims that a woman and two teenagers drowned.

The incident took place after agents “thwarted a human trafficking attempt,” the Laredo sector of the Border Patrol said in a Facebook post.

The mail said officers saw several people attempt to swim across the Rio Grande into Mexico and several were detained, while others made it safely to the shore of the Mexican river.

“Two people succumbed to the dangerous currents of the Rio Grande and died,” the statement said, adding that the investigation is ongoing.

Video recorded by Vargas shows Mexican authorities recovering a body on the opposite side of the river.

The Customs and Border Patrol Office of Professional Responsibility is reviewing the incident, the Houston Chronicle reported.

The incident took place on Tuesday, and after posting the video, Vargas told local CBS affiliate KABB that he had been receiving calls from Guatemala and other Central American countries asking about the woman.

The number of people trying to cross the border has increased dramatically, Vargas added. He said he tells the migrants that if they are caught, “do not cross the river.”