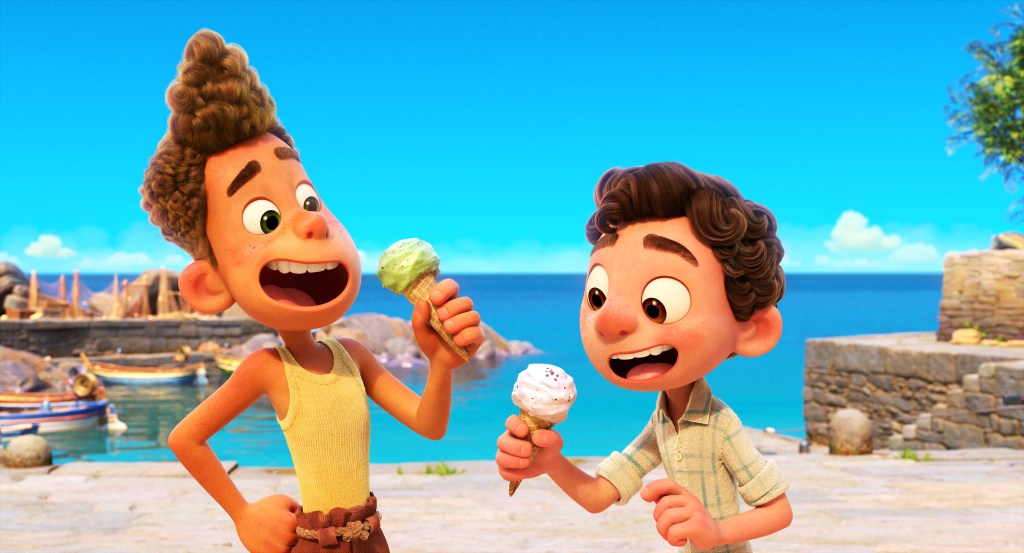 Jacob Tremblay, Jack Dylan Grazer, Emma Berman, Maya Rudolph, Marco Barricelli and Jim Gaffigan will participate in the voice cast of the upcoming Disney-Pixar animated film. Luca. The cast, along with a trailer and poster, was unveiled today.

Check out the sneak peek above and see additional photos below.

Disney and Pixar describe Luca as “a fun and moving story about friendship, stepping out of their comfort zone, and two teenage sea monsters experiencing a life-changing summer.”

The cast and characters include:

The Full Synopsis: Set in a Beautiful Seaside Town on the Italian Riviera, the Original Disney and Pixar Feature Film Luca is a coming-of-age story about a boy who lives an unforgettable summer full of ice cream, pasta and endless scooter rides. Luca shares these adventures with his new best friend, but all the fun is threatened by a deeply kept secret: They are sea monsters from another world just below the surface of the water.

Disney-Pixar will launch Luca this summer.