DirecTV spin-off from AT&T earns points for strategy, but not financial impact 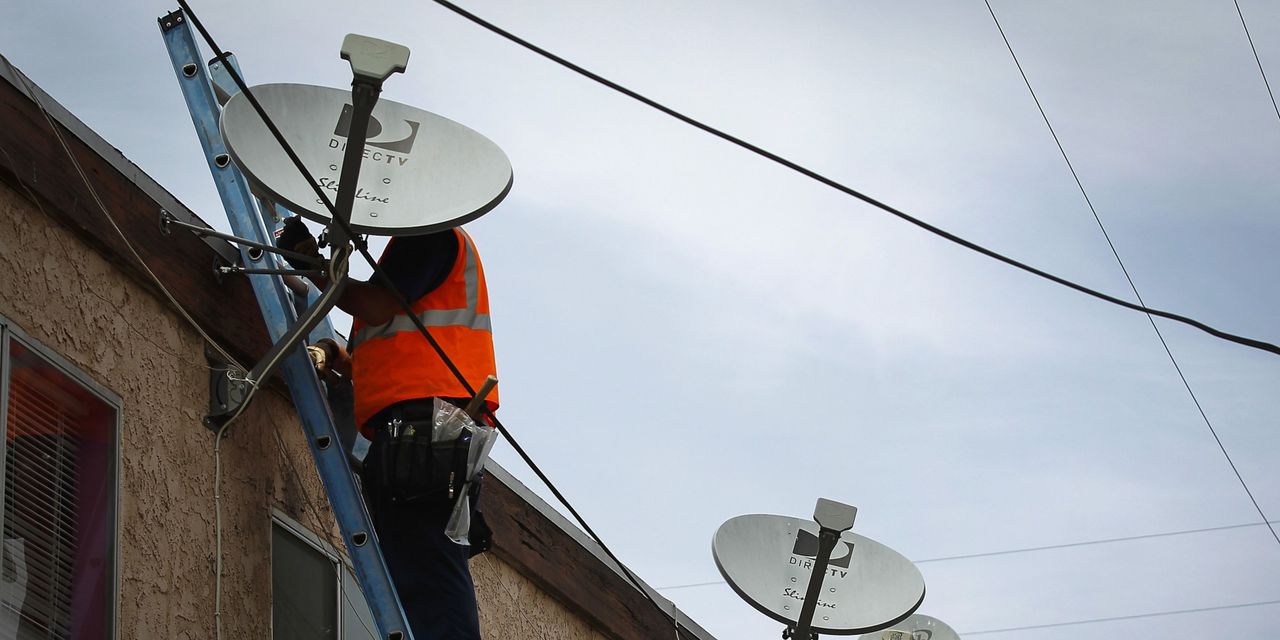 
AT & T’s complex transaction to divest DirecTV and its other pay-TV businesses met with generally positive reactions on Wall Street for its strategic intent, but not for its potential financial impact.

Some analysts see the transaction as the first step toward a second deal, presumably a merger with a satellite competitor.

The downside is that it will affect AT & T’s cash flows and earnings in the short term, possibly putting additional pressure on the company’s high dividends.

The transaction, announced Thursday night, will see AT&T spin off its pay-TV operations, which include DirecTV, AT&T TV and U-verse, into a separate entity later this year. There are several moving parts.

AT&T will own 70% of the capital stock of the new DirecTV, a stake valued at $ 4.2 billion, in addition to obtaining $ 4.3 billion in junior preferred shares with a 6.5% pay-in-kind yield. Private equity firm TPG Capital is paying $ 1.8 billion for senior preferred stock with a 10% cash return, and will also get a 30% stake in the entity’s common stock. Ultimately, the new DirecTV will assume $ 6.2 billion in new debt.

Proceeds from the TPG purchase and debt issuance will go to AT&T, providing it with $ 7.6 billion in cash upfront. The company will use that money to reduce its existing debt.

There are some additional wrinkles: AT&T will be responsible for the first $ 2.5 billion in losses from DirecTV’s NFL Sunday Ticket, the new DirecTV also takes on $ 200 million of existing AT&T debt, and there are tax implications to be disclosed. But adding all that, AT&T assigns a business value of $ 16.3 billion to the new DirecTV.

“When it comes to getting to the value of the transaction, we admit to being confused and listening to a large number of investors who are too; we assume such a confusing presentation is somehow on purpose, ”JP Morgan analyst Phil Cusick wrote on Friday. “Regardless of the stated value of the deal, we think it should suffice to say that AT&T is raising ~ $ 7.6 billion of cash up front, holding 70% of the common equity, and getting a good chunk of the cash flow over the medium term assuming all goes. good.”

AT&T management said Thursday that they expect to get about $ 1 billion in distributions a year from the new DirecTV from a dividend on common stock. But that will depend on DirecTV’s operating results.

With the details of the spin-off still somewhat murky out of the way, analysts turned their attention to the long-term financial and strategic implications of the deal for AT&T. Several saw it as opening the door to a future merger with Dish (DISH) that could help consolidate America’s satellite television industry. AT & T’s 70% stake in the new entity means it could still benefit, but separating the business from AT & T’s core means it might not face as many regulatory headaches and distractions in a potential transaction.

Despite known cable-cutting pressures and subscriber exodus since AT&T bought DirecTV in 2015, for approximately $ 66 billion, including debt, the business has remained profitable in its decline. The company’s video segment generated $ 28.6 billion in revenue, down 11% and nearly $ 4 billion in Ebitda, or earnings before interest, taxes, depreciation and amortization, which is down 12% from 2019. That was about 7% of AT & T’s $ 54.5. billion in Adjusted Ebitda in 2020, which excludes some one-time costs, including a $ 15.5 billion write-off from, you guessed it, DirecTV. AT&T lost about 3.3 million video subscribers last year, to end with just over 17 million.

By spinning it off, AT&T loses DirecTV’s contribution to your earnings and free cash flow, but you won’t feel your revenue decline either.

“This feat of structuring substantially improves AT & T’s revenue growth profile (to <1%) and maintains great exposure to the potential synergies of a DISH merger, at the cost of a higher dividend payment ratio and higher slightly higher net leverage, "Bernstein wrote. analyst Peter Supino on Friday morning.

Calculate a dividend payment rate of about 70% for AT&T after the transaction, and a ratio of net debt to adjusted Ebitda of up to 3.6 times. AT & T’s dividend currently yields 7.3% annually.

AT&T also loses Bill Morrow to the new DirecTV entity, where he will become CEO. Morrow is a former telecommunications executive who has been in charge of expense management at AT&T since 2019 and has earned a reputation as a “chief cost-cutting officer,” although AT&T CEO John Stankey rejected that characterization in a call. with investors Thursday night. Stankey emphasized the spin-off’s ability to focus AT&T on growth areas like 5G, fiber internet and HBO Max.

“This is a bad financial transaction, in our opinion, but it could be good for the company strategically,” he wrote

Timothy Horan on Friday. “T’s FCF will come under pressure after the deal closes and the dividend could be at risk. “T is losing his spending czar to be CEO of the new DTV, but a greater focus on growing companies could help”

AT&T also has a wireless spectrum bill of $ 27 billion for purchasing and liquidating newly acquired Band C licenses. Investors and analysts will hear from the company on an investor day on March 12, when management is expected to discuss long-term strategy and may reveal new financial goals.