DHS: People with Certain Medical Conditions Eligible for the COVID-19 Vaccine on March 29 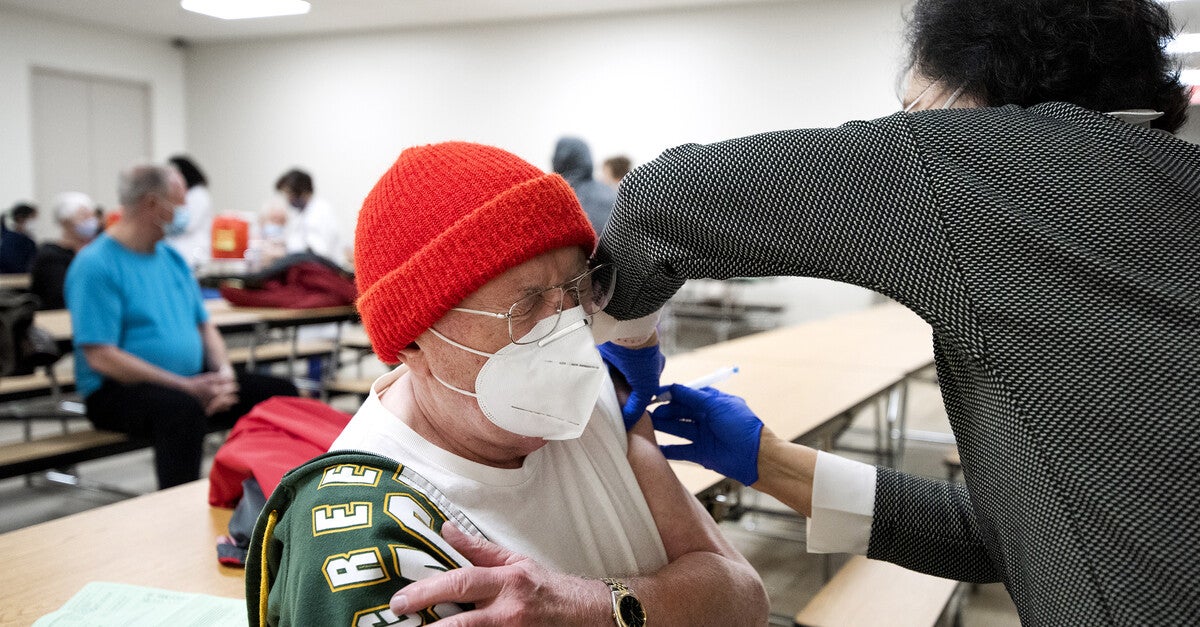 Three months after the first doses of the COVID-19 vaccine were injected into the arms of frontline healthcare workers, the highest priority group, those with underlying health conditions, will soon have their turn.

State health officials announced Thursday that Wisconsin residents between the ages of 16 and 64 will be eligible to get vaccinated starting March 29 if they have health conditions that put them at greater risk of becoming seriously ill or dying from COVID- 19. This group is more than 2 million people, authorities said, representing more than 60 percent of the state’s population.

By expanding eligibility, state leaders and health officials hope to build on the momentum that has resulted in more than 11 percent of the population being fully immunized.

“This is incredible progress made possible by our network of vaccinators and the increased supply of vaccines that we know is on the way from the federal government,” said Deputy Secretary of the state Department of Health Services, Julie Willems Van Dijk, during a virtual press conference.

State officials have faced criticism for not making people with pre-existing conditions eligible sooner, as other states have. Wyoming, for example, allowed people with chronic medical conditions to get vaccinated against COVID-19 beginning February 1.

As of Thursday, more than 1.8 million doses of the coronavirus vaccine had been administered in Wisconsin, and 64.8 percent of Wisconsinites 65 and older were fully vaccinated.

Those already eligible for the vaccine in Wisconsin under Phase 1a and 1b are people 65 and older, teachers, child care workers, and essential workers like public transportation drivers, farm employees, and grocery store employees. Frontline health care staff, residents of long-term care and skilled nursing facilities, police and fire personnel, and correctional staff are also eligible.

Those with chronic illnesses are in Phase 1c. DHS has determined 20 health conditions that qualify a person to be eligible for the vaccine. This includes obese and overweight people. According to state data, 67 percent of Wisconsin residents fall into this category.

Willems Van Dijk said Thursday that tests for chronic illness will not be required.

“We don’t ask people to verify, we don’t ask people to bring their medical history and prove they have asthma or diabetes,” said Willems Van Djik. “It’s not about policing this, it’s about creating an entry into the vaccine system for people who have these conditions.”

The state’s decision was backed by recommendations from the Centers for Disease Control and Prevention.

Those with chronic illnesses see reason for optimism

The state’s announcement comes less than two weeks after Wisconsinites under 65 with chronic health conditions expressed frustration at not being prioritized, despite their serious risk of complications if they fell ill. On Thursday, some of the members of that group received the news as a relief, although doubts remain about the logistics of the next phase.

Sherie Kristie, from Hudson, is 61 years old with pulmonary fibrosis that has reduced her lung capacity by 30 percent. He said he hopes providers will follow the state’s advice and prioritize those most at risk. Otherwise, he fears a fight between the large group of people who will be eligible again on March 29.

“I feel like I’m going to go to Walmart on Black Friday to fight my fellow man and get one of those few big screen TVs,” Kristie said. “And I’ve never bought Black Friday because everything was so ugly. In this case, it’s life or death, and I’m going to do everything I can to compete.”

Willems Van Dijk said the state’s vaccine supply is expected to increase sharply by the end of the month, and new mass vaccination sites in several cities across the state will also help meet increased demand.

Bruce Nerge of Janesville is 64 years old, with type 2 diabetes, emphysema and other conditions that he said qualify him for eligibility in the next group multiple times. He said the news left him with the hope that he will see his grandchildren relatively soon.

Based on recent and anticipated increases in vaccine availability, DHS predicts that the general public will be eligible for the vaccine sometime in May.

The news of the expanded vaccine eligibility comes as COVID-19 cases in the state remain stable. DHS reported 502 new cases of the disease Thursday, bringing the average for the past seven days to 363 daily cases. A week ago, the average was 522 daily cases.

There was 3,693 negative tests reported Thursday, and no new deaths from COVID-19.

Other DHS data for Thursday included: