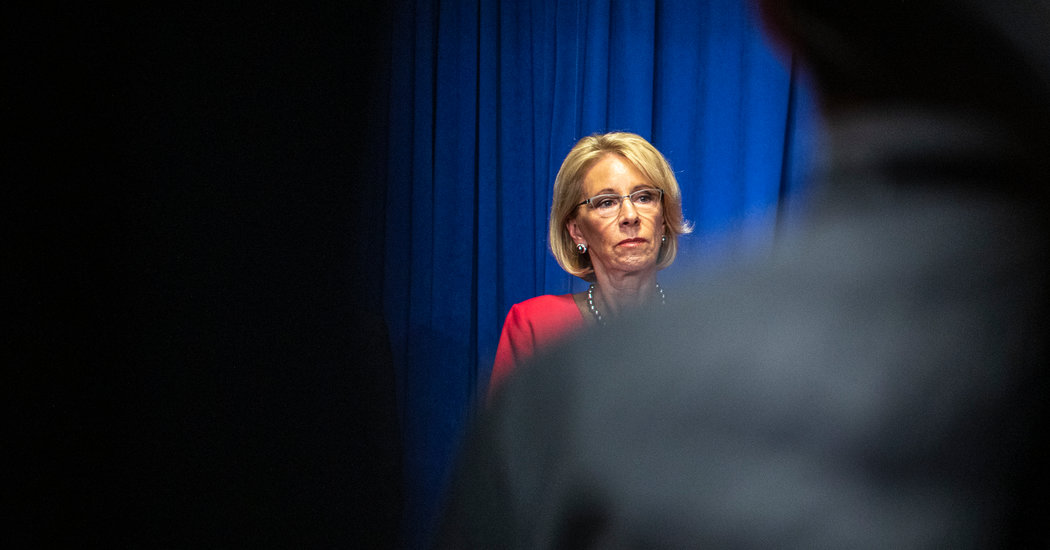 “Teachers, children, and parents fear for their lives,” Pressley wrote. “You point to a private sector that has put profits on people and claimed the lives of thousands of essential workers. I would not trust you to take care of a house plant, much less for my son.

Ms. DeVos’s threat to withhold federal funds from school districts that are not reopened to in-person instruction annoys even those who share her belief that public schools have failed the most vulnerable students.

Sarah Carpenter, executive director of Memphis Lift, a parent advocacy group that criticizes city public schools, said her community was struggling with death, unemployment, the lack of high-speed Internet in homes and children without electronics devices. It echoed concerns captured in surveys, such as those compiled in Washington, DC, which showed that communities most affected by the virus were unsure about sending their children to a classroom.

“You want us to take a chance and send our children to a building that wasn’t even a toilet before they left. It’s not safe, ”said Ms. Carpenter.

Education leaders and medical experts have identified the reopening of schools as a national priority, particularly for children of color whose communities have been most affected by the crisis. Students need to recover from the academic and emotional cost of the pandemic, and regain access to assistance programs like school meals and social services.

Before last week, Ms. DeVos seemed to think that there were many ways that schools could meet this challenge. In recent months, she had been criticized for using the coronavirus to drive policy changes that would create more options for families during the pandemic, including coupons for private schools, tutoring, and virtual schools.

In early April, he announced new distance learning rules for higher education, saying the national emergency “underscores the need for reform and that all educational institutions have a strong capacity to teach remotely.” Later that month, it announced a microgrant competition, in which states could compete for $ 180 million grants to establish virtual virtual learning programs, course access, and “new models initiated in the field to provide remote education not yet imagined “