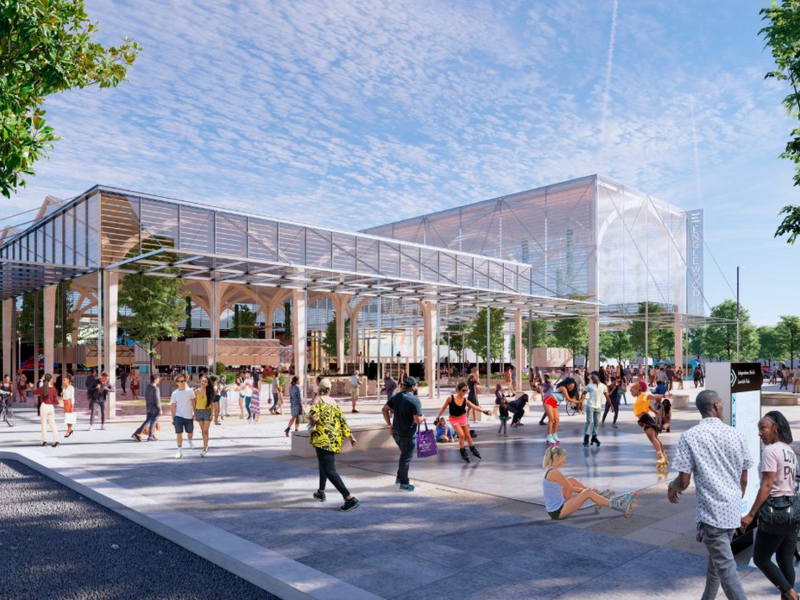 The trio of proposals totaling about $ 65 million in estimated project costs is intended to serve as a catalyst for much-needed economic development in neighborhoods that have suffered decades of divestment. Lightfoot made that a priority through Invest South / West, which is intended to channel public resources through tax incentives and other funds to reduce the financial hurdles that keep many real estate investors on the sidelines in underserved communities.

The city issued requests for proposals for the three sites in August, but did not disclose what tax incentives, if any, the top three winning bidders will use. Details on those incentives will be finalized through remodel agreements submitted to City Hall this summer, according to the city’s planning department.

“Initiatives like INVEST South / West are critical to advancing our goal of enhancing the socioeconomic vitality of our historic South and West sides,” Lightfoot said in a city statement, noting that construction on the first projects could begin later. of this year. “Each of these winning entries will contribute to this goal by providing residents access to exciting new employment resources and affordable, cultural housing.”

The largest of the three projects is in Austin, where a group including affordable housing developer Oak Park Regional Housing and anti-poverty organization Heartland Alliance was selected to revitalize the 5200 West block of Chicago Avenue with a $ 37.5 renovation. million of the historical old. Laramie Bank building and adjacent land development.

The proposal would convert the dilapidated building into a commercial building that includes a blues museum, bank branch, café and business incubator. On a 20,000-square-foot site next door, developers would add a mixed-income apartment building, and the total project would generate up to 150 construction jobs and 22 full-time jobs, the city said in the statement. The project was chosen from seven responses to the city’s request for proposals on the site.

At Auburn Gresham, a joint venture that includes Chicago-based affordable housing developers, Evergreen Real Estate was the sole bidder and chosen to develop a vacant city-owned site along 79th Street, west of Halsted Street. , with a $ 19.4 million project with 56 units. of affordable housing, commercial premises on the ground floor and 35 parking spaces. The development would rise across the street from an empty historic building whose owners won a $ 10 million grant last year from the Pritzker Traubert Foundation to rebuild it into a “healthy lifestyle center” that includes medical and health clinics. well-being and a black-owned street. Restaurant level, among other amenities.