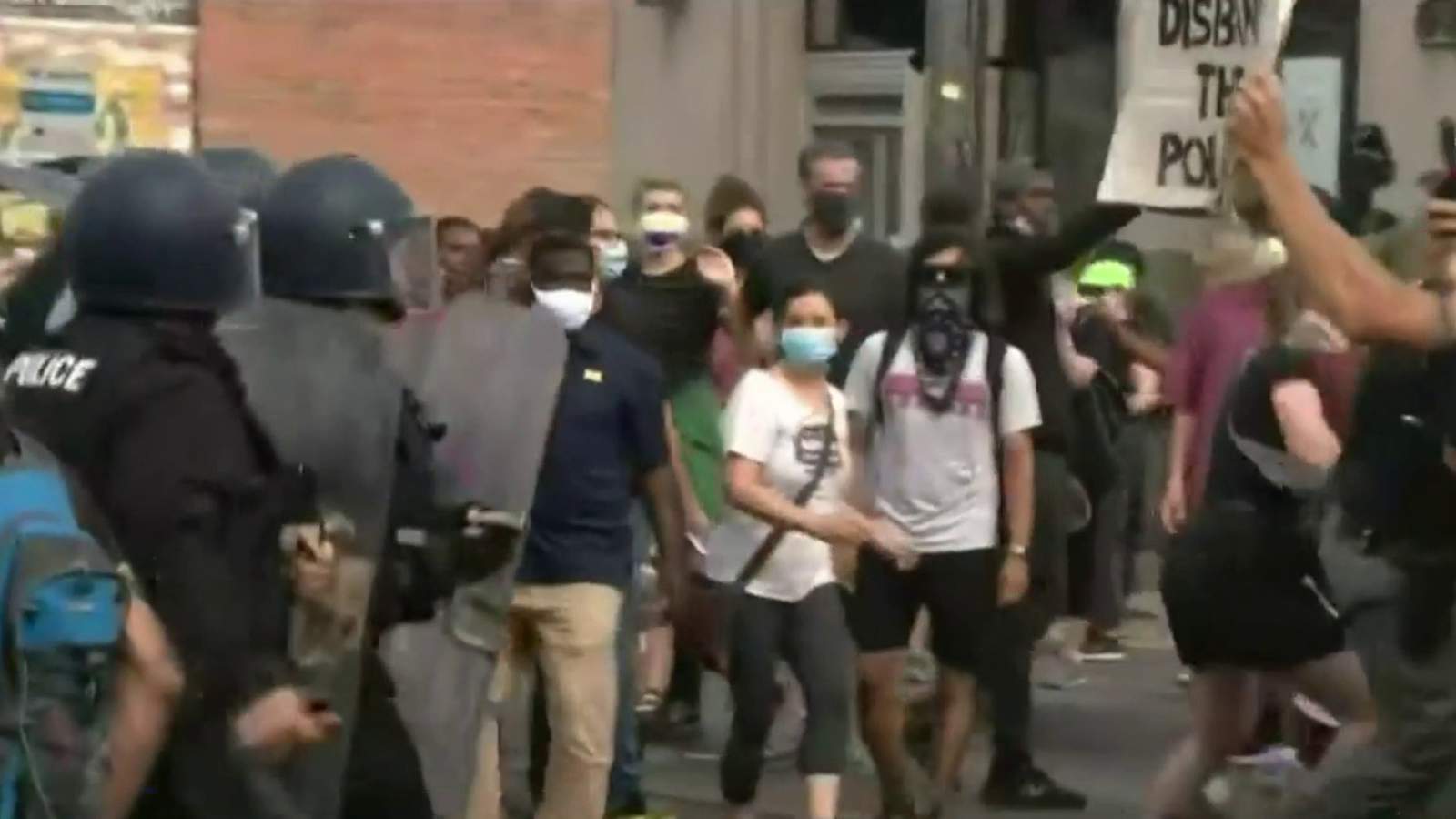 DETROIT – Protests in response to a fatal shooting involving an officer on Friday resulted in the arrest of eight people.

People gathered at the site hours after Hakim Littleton, 20, was shot dead on the west side of Detroit. They demanded that the police release a video of the fatal shooting.

During a press conference Friday night, the Detroit Police Department released body camera footage of the incident to combat rumors on social media that the police killed an unarmed teenager. Graphic images show Littleton firing a gun at an officer before police shot him.

The organization “Detroit Will Breathe” held a press conference on Saturday afternoon at the shooting location, near the intersection of West McNichols Road and San Juan Drive.

“I thought it was very inappropriate and really shocking that there was no one there to give the community any response or way to get involved,” said Tristan Taylor of Detroit Will Breathe. “We know for sure that if we hadn’t been here, that video wouldn’t have been released the same day.”

Police Chief James Craig spoke about the incident Saturday morning. He said he is behind his officers and his decision to pull the trigger.

“Clearly when you watch this video, the officer responded appropriately,” said Craig. “It was certainly a threat to his own life and that of his partners.”

“The Detroit Police Department is showing us again that it lacks the strength and doesn’t know how to engage with citizens in a de-escalation-oriented way,” said Taylor.

Detroit Will Breathe released a statement Saturday criticizing the Detroit police decision to have riot officers in response to protesters who marched on Friday. It reads, in part:

“Instead of engaging with the crowd by sending someone to speak to people, to tell us that the video would be released in a couple of hours, to communicate with the family, DPD sent the police in riot gear marching through the neighborhood to intimidate By piling them up, ramming them with shields, hitting them with batons and blinding them with pepper spray. Once again, DPD showed its inability to de-escalate a situation and tried to overcome any criticism of DPD with its batons and shields. “

The organization criticized the amount of information the Detroit police released about the situation, and although the video clarified some details, it said more context was needed.

“The video sheds some light on the situation, such as the fact that Hakeem Littleton shot the police and tried to flee the officers. What the video doesn’t show is Hakeem’s motivation or whether he perceived that his life was in danger from DPD. It is unclear whether he had a background with police officers or not, something that a thorough investigation and background check of the officers involved in the shooting would help uncover. “

Detroit Will Breathe said it should be standard that images of the shootings involving officers be released on the day of the incident, as well as the names and records of the officers involved.

“The police have no right to act with impunity, and the community has every right to demand responsibility and oversight.”