Detroit turns a park into a memorial for the city’s 1,500 Kovid-19 victims 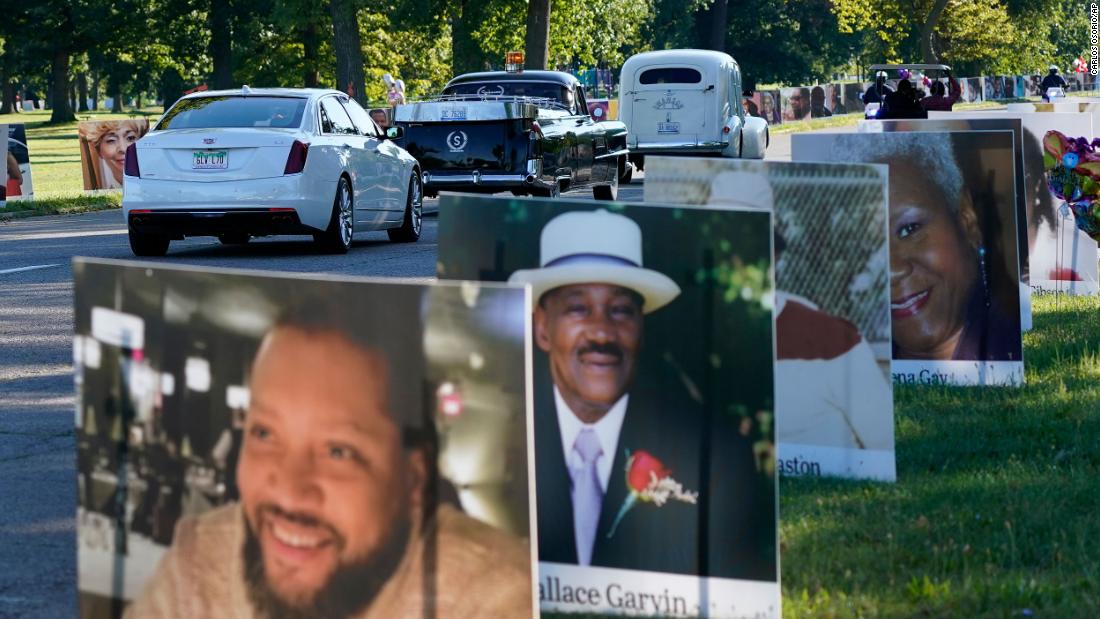 Hundreds of large images of people dying of virus line roadways at Belle Isle Park to commemorate their families and loved ones from mourning and protecting their vehicles.

Mayor Mike Duggan declared Monday “Detroit Memorial Day” to allow the city to pay tribute to the victims, many of whom could not be cremated as they wanted due to restrictions to help control the spread of the disease.

“Today we get a chance to mourn together,” Duggan said before the memorial began. He was joined by other city leaders as well as Michigan Gov. Gretchen Whitmer and Lieutenant Gov. Garlin Gilchrist.

Duggan said the idea for the memorial came from Cher Conner, whose mother died of sepsis in the spring. She shared her experience with him during the community zoom call.

“All these people who are going through all this, not just me, they don’t have a chance to be cremated,” Connor told CNN affiliate WXYZ. “And it’s just awful. It’s like a nightmare.”
Duggan said that when his father died in March, his family did not have travel or funeral services.

He said, “You don’t realize what the important part is until you go through it.”

The park was closed on Monday, so family members could have a chance to go. 15 funeral processions were planned, with vehicles being led on the Shravan Marg.

Eric Muraria told WXYZ that he and his family had gone there to honor 82-year-old grandmother Francis Bazell, who died in April from Kovid-19.

“One of the hardest parts was that my grandmother, our grandmother, was in the hospital alone,” she said. “For her to be alone, to pass alone .. I think we hurt the most.”

The photos, which were provided by family members, show those who died in happy times.

Whitmer said the state was particularly vulnerable to the disease. As of Tuesday, the state has recorded more than 113,000 cases and 6,767 deaths, according to data from Johns Hopkins University.
“It’s easy to become numb in this environment, but we shouldn’t just look at them as numbers,” Whitmer said Monday. “These are people. Men and women. Father and mother. Daughters and sons. Brothers and sisters, who had dreams and plans and a story. They were not finished yet.”

The photo will be displayed through Wednesday.