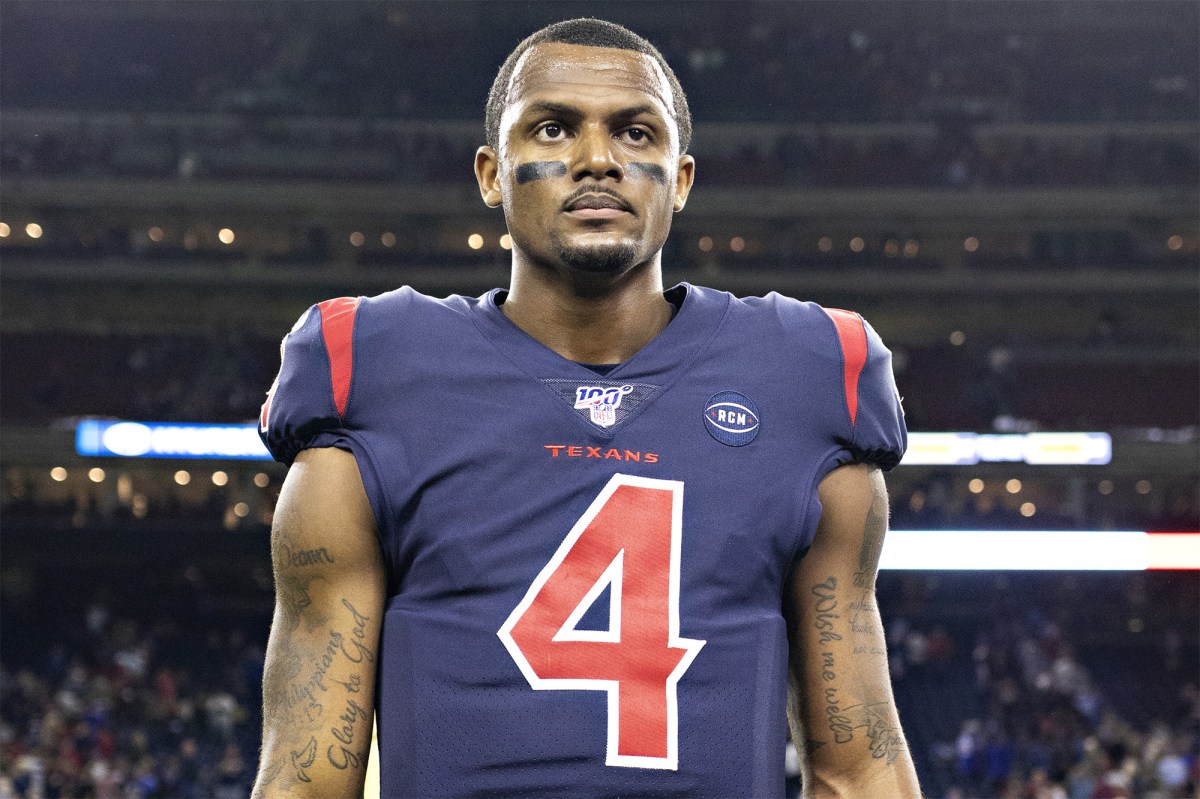 Deshaun Watson’s attorney said Friday that he will publicly address the sexual assault allegations leveled against the Houston Texans quarterback in the coming days, but parts of his defense strategy against multiple civil lawsuits are beginning to emerge.

Watson is “convinced” that he did not sexually assault any of the several women who have filed civil lawsuits against him in Harris County, Texas, TMZ reported Saturday, citing multiple sources related to the quarterback.

On Friday, the number of sexual assault complaints filed against Watson rose to seven, with five more pending, according to victims’ attorney Tony Buzbee, who added that he has spoken with 10 other women who have yet to be examined.

According to Buzbee, the three-time Pro Bowler assaulted the masseurs, and one of them alleged that she was forced to perform oral sex on Watson.

Another alleged that “it became apparent that Watson wanted a massage for only one reason: sex,” adding that he acted “aggressively” and touched her with his genitals.

Most of the women who have already filed lawsuits have claimed that Watson initially contacted them through Instagram. Watson’s side told TMZ that it only communicated with the women through social media because their regular masseuse was unavailable due to the COVID pandemic.

Watson asked several acquaintances for recommendations, and the sources added that Watson “placed an emphasis on privacy” and specified the areas he wanted to massage in “to make sure the masseuse was comfortable and that things remained professional,” reported TMZ. .

At least one masseuse said in her complaint that it seemed “somewhat peculiar” that an “NFL player sought a massage from her, because she is not yet a known masseuse.”

Sources close to Watson also told the website that the 25-year-old “insists he never crossed the line” with the alleged victims, and “strongly believes they are being targeted by a money-hungry attorney seeking payment.” “

That was in line with what Watson said Tuesday on Twitter, when he wrote that he “never treated any woman with anything but the utmost respect” in his first and only public comments on the allegations.

Watson, who signed a four-year extension worth $ 156 million in 2020, is not looking to strike monetary deals with the women, according to the TMZ report, and “doesn’t want to give them a penny because he’s convinced they didn’t.” . do nothing wrong. “

Watson’s attorney, Rusty Hardin, told a news conference Friday that the various allegations are “unfounded” and asked people to “keep an open mind” until they have a chance to address them publicly next week.

The NFL said Thursday it was investigating the allegations involving Watson.