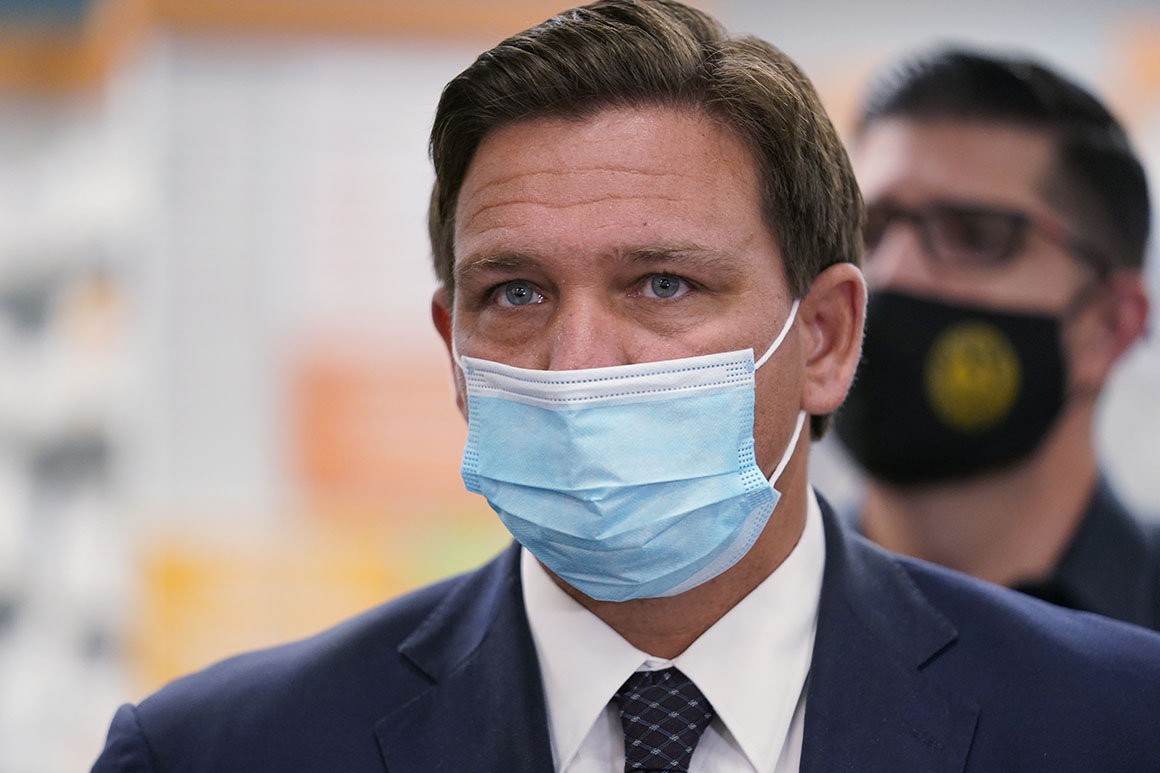 Florida Governor Ron DeSantis announced plans Thursday to open eligibility for the Covid-19 vaccine to people who are at least 18 years old. years, a week after criticizing a Democratic mayor for lowering the age requirement.

In a press release and video, DeSantis stated that there will be enough vaccinations for younger residents, as 70 percent of older people in Florida have been immunized against the coronavirus. Starting March 29, DeSantis will lower the age of eligibility for the vaccine to 40 years, and then a week later, it will drop it for adults 18 and older.

“While the Biden administration set a May 1 deadline for vaccine eligibility for all adults, Florida is pleased to announce that all adults in the state age 18 and older will be eligible for the vaccine at starting Monday, April 5, “DeSantis said. “We have made great progress and I look forward to continuing to work hard to make sure that everyone in Florida who wants an opportunity can do it.”

More than 5.2 million Floridians were vaccinated as of early Wednesday, and DeSantis has said more doses will be available in the coming weeks as demand declines among younger residents. Its vaccine distribution plan gave top priority in December to front-line healthcare workers, nursing home residents and people 65 and older, and some parts of the state saw demand drop several weeks ago.

The May 1 deadline announced by President Joe Biden on March 11 prompted a race between Florida and other states to quickly open eligibility for the Covid-19 vaccine. Georgia residents who are at least 16 years old became eligible for the vaccine on Thursday. Alaska, Arizona, and Mississippi also offer vaccinations to residents 16 and older. Last week, California Governor Gavin Newsom had said that the vaccine will be available to all residents in the coming weeks.

DeSantis’ announcement Thursday came after Orange County’s Democratic Mayor Jerry Demings last week lowered age eligibility to 40 or older at a county vaccination center. When asked about a local elected official who lowered the vaccination age, DeSantis replied, “It is not his decision.”

But Demings chuckled this week when asked if he feared retaliation from the governor.