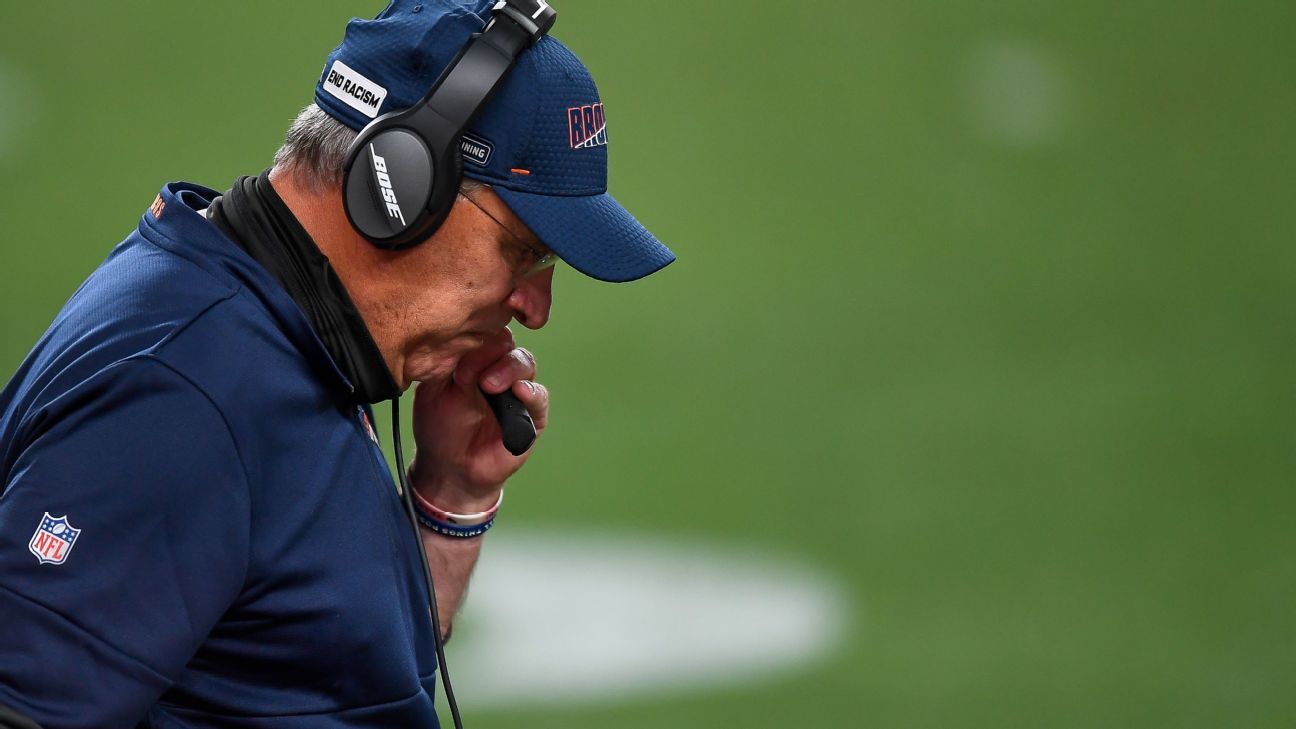 ENGLEWOOD, Colo. – Denver Broncos coach Vic Fangio said on Tuesday that the 16-14 loss to the Tennessee Titans late Monday night was “entirely my fault” due to the team’s failure.

The Broncos had plenty of other foams during the narrow loss to open the season, but Fangio’s decision to use them once or twice during Tennessee’s last possession has drawn much criticism. The Titans held the ball for 2 minutes, 48 ​​seconds of the final 3:05 before Stefan Gostkowski kicked a 25-yard game-winning field goal.

The Broncos had three time left when the Titans opened the drive, and by the time they had two seconds left in the game, they didn’t use any of them. Gostkowski had three field goals and an extra point missed in the evening.

“I didn’t think the ‘ice kicker’ was worth it because he was struggling anyway,” Fangio said. “I missed a timeout call after the second-down play from the 29-yard line, when [Derrick] Henry got 13 yards down in our 16. I should have said timeout there; He was what I missed. “

The play was referred to Fungio who started 1:33 on the clock, and the Titans did not run another play until there were 49 seconds left in the game. It was a period of 38 seconds that the Broncos could use a little later, when their final possession ended at their 43-yard line – one or two completions from field goal range.

Fangio, who is the Broncos’ playcaller on defense, was asked if a pre-messenger game did not affect the type of mechanics that affected the position halfway or the end of the game in the field of defense. And he is calling plays. – Or if the decision to part with Mitch Tanny, the team’s former director of football analytics at the office, was a factor. Tenney was on the headset from the coach’s box during games for such scenarios during his time with the team.

“All can happen,” Fangio said. “It was completely my fault, I thought a lot there about what I’m going to say on defense. I missed it. … All coaches chip in on that, offensive coaches when we’re in defense … [but] It was just my memory of that one, not anyone else’s. ”

Asked if it was important for him to accept the mistake, noting what his players demanded, Fungio quickly said, “Absolutely.”

While the outside of the team remained a hot topic of conversation after time expired, after the second game ended, the Broncos had a substantial list of other issues in the loss. Quarterback Drew Locke threw two snaps and missed two possible throws from Nick Venet before two plays in the fourth and goal attempt from the Titans’ 1-yard line in the final minutes of the first half.

Rookie wide receiver Jerry Zeudy had two of the team’s three drop passes with just four minutes left in the game with one that could seal the Broncos victory. Linebacker Alexander Johnson had a personal foul penalty – a penalty Fungio said was a “highly suspicious” call on Tuesday – which disregarded the Michael Ojemudia interception.