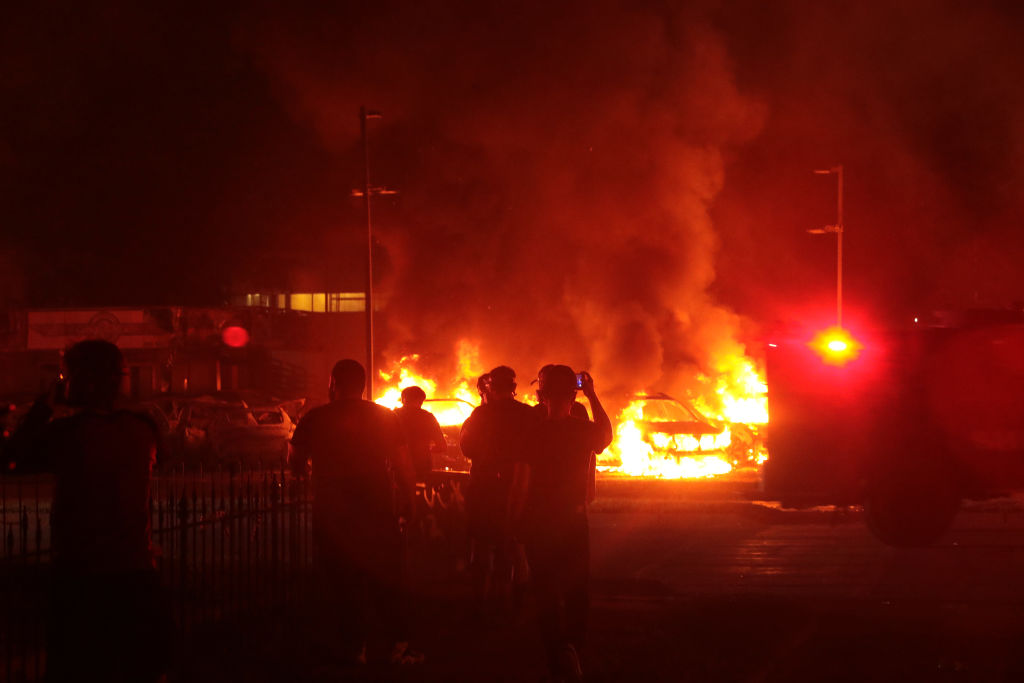 A Democratic county sheriff in Indiana shut down the party last week as President Donald Trump ended his law and order attacks on former Vice President Joe Biden with less than two months to go until the 2020 election.

Vanderburgh County Sheriff Dave Wedding told reporters that Democrats “want to burn that thing everyday” as he pointed to an American flag, and said he could not tolerate their alleged opposition to the symbol.

The Associated Press reported that the sheriff also said that he was “tired of starting a fire in our streets”, as he revealed his switch to the Republican Party.

With Indiana’s Lieutenant Government Suzanne Crouch (R), the wedding said: “It’s interesting that we see this magnificent flag here … and the Democrats want to burn that thing every day. And that’s why I said . He cannot stand. Burning our flag. Symbol of our country and our freedom. The greatest country in the world. ”

“Sheriff Dave Wedding of the Vanderburgh Company and Sheriff Tom Latham of the Posey Company are welcome at the GOP,” he said. “Under President Donald Trump we stand for Law and Order and we are Back the Blue!”

As reported by the Evansville Courier & Press, the wedding was twice elected as a Democratic representative – first in 2014 and then in 2018.

“We know that there have been many conversations regarding police reform at the national level. However, Sheriff Wedding is aware that Democratic prominence over county commissioners and city council continues to strongly and consistently support local law enforcement.

“Conversely, he always pointed out that the Republican-controlled Vanderburg County Council and the Indiana State Legislature were responsible for creating budgetary restrictions that made his job more difficult.”

The local party then accused its former ally of being “distasteful” and embroiled in “political opportunism” before they were quick to elect “fresh leadership” later this year.

Newsweek Have contacted the Vanderburgh County Sheriff’s Office for comment. This article will be updated with any feedback.