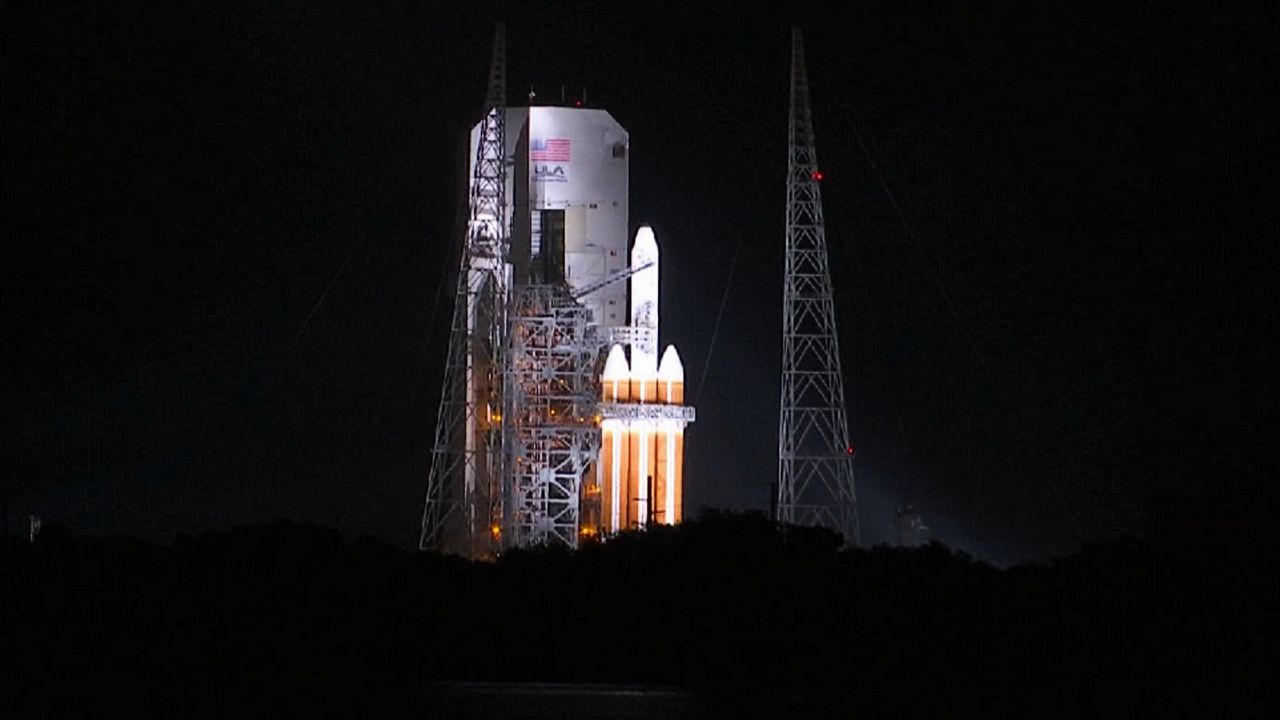 Cape Canaveral, Fla.. The rocket launch scheduled for Thursday-morning from Cape-Canaveral did not occur for the Joint Launch Alliance as the team had to stand up due to a technical problem.

ULA’s Delta IV heavy rocket was supposed to send a classified spy satellite to the National Reconnaissance Office and was scheduled to liftoff at 2:12 pm EDT.

In a tweet on Thursday morning, Ulla said the issue was a “critical ground pneumatics control system” and that its team needed time to look at the problem and work on it.

Joint launch alliance launched #DeltaIVHeavy # NROL44 The mission was cleared today due to an issue with an important ground pneumatics control system. The team needs additional time to evaluate and resolve the problem.

Later in the day, ULA announced that it extended the launch even further, on Saturday at 2:04 p.m.

There is an 80 percent probability of favorable weather conditions for launch.

It was originally scheduled for launch around the same time Wednesday morning, but according to the company’s tweet, the NRO requested a date change for liftoff.

When it launches, expect it to be a loud one as the Delta IV is made up of three powerful rocket boosters, which with a combined 2.1 million pounds of thrust will create quite a mess.

However, ULA is not the only launch space fans will get to see this week.

For Sunday, SpaceX plans to launch the SAOCOM satellite for Argentina’s space agency. Liftoff is scheduled for 10:30 am EDT at Space Launch Complex 40 of Cape Canaveral Air Force Station. It was scheduled for a launch at the same time on Thursday and again on Friday.

But now that the SAOCOM mission has been moved to Sunday, it is unclear whether SpaceX will launch the Starlink mission, which was scheduled for the same date and time. It was to be launched on Saturday.

ROCKET SHUFFLE: After this morning’s scrub, @ulalaunch #DeltaIVHeavy # NROL44 Launch set for 2:08 pm on Friday. @SpaceX # Falcon9 # SAOCOM1B Now gone at 10:30 on Sunday. That slot was the latest @SpaceX #Starlink Mission, unclear when it will go. @ 45thSpaceWing @ MyNews13 # News13Brevard pic.twitter.com/TTNcOtGvGL

If it moves, it will be at the Kennedy Space Center on launch pad 39A.

If all three launches had stopped as planned, it would have been a trifecta: three liftoffs in four days – which would be a record – overtaking three successive missions in 2001, when Titan 4, Delta II, and a spacecraft were within Launched a five-day period.