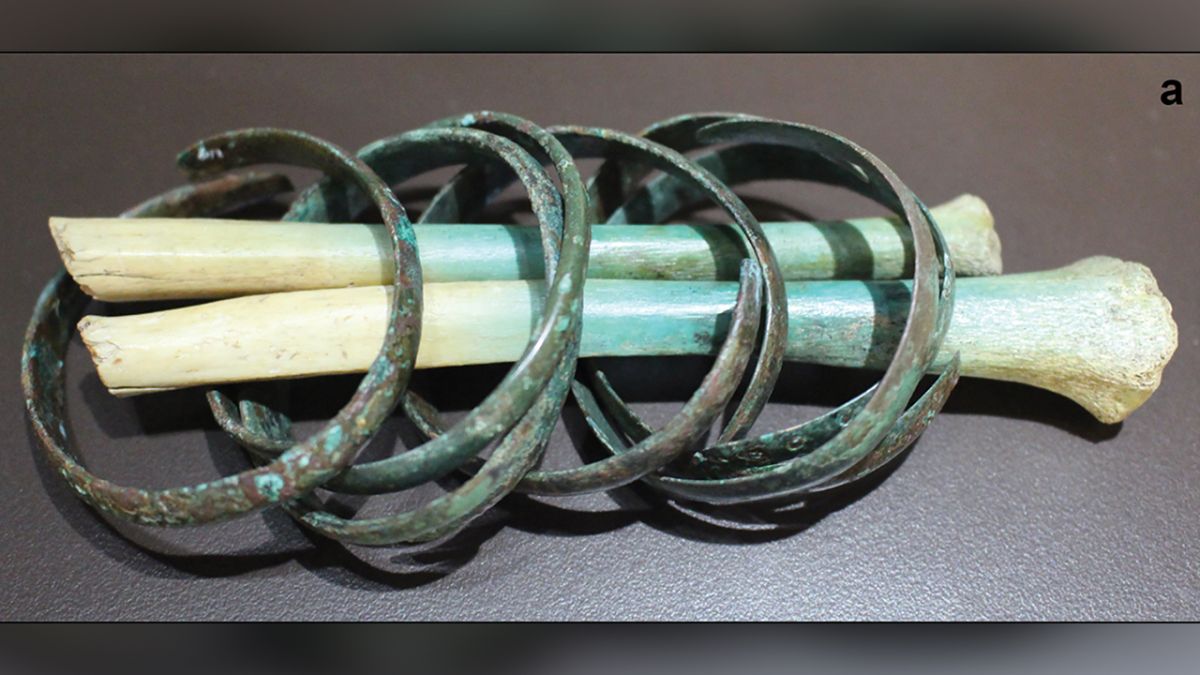 A brutal attack on an Iron Age city in northern Spain during the late fourth century or third century BCE saw more than a dozen dead bodies – men, women, and children – scattered and smoldering in the streets as the city burned.

Those who died suffered horrific injuries. One person was dismembered, two had bitten arms, and there were signs of mutation from the remains of about half of the individuals, archaeologists discovered.

A new analysis of the victims’ bones – the first detailed investigation of their injuries – shows that they were murdered by the neighboring community during either a calculated power grab or retaliatory action.

The site of the massacre was once an economically thriving city called La Hoya, located in the Rioja Alvesa region of northern Spain. It was occupied from the 15th century BCE to the 3rd century BCE, and had around 1,500 people on its summit. Archaeologists concluded the prehistoric settlement in 1935 and excavated it from 1973 to 1990, exposing about 15% of the site, scientists said in a study published today in the journal (Sept 30). Antiquity.

Although only a portion of La Hoya was excavated, it was immediately clear that something terrible had happened there. Burned skeletons – at least 13 complete and partial remains – were found lying in streets and inside buildings. An adult male was removed, although archaeologists did not find his skull. According to the study, damage to his right collarbone and scapula showed that his attacker attacked more than once.

Bone injuries to another male victim suggested that he was repeatedly stabbed from behind; Researchers reported that a teenage girl received a controversial hand, found a short distance from her body, still wearing five copper-alloy bracelets. They did not find any weapons marks near the bodies. Nor was there any defensive injury, and the damage was relegated to close range. All these clues pointed to a surprise attack.

Scattered craft items, hobbled livestock, and recently loaded pots of grain, suggest to the attackers that the attackers attack La Hoya on hot summer days or in the market in autumn. According to the study, by deliberately choosing a time when there would be crowds in public places, the attackers would have ensured a greater number of casualties.

Scientists said that despite the display of abundant goods in La Hoya at the time of the attack, the city was uncontrolled and its wealth untouched, indicating that the motivation for the violence was political.

The Roman occupation of Iberia, beginning in 218 BCE, was brutal, and has long been credited with sparking cycles of regional violence and upheaval. Two Roman massacres in Iberian cities – Cerro de la Cruz 150 BCE to 130 BCE and La Almoina in 75 BCE – are known from archaeological evidence. At Cerro de la Cruz, the Romans enslaved 10,000 people and killed 500 of them; At La Almoina, they shook and killed 14 unarmed men. According to the study, one man was beheaded, another was beheaded, and many were severed.

However, the La Hoya massacre predates the Roman conquest in northern Spain, so it is possible that political instability and deadly conflicts were already underway between Iberian rivals before the arrival of Roman forces.

The authors of the study reported that an attack on La Hoya, which was politically and economically important in the region, was likely to have dramatic consequences on the balance of local power, “either by creating a power vacuum or that of a rival community. By strengthening the position. ”

Because the bodies were left uninhabitable, the village was probably abandoned after slaughter. According to the study, some people have analyzed the La Hoya site, which previously suggested that the city’s people could live and continue in La Hoya for centuries after the assassination. But the condition of the remains and remains preserved after the attack makes that scenario highly unlikely, “scientists wrote that the scale of death and destruction was met with excavation.”