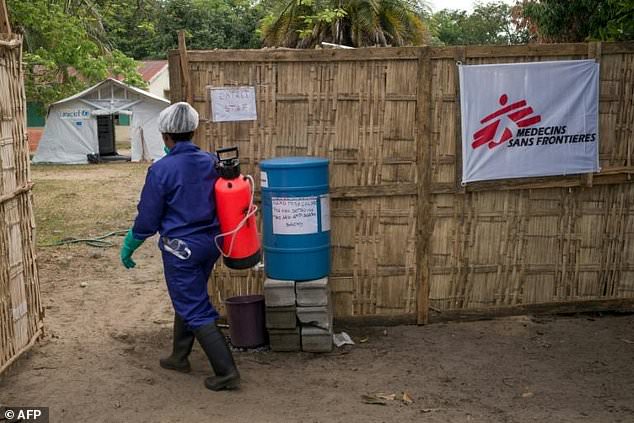 A plague outbreak that has claimed 128 lives in Madagascar has slowed down, health authorities on the island nation said Tuesday, citing a decline in the numbers of the infected and dying.

“There is an improvement in the fight against the spread of the plague, which means that there are fewer patients in hospitals,” Dr. Manitra Rakotoarivony, Madagascar’s director of health promotion, told local radio.

“There are almost no more deaths due to the plague… in recent days,” he added.

The highly contagious plague has caused alarm across the poor Indian Ocean island since August, spreading to the capital Antananarivo and other cities.

The plague has infected more than 1,130 people and forced the closure of schools, universities and a ban on public gatherings.

Students from private schools in Antananarivo resumed clbades on Monday despite the education ministry suggesting postponing the start of the school year until November 6.

Health checkpoints are in place across the country, with pbadengers travelling on buses and taxis needing to pbad a check with a thermometer.

The current outbreak is unusual as it has affected urban areas increasing the risk of transmission, according to the World Health Organization.

WHO has delivered 1.2 million doses of antibiotics to fight the disease while the Red Cross has been training hundreds of volunteers on the island to publicise preventative measures.

Plague bacteria develops in rats and is carried by fleas.

In humans, the pneumonic version is transferred through coughing and can be fatal within 72 hours.

Most of the victims recorded in Madagascar have been infected with the pneumonic form. The bubonic form is less dangerous.

Both plagues can be cured using antibiotics if given quickly.

Sorry we are not currently accepting comments on this article.