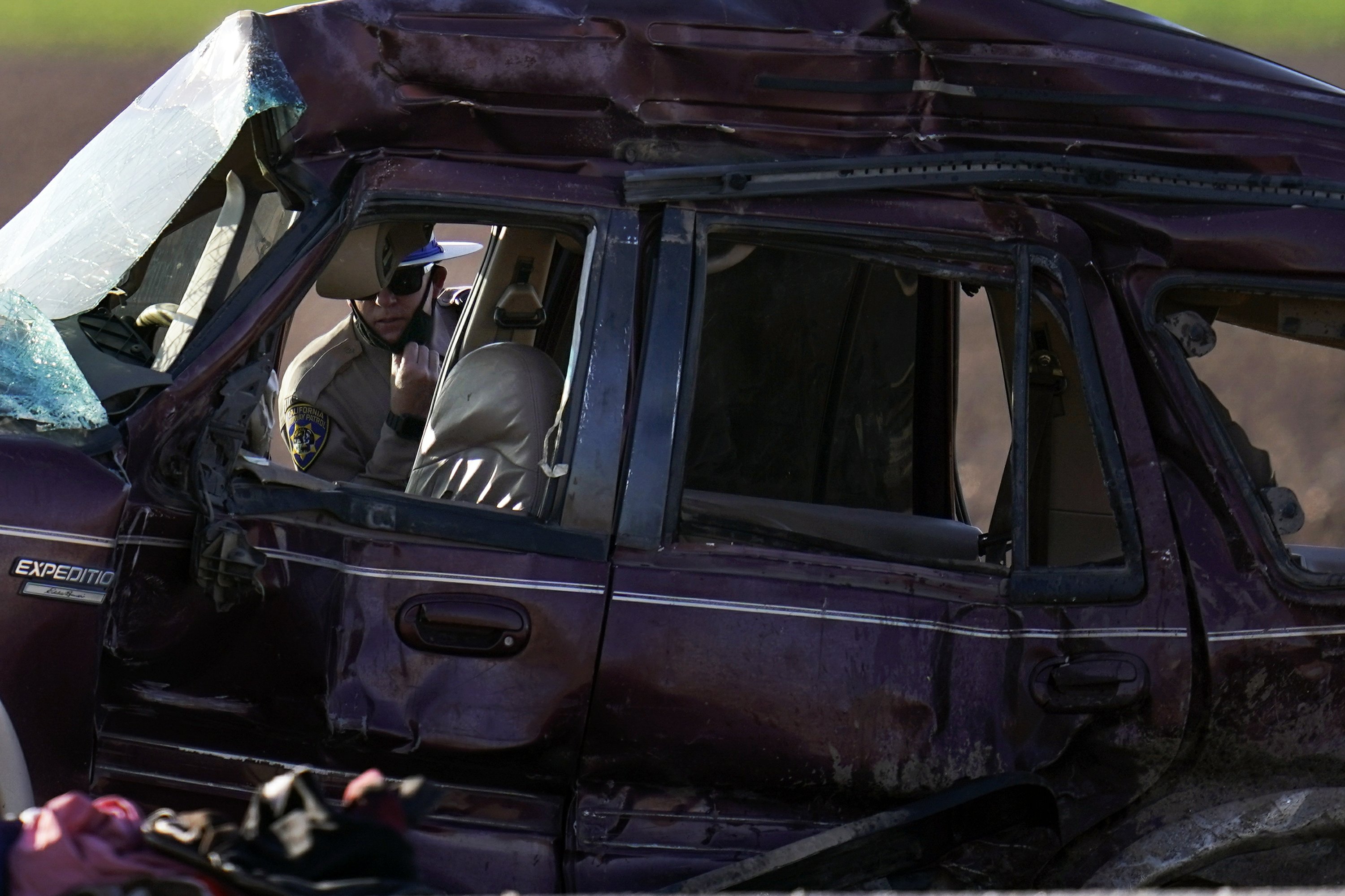 HOLTVILLE, California (AP) – Just a mile from where a pickup truck with 25 people collided with a trailer truck, killing 13 inside, a cemetery with unmarked bricks is a graveyard for migrants who died crossing the border from Mexico to remote California. Desert.

Authorities are investigating whether human trafficking was involved in the early Tuesday morning collision that killed the 22-year-old male driver of the van and 12 passengers. The Mexican government said that 10 of the dead were Mexican citizens and that the nationalities of the other three who died were not determined.

The seats of the 1997 Ford Expedition were removed, except for the driver and right front passenger, said Omar Watson, head of the California Highway Patrol border division.

The cause of the collision was undetermined, authorities said, and it is also unknown why so many people were crammed into a vehicle built to hold eight people safely. But smugglers have been known to package people in extremely unsafe conditions to maximize profits.

The accident occurred during the peak of the harvest in California’s Imperial Valley, which provides much of the winter lettuce, onions, broccoli and vegetables to American supermarkets. Holtville, a city without traffic lights with a roundabout in its large central square, calls itself the carrot capital of the world. 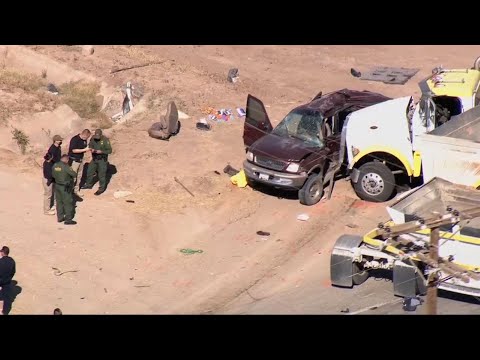 The area became a major route for illegal border crossings in the late 1990s, after increased law enforcement in San Diego pushed migrants to more remote areas. Many crossed the All-American Canal, an aqueduct that runs along the border and delivers water from the Colorado River to farms through a vast network of canals.

At the rear of the Terrace Park Cemetery in Holtville, individual bricks, rows of them, mark the unidentified remains of the people who died, many of them migrants.

In 2001, John Hunter founded Water Station, a group of volunteers who leave jugs of water in giant plastic jerry cans for dehydrated migrants.

“I was trying to figure out how to stop the killings,” said Hunter, whose brother Duncan strongly advocated building the border wall as a congressman.

Illegal crossings dropped dramatically in the mid-2000s, but the area remains a draw for migrants and was a priority for wall building under former President Donald Trump. The first wall project of his administration was in Calexico.

The US Immigration and Customs Enforcement Service said Tuesday night that agents from its Homeland Security Investigations unit “have launched a human trafficking investigation (into Tuesday’s accident). The investigation is ongoing and no further details are available at this time. “

When police reached about 125 miles (200 kilometers) east of San Diego, some passengers were trying to get out of the crumpled truck while others wandered through the fields. The front of the platform was pushed to the left side of the truck and two empty trailers were stabbed behind it.

“It was a pretty chaotic scene,” Watson said.

The Border Patrol said its agents were not pursuing the vehicle.

The people in the vehicle were between the ages of 15 and 53 and were a mix of men and women, authorities said. The driver was from Mexicali, Mexico, across the border, and he was among the dead. The 68-year-old driver of the large platform, a native of El Centro, was hospitalized with moderate injuries.

Passenger injuries ranged from mild to severe and included fractures and head trauma. They were treated in various hospitals. One person was treated at a hospital and released.

The accident occurred around 6:15 a.m. under clear, sunny skies at an intersection on the outskirts of Holtville, about 11 miles (18 kilometers) north of the border. Authorities said the trailer truck and its two empty containers were heading north on State Highway 115 when the van stopped in front of it from a highway with a stop sign.

A report from the California Highway Patrol said the SUV entered an intersection directly in front of the large truck, which struck the left side of the SUV. Both vehicles stopped on a dirt shoulder.

It is unclear whether the SUV passed a stop sign or stopped before entering the highway. Speeds were also unknown.

The speed limit for trucks on the highway is 88.5 kph (55 mph), according to CHP Officer Jake Sanchez. The other highway is also 55 mph for vehicles.

A 1997 Ford Expedition can carry a maximum payload of 2,000 pounds. If 25 people were inside, that would easily exceed the payload limit, which tests the brakes and makes driving difficult, said Frank Borris, former chief of the Office of Defect Investigation at the National Highway Traffic Safety Administration. .

“You’re going to have extended stopping distances, delayed reactions to steering wheel movements and a possible overreaction to any type of lane change at high speed,” said Borris, who now runs a safety consulting business.

SUVs that age tended to be very heavy even without carrying a lot of weight, Borris said.

“With all that payload above the vehicle’s center of gravity, it will make it even more unstable,” he said.

The accident occurred in the middle of green farms that grow a wide variety of vegetables and alfalfa that is used to feed livestock. Many workers commute from Mexico during the winter harvest, taking buses and vans to the fields from downtown Calexico just before sunrise.