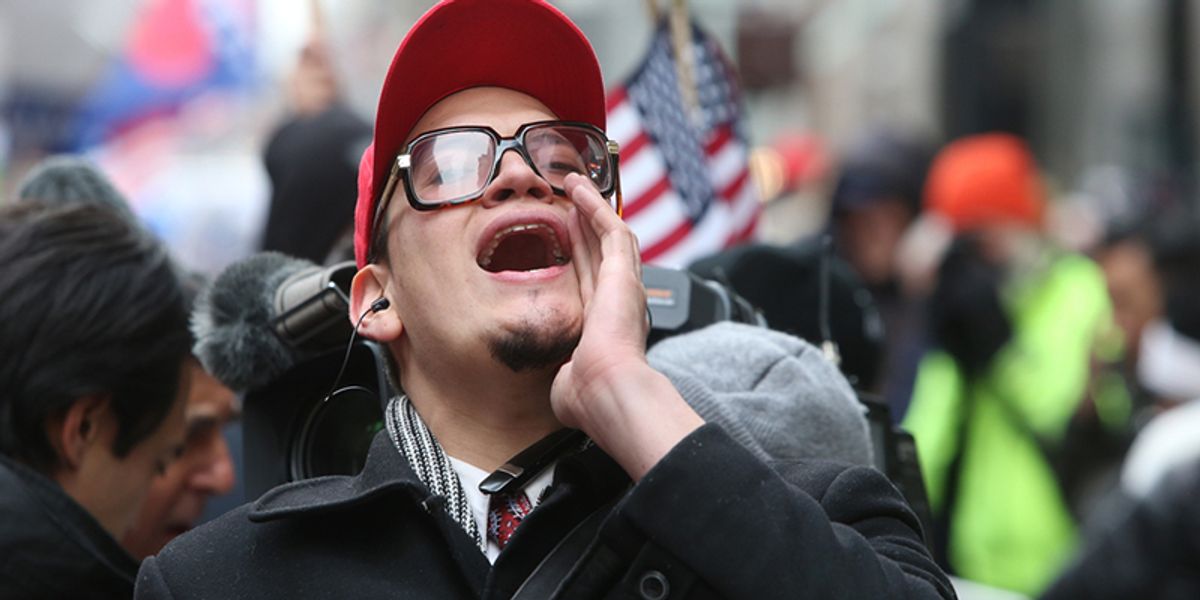 Qanon’s supporters have become convinced that Washington, DC has been “disbanded” prior to the supposed re-inauguration of former President Donald Trump.

Some conspiracy theorists believe that the former president will return to power on Thursday, on the date of March 4 which had been Inauguration Day until the 20th Amendment was passed in 1933 and set that date as January 20, and they point to the absence of “DC” on Google and Apple maps to back up their claims, Newsweek reported.

Google does not label the nation’s capital with DC, but it does identify the District of Columbia at the state lines.

“I just looked for Washington DC on my iPhone Apple Maps and it only shows Washington, not DC. This is the same for Google maps and mapquest,” replied a follower. “DC is disbanded.”

Trump supporters complained that Google and Apple maps were not providing an address to Washington ahead of the January 6 “Stop The Steal” protest that turned into the deadly insurrection, but independent fact-checkers have discredited. those claims.

From the articles on your site

Related Articles on the Web