David Peterson argues early for a spot in the Mets’ rotation 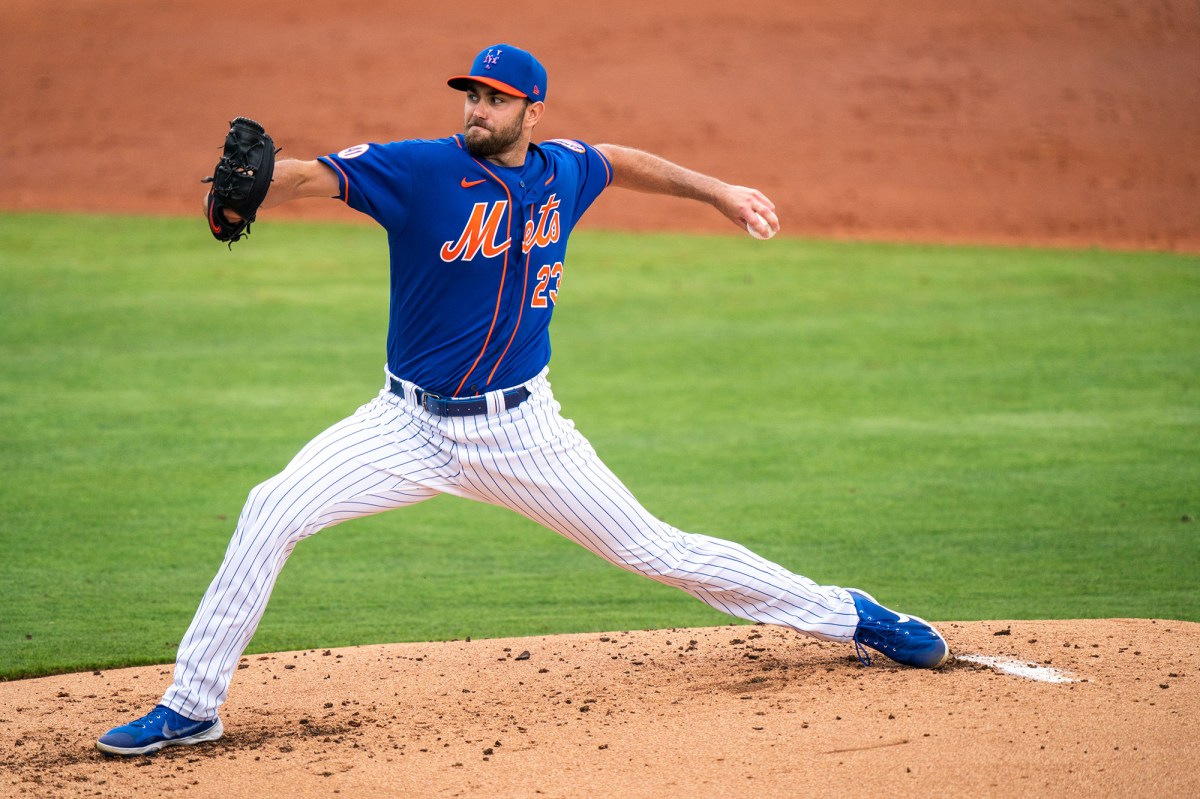 PORT ST. LUCIE – David Peterson should be considered a fifth-place favorite in the Mets’ rotation based on his strong rookie season, but every spring camp needs job competition.

On Thursday, the left-hander took a solid initial step to reclaim the spot by pitching two scoreless innings in the Mets’ 8-4 exhibition win over the Nationals at Clover Park. Peterson allowed one hit off 26 pitches and also sank Kyle Schwarber in the first inning.

“It’s nice to go into camp and face the guys and all that, but once you start going into games and you face guys in a different jersey, that’s when it starts to be fun,” Peterson said. “I felt good about what I did today.”

An afterthought when spring training began last year – he had never pitched above Double A Binghamton – Peterson’s stock rose in summer camp. He became a necessary component of the rotation after Noah Syndergaard underwent Tommy John surgery and Marcus Stroman broke a calf in summer camp before finally opting out of the season.

Peterson, the organization’s first pick in the 2017 draft, thanked the Mets for the opportunity to go 6-2 with a 3.44 ERA and a 1.208 WHIP in 10 appearances for the team. But that wasn’t enough to give him a job going into spring training.

“We have to pay attention to recent events, so what is happening now has to be a factor in the final decision,” said manager Luis Rojas. “Obviously we take into consideration what happened last year, knowing that the experience and the feeling are there, everything is there. But what we see now knowing that we have depth with the guys at camp, we know that we can have a bit of competition. “

That competition includes another southpaw, Joey Lucchesi, who came in a three-way trade with the Padres and the Pirates. Another experienced MLB pitcher, Jordan Yamamoto, arrived in a trade with the Marlins.

They all fight for a place behind Jacob deGrom, Stroman, Carlos Carrasco and Taijuan Walker. The Mets are hopeful Syndergaard can return from rehab in June to provide another high-octane arm.

“I went in and had a meeting with Louie, and he explained it to me and said he wanted to see me compete,” Peterson said. “I told him I was ready to come to the camp and fight for a place, and that was the goal. I want to help the team win every five days, and that’s what I came here to do, so I focus on that. “

Peterson, Lucchesi and Yamamoto are the same in that they all have minor league options available. There is also the possibility that Rojas will use a starter in the rotation to pitch ahead of whoever is selected.

Rojas admits it is “of great value” to have a southpaw in the rotation, but he also noted that Lucchesi fits that description. But Rojas liked what he saw of Peterson in this early start.

“There were a couple of close pitches that he didn’t make in the first inning, but he fought them,” Rojas said. “That was a really good start for him, going out and throwing strikes.”

The challenge for Peterson will be to work on areas for improvement without losing sight of job competition.

“I focus more on where I can improve, where I can improve, than on playing with things,” Peterson said. “At the end of the day, when I go out and pitch in a game, it’s about competing and getting the guys out and doing my job, and that’s the mindset I brought to camp.”