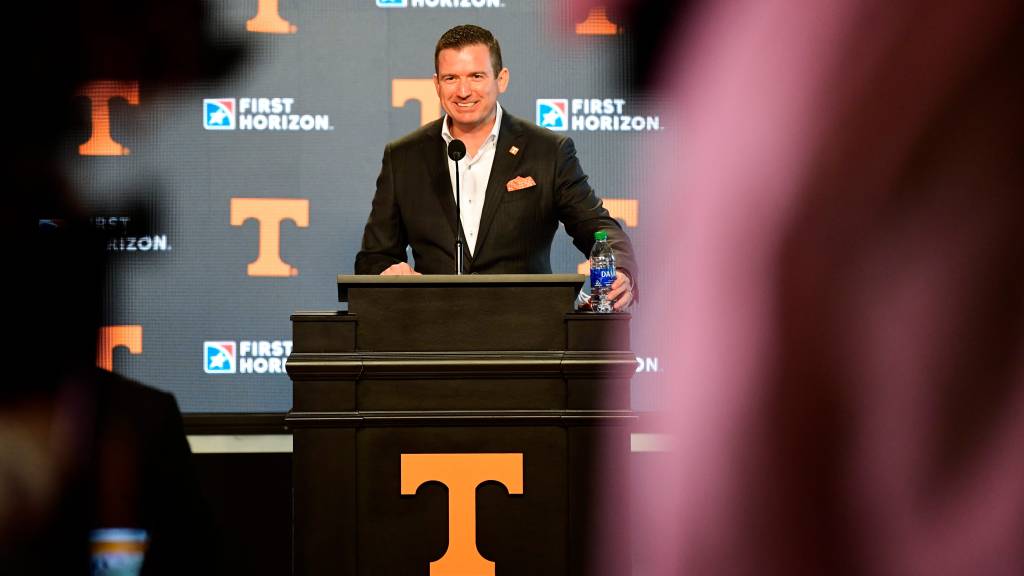 Tennessee introduced Danny White as its athletics director on Friday.

White comes to Tennessee from the University of Central Florida.

During White’s introductory press conference, he discussed his process in the search for Tennessee’s next football head coach.

“Ideally, in the era of social media and everything, it starts and ends with student-athletes,” White said. “I’ve been able to accomplish this in all three of my football searches.”

As Director of Athletics at Buffalo, White hired Lance Leopold away from his alma mater, Wisconsin-Whitewater, where he won six NCAA Division III National Championships (2007–2011, 2013–2014).

After the 13–0 2017 season, White hired Josh Zupel when Frost departed for the same position at his alma mater, Nebraska. Hoopel came to UCF from Missouri as the Tigers’ offensive coordinator and quarterback coach.

White mentioned that he wants to communicate with his student-athletes for the first time when he talks about hiring a head coach.

“I want them to first find out who their new coaches are,” White said. “There is so much going on in between. I’m going to do a lot of homework. I have spent a lot of time researching and calling. I am fortunate to have a very important network in intercollegiate athletics and I think this is probably due to my way of growing up. I can get a candidate’s opinion from people and really understand who they are from a character’s point of view. I do not even want to interview anyone if I have a question about it.

“We need to make sure that the person we are bringing in to run our program is going to do it properly, is going to be done right by these kids and an aggressive vision to get us highly competitive Is going to keep – so I don’t know if I can offer more detail than this because it’s a very fluid situation. “