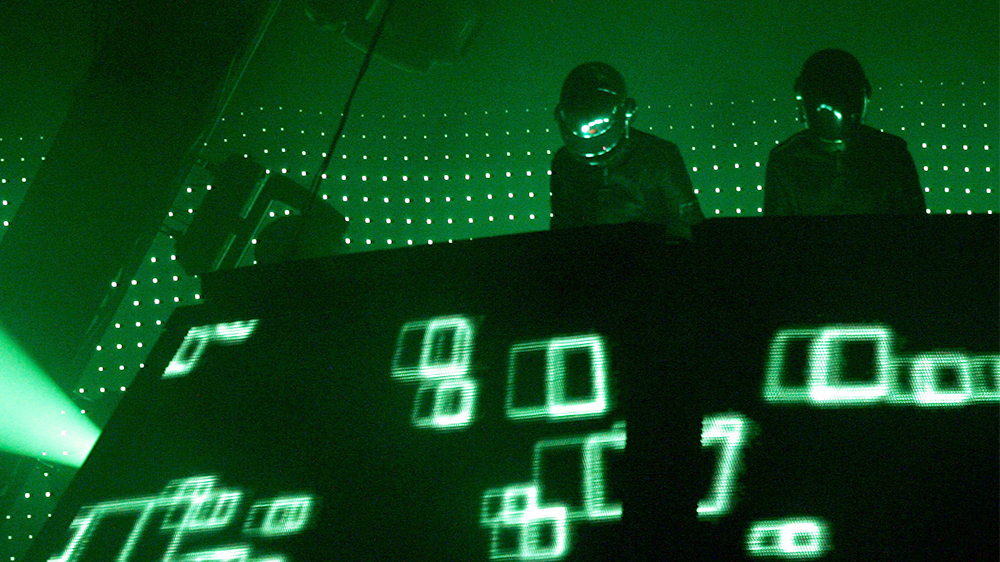 Innovative French duo Daft Punk stunned the music world on Monday morning by announcing their breakup through an elaborate video. The announcement was all the more surprising because he has been largely dormant since his 2013 album “Random Access Memories” won the Grammy for album of the year and he stopped performing live after his triumphant 2007 world tour. The two Songs they recorded with The Weeknd on their 2016 album “Starboy” may be their latest high-profile releases like Daft Punk.

However, about 15 years ago it seemed that the group could be in the last: their 2005 album, “Human After All”, was considered a flop, received lukewarm reviews and sold only 10% of the copies that its predecessor of 2001. “. Discovery.” Plans for a much-discussed tour were shelved until Coachella called with a six-figure offer, allowing Daft Punk to finally realize its ambitions on the concert stage, and on that dazzling stage, the songs from “Human After All.” they made sense. The result was an unparalleled audiovisual spectacle that had not been seen in electronic music before, with many attendees calling it the best concert they had ever seen, and more than one critic calling Coachella’s exhilarating stage the birth of EDM.

In August 2007, the day after dazzling 12,000 fans at Keyspan Park in New York’s Coney Island, Daft Punk’s Thomas Bangalter and Guy-Manuel de Homem-Christo took off their robot helmets and sat down for their first interview at America in many years. In these unreleased excerpts, they discuss how Coachella got the tour up and running, their plans to release a live album of the shows, and what they hoped to accomplish in the years to come.

Items from this interview appeared on Billboard in 2007; The following is an edited version of the full conversation.

Why do you think there has been such a powerful reaction to this tour?

Guy-Manuel de Homem-Christo: I think it is a combination of factors. First, it’s weird: [Normally] when you make a record, you go on tour. The “Discovery” album was a pretty successful record, but we didn’t tour after that. Also, I think especially in the United States, it took a while for people to get to know the music. House music or electronic music in general does not [widely popular] in the United States 10 years ago, but now it is widespread everywhere, on the radio and in supermarkets. It always takes a lot longer for artists from outside the United States to get to know each other here, even if they had a lot of fans at the time.

It’s quite unheard of for an electronic group to perform in front of 12,000 people like they did last night at Coney Island.

Thomas bangalter: Yes, but we have been playing many sold-out shows throughout America and Europe. Maybe it’s the fact that we started playing shows last year, like Coachella and in France. People got really excited about the shows, so more and more people are coming. Overall, I think this tour will have been between half a million and 650,000 people watching the shows. It’s definitely a lot of people, but I don’t think it’s simply because we haven’t been on tour for 10 years.

Did you decide to tour based on the offers you received or did you think creatively it was time to do some shows?

Bangalter: It was a combination of both. The interesting thing was that Coachella was a great deal financially, and that triggered the ability to take the show to the next level. We were ready to play again, we never did anything for the money or tried to profit from it. But we have crazy ideas and these ideas can be expensive. The ideas we had for this tour require 20 people on the road; It’s not like these big rock stars with hundreds of people. But it is still a big challenge: lots of technology, computers and equipment. Knowing that we could now do things that we couldn’t do when we were playing in a 1000-person venue unleashed crazier ideas and the ability to make it happen.

BangalterWe have 15 tons of equipment, including prototypes or modified regular technology, things that we have redesigned. We build the custom pyramid. We created a production company, Daft Arts, in Los Angeles, to work on [the duo’s 2006 film] “Electrome”. We really used it, in the same way that we would produce a music video, to come up with a totally independent version. There’s a lot of technology and troubleshooting and custom computer building. We work with Ableton Live, which is really the core of the performance right now – we have the music and the lights in sync. It really brings robots and people to life, within this universe that we have worked in for the last 12 years.

So with all that technology, what are you really doing there during the concert?

Bangalter: We control the music and some of the signals with the lights. It gets technical. We have synthesizers and remote controls in the pyramid. All equipment is in large and large towers on the side, with Ethernet remotes. They are new things. But it’s fun, because we’ve tried to really tackle it from scratch and redesign a whole team that will allow us to do what we want to do. We want to be able to loop stuff, mix, filter EQ, and transpose. It’s a bit chaotic. But what we focus on is what you get from the show: an intense experience of music, lights, and robots, with a fine line between fiction and reality. That’s really the concept of this tour, which was not the concept of the things we were doing 10 years ago. We wanted to create an intense experience.

But if you suddenly decide, in the middle of the set, that you want to do a 15-minute version of “One More Time,” can you do it?

Bangalter: The program allows you to do it, but the program as it is now does not. It works with a combination of music and visuals. So what we’ve worked on the most is the ability to change things within certain time frames, but we still have to move to a certain point or the next song. Ten years ago, we weren’t interested in such a visual implementation – it’s a total representation of what we’re trying to express, and not just audio. We really see it as a kind of abstract storytelling – an audio / visual revelation, from a very minimal monochrome start to a multi-colored finish.

We have really tried to reinterpret each song so that they connect with each other, in the middle of this mash-up concept. We have a very accurate picture of the evolution of the three albums we made [1997’s “Homework,” 2001’s “Discovery” and “Human After All”], despite the moderate response we got for the last one. Many of the tracks [“Human After All”], which has not been well received by critics and perhaps not by the audience, have garnered a stronger response when we portray them on the show. It was very important for us to try to express that: this kind of triangle that exists between the three registers. I think the tour has been successful in that regard.

Kanye West’s new song, “Stronger,” is at No. 6 on the Billboard Hot 100 this week. What do you think of his “Harder, Better, Faster, Stronger” display?

Bangalter: We did “Harder, Better” seven years ago and then he tried it. We had used a sample of Edwin Birdsong’s “Cola Bottle Baby”, and then he tasted the a cappella we used. It’s kind of funny. It is quite symptomatic of this sampling circle and being sampled and passed on to the next producer, especially coming from white children in America and France and passing it on to urban culture. We did the same in a different way with Busta Rhymes, who used a “Tech” sample. We have always been very open and excited about unexpected connections.

Did you meet Kanye?

by Homem-Christo: Yes. The song is really cool and we really like it. When we met him, he was as much a fan of his work as we were. It was as if we had collaborated with him in the study. I was happy to see that we liked it so much. It’s not a studio collaboration, but the vibe of the music that we do separately is connected to what he did with the song. It’s really great. On the way to San Francisco, at the airport, we heard it on Power 106 in Los Angeles. The DJ had edited our song at first and then it became his song.

What are your thoughts on the way the brand has become so prevalent in dance music culture?

Bangalter: We are part of the older generation in a way, where people were still selling millions of records. We have been fortunate to present our name at a time when it was perhaps an easier process than now. And we’re lucky enough to be able to make a living and go on tour and work on experimental projects. We’ve really tried so far to stay out of the exclusive offers: “Robot Rock” was on “Entourage” last week and “Technologic” was on an iPod commercial. That is just part of the culture. We do not reject it. It can be the soundtrack of everyday life. We are happy to be a part of it. But so far, we are not officially sponsored by one brand exclusively.

How long do you think it will be before Daft Punk releases an album or tour again?

Bangalter: That, we cannot answer. We didn’t decide on the release date before making the music. I think the good thing is that we are always trying to do something that has not been done or, ultimately, that we are not yet doing ourselves. That’s how we feel about the movie and this tour. It’s a challenge to go back into the studio and work with ideas that we haven’t expressed before. Some ideas take time, but others only take a few weeks. Then we’ll see.