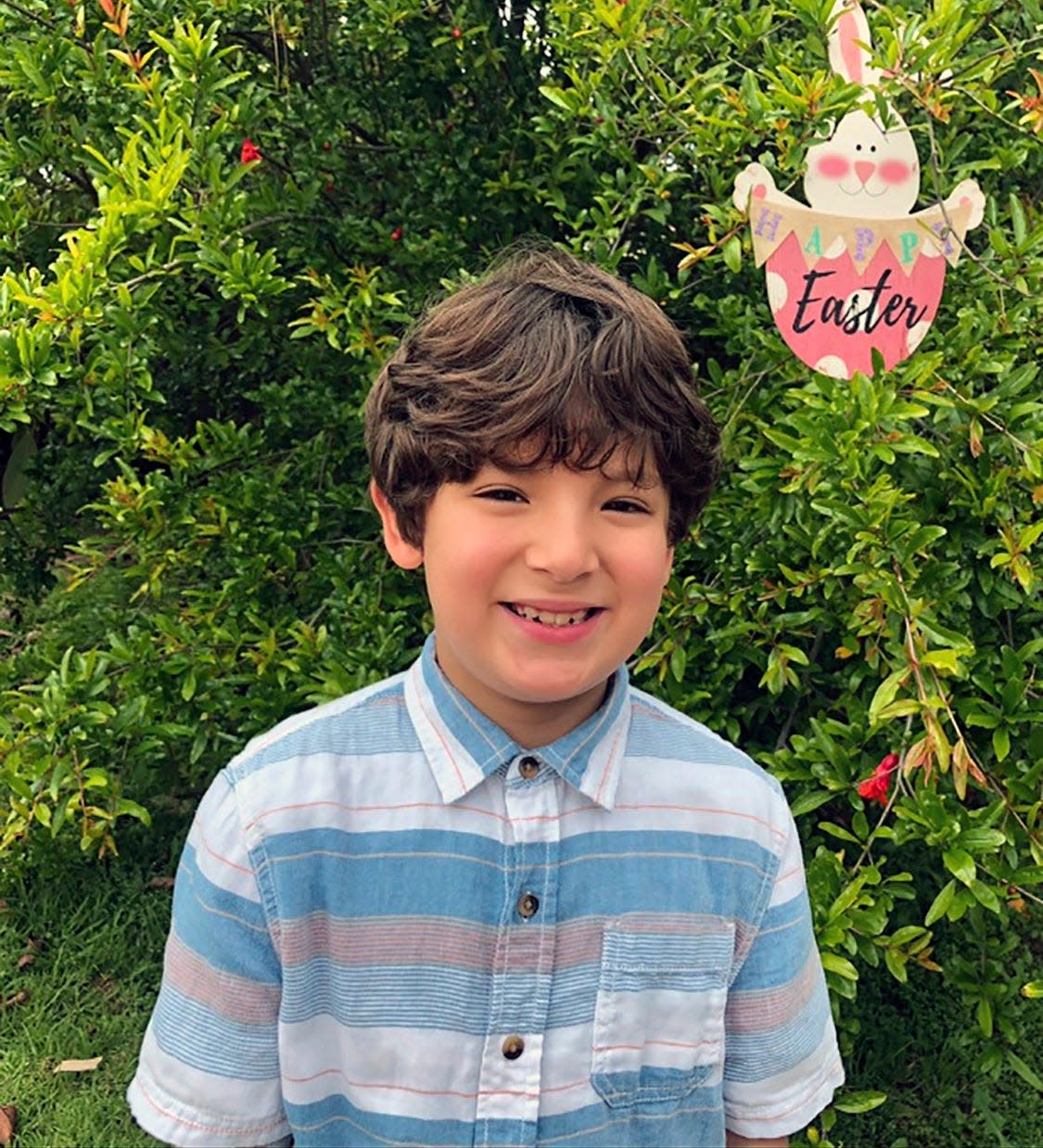 The smiling boy who ran up to him every morning to give him a hug. The kid who once blurted out that he was going to play soccer because he was “too good at basketball.” The 9-year-old boy called “my favorite” by the teachers at Hoover Elementary School.

But now there is another image: a boy with curly brown hair in his mother’s arms, killed Wednesday during a shooting in Orange, California.

As police search for a motive and family members grapple with grief, Farias said he will never understand why the gunman targeted a child.

“I’m so shocked. I’ve never met this person, animal,” Farías said, crying. “Innocent people did not deserve to die. I am here with my pain … He was my only son, my life.”

Matthew Farias was one of four people who died inside Unified Homes, a mobile home broker. The other dead were identified by the Orange Police Department as Luis Tovar, 50; Leticia Solis Guzman, 58; and Jenevieve Raygoza, 28. Tovar owned the business.

Matthew’s mother, Blanca Tamayo, a Unified Homes employee, was injured but survived. Farías said she was cradling her son when they were both shot.

“My angel, he saved his mother from dying,” added Farías. “He took the bullets for her.”

The suspect, a 44-year-old trucking company owner, was wounded by police during a shooting at the business and now faces four counts of murder and three counts of attempted murder.

Authorities said the attacker locked the doors outside the office building to prevent the victims from escaping. Police have not released a motive for the uproar, but said they believe the gunman had some connection to the business and that the assault was not random.

Rafael Farias said that his son was always cheerful, a leader in sports and the classroom. In a Facebook post, he wrote: “RIP my dear son. I miss you so much already. I will fight hard for JUSTICE for you son!”

Families of the victims shared other messages on social media and launched GoFundMe pages for donations.

“My heart is heavy as I try to understand and accept what has happened,” wrote Thalia Tovar, daughter of the owner of Unified Homes. “Please keep everyone affected in your prayers, including our loved one (Tamayo) who is still fighting for his life in critical condition.”

Another GoFundMe page, on behalf of the Raygoza family, notes that “Gen” is survived by two young children, as well as her husband, Armando Raygoza.

“Losing your mother at 4 and 8 years old has no description, and losing her in this senseless way will never be a closed story for these wonderful children,” wrote his brother-in-law Alberto Raygoza.

She added that children love Easter egg hunts, adding: “We will give the children the Easter that Gen had planned for them as a way to honor his life.”

As of Saturday afternoon, the accounts had received more than 1,750 contributions totaling nearly $ 100,000.